New York (November 20, 2018) – Back To The Future, Toy Story, and Indiana Jones are among America’s most wanted movie franchises, according to a poll from Morning Consult/The Hollywood Reporter.

The survey, conducted Nov. 8-11 among 2,201 U.S. adults, reveals the movie franchises Americans love the most.

Americans are eager for a “Back to the Future” film: The 80s trilogy received the highest percentage of respondents saying they’d be likely to watch another film from the series (71%).

Most (54%) of the public has watched all of the “Back to the Future” series.

Comparatively, just 36% of the public has seen all the “Star Wars” films

Republicans are divided on supporting (39%) or opposing (40%) a black James Bond. Half or more Republicans oppose other racial minority Bonds and a female or gay Bond. Democrats are more supportive of a non-white-male Bond than Republicans are, but divided on a gay Bond (41% support, 40% oppose) 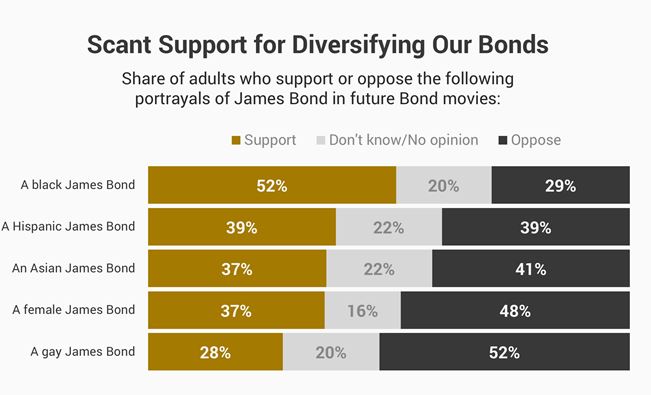 Sean Connery is America’s favorite James Bond, but Pierce Brosnan is a close second. Eighty-two percent and 81%, respectively, have favorable views of the two actors as Bond. 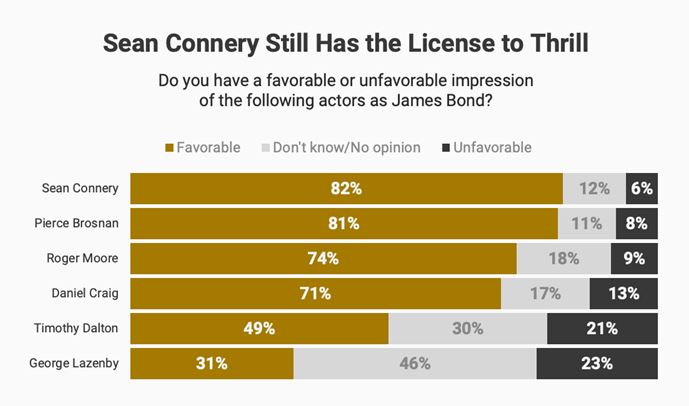 This poll was conducted from Nov. 8-11, 2018 among a national sample of 2,201 U.S. adults. The interviews were conducted online and the data were weighted to approximate a target sample based on age, race/ethnicity, gender, educational attainment, and region. Results from the survey have a margin of error of +/- 2 percentage points.