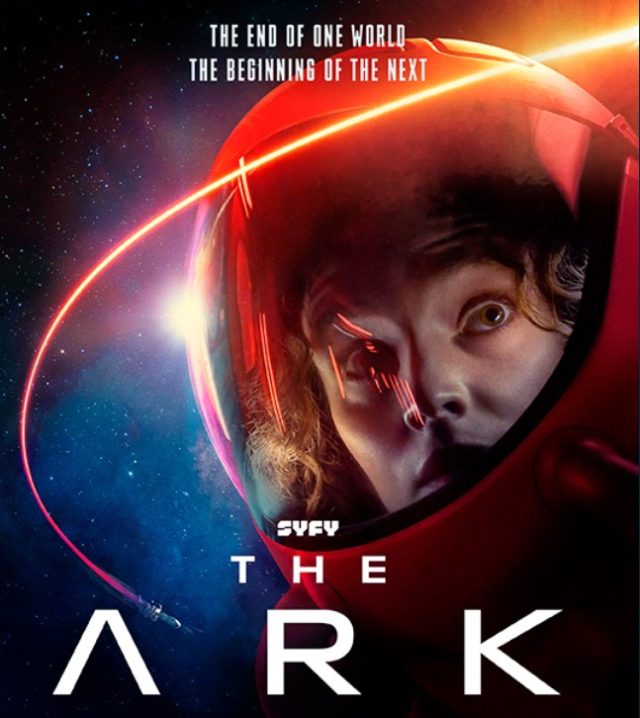 “The Ark” takes place 100 years in the future when planetary colonization missions have begun as a necessity to help secure the survival of the human race. The first of these missions on a spacecraft known as Ark One encounters a catastrophic event causing massive destruction and loss of life. With more than a year left to go before reaching their target planet, a lack of life-sustaining supplies and loss of leadership, the remaining crew must become the best versions of themselves to stay on course and survive.

The media had the opportunity to watch the first four episodes before the TCA Winter Tour press day.

We have to start out saying that we can’t wait to see episode 5 and each of the rest of the 12 episodes.  This sci-fi series is really a fingernail biting series.  It’s a rush to watch each episode to find out what happens next with some of the characters, leadership, broken and missing parts and way too cool costumes.  What a concept for this new series, which some of the younger generation may indeed be experiencing this type of storyline for real (so pay Attention!)  Space travel and living up there trying to find a new place for earthlings one year.  So don’t miss out on this exciting and thrilling new Syfy “The Ark” series starting February 1st in the year 2023!

On Sunday, January 15, 2023 at The Langham Huntington, Pasadena, during the TCA Winter Tour was NBCUniversal Day and part of the programming was Syfy Network introducing their new show called The Ark. The panel that day was as follows:

The first question for the panel was for Creator/Co-Showrunner/Executive Producer Dean Devlin.

Does “The Ark” bring together your fondness for science fiction, disaster, and sort of whodunit, what done it?  Can you talk about creating the show?

Mr. Devlin said “whenever you do any show, there are problems you have to deal with, from budget to scheduling and getting a crew together.  In doing this show, the first day I actually walked on set, I’m suddenly 12 years old again and it’s like I’m on a spaceship, so it tickled every creative bone I have.”

The Hollywood Times had a opportunity to ask a couple of questions:

DEAN DEVLIN:  I had never done serialized television before.  I worked with Jonathan on a show called “The Outpost,” and he really gave me this fantastic education in how to tell those types of stories, and I was amazed at his wizardry in taking these stories and teasing them out and making them twist and turn.  So, after I wrote the pilot of this, the first phone call was to Jonathan, begging him to be part of the show.  Luckily, I have these Polaroid pictures of him.  So, I was able to get him to do the show.  But I would say that, to me, my favorite aspect of the show that I think makes this unique is the idea that, in the very opening scene, all the people who are supposed to lead this mission are killed and that while these are very talented people who are on board, they weren’t supposed to be in charge, not for a long time.  They were supposed to be mentored.  And, so, this is really a story about human spirit, about becoming the best versions of yourselves, and that, I think, is what sets this apart from other shows like this.

JONATHAN GLASSNER:  That and it’s set only about a hundred years in the future.  So, our technology is much more down to earth than, say, the “Star Treks,” for example.  If you look at our sets, there’s literally pieces of stuff that could exist today technology‑wise.  We don’t have tricorders and shields and all of that stuff, which makes it much more difficult to tell a story because you don’t have the magic, “Oh, just turn on the shields,” or “Oh, he’s sick.  He’s got this disease.”  We don’t do any of that, and it gives us so much more drama to play with.  For example, all of the doctors on the ship have been killed except for one, and so she’s overwhelmed with this ship with, like, 150 or so people on it, half of them injured, and she doesn’t have all of this special technology.  She has a little more advanced than what we have today.

Q: Hi, good afternoon.  I had a question for the talent.  What was it like preparing for this role?

CHRISTIE BURKE:  Oh, wow.  It was insane.  I mean, I never thought I would ever be on a sci-fi show working with, like, in my opinion, the legends of sci-fi and, like, just getting ‑‑ I know you guys feel this way too, but, like, getting to go to set in these, like, space outfits.  I felt like literally exactly what Dean just said, like I was a 12-year-old getting to do all the bucket list things.

REECE RITCHIE:  Yeah.  I mean, we turned up in Serbia, and there was just this phenomenal spaceship that had been built and it was 360 degrees.  You know, like, usually when you’re in a studio, you don’t have a roof.  The lights are there.  We had so much corridor to work with and this young, fresh eclectic cast that was super fun and just brought so much to each of their characters.  I think that’s the true secret of what both Jonathan and Dean do, is they’re so good at ‑‑ I mean, myself excluded, so good at casting, because everybody was just so energetic and bright and played their parts so intelligently that for me, at least, it made it such a joy to work on.

RICHARD FLEESHMAN:  Yeah, absolutely.  And the best thing about this for me personally, as I’ve said before, is kind of every day was a new box of toys that we got to open.  So, every so often, you’d find this new gadget or this new thing or this new suit or this new shuttle you had to fly.  And, so, it was the gift that kept on giving, really.  It was amazing.

At one point Dean Devlin said “the reality of the show is that it isn’t a show about laser beam fights with strange aliens.  It is about characters who are in this pressure cooker of a situation, as we watch these people trying to become the best versions of themselves in a very short period of time and the stakes are life and death.”

The three cast members were ask “when you were little, what was your favorite science‑fiction story or TV show or movie?”

CHRISTIE BURKE:  Oh, my goodness.  What a question. I think humans are really ‑‑ or, at least, I am.  I can only speak for myself.  But I feel like there’s something enticing about the unknown.  I definitely feel like the abyss is scary, but, also, there’s so much potential because we don’t know a lot about it.  And I think space shows and science fiction do a really great job at answering some of those questions we as humans might have.  But, also, I’m very dramatic, and so I love shows that are life and death.  Let’s just cut to the business, you know.  So, I do really revel in that, science‑fiction shows, I mean, my dad, he builds sets for movies, and so I grew up kind of on these spaceships that he would build and just was, like, this is crazy and then actors come, and they do this job.  And it was so ‑‑ I was always very curious about that world.

But I think my favorite would probably be ‑‑ I’m a huge Steven Spielberg fan, so I’d probably say like “ET.”  I used to have an ET doll as a kid.  I obsessed with it.  My mom thought it was very morbid and weird.

And then, Richard brought something up the other day, which is “Power Rangers,” which I completely forgot about.  When I was five, I used to never take off the Pink Power Ranger outfit, doing cartwheels around my parents’ house.

RICHARD FLEESHMAN:  Yeah.  That was definitely my favorite growing up.  That was the thing that I mean, some titles are just a given.  You know, the “Star Wars,” those sorts of things, the ever present, the “ET”s and stuff.  But for me, my first ever fascination with sci‑fi came from being a kid and just being obsessed with the “Power Rangers” movie.  Take from that what you will.

REECE RITCHIE:  I think what’s really cool about sci‑fi is, just going off of what you were saying about the stars, everybody on Earth has that in common.  We all have the same sky.  We’ve all stopped and wondered and looked up to the stars and gone, “What’s out there?”  I believe we have that inherent curiosity.  So that’s what I think, as the human race, we find enticing about sci‑fi is that kitchen‑sink dramas don’t necessarily tackle that, where sci‑fi has the boldness to go there, where no man has been before.  And then, my favorite, I liked “The Terminator” when I was young because of the quote “I want your clothes, your boots, and your motorcycle.”  So, I used to ‑‑ the 8‑year‑old Reece.

I would go into the kitchen when I was hungry and turn to my mom and say, “I want your clothes, your boots, and your motorcycle.”  It’s a great quote.

Photos of the some of the cast members (Courtesy of Syfy): 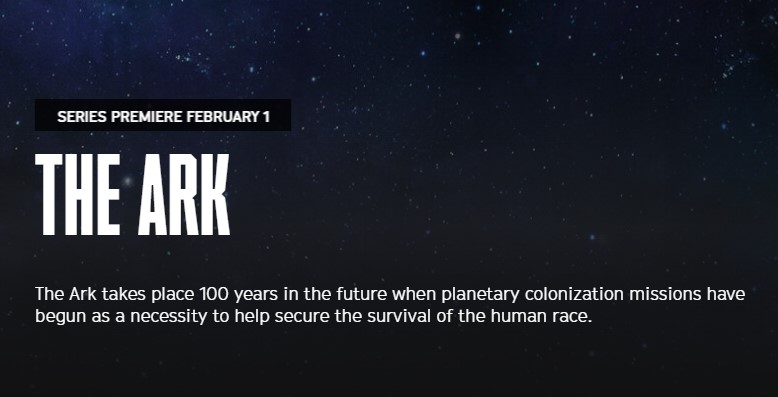