Curated Content Explores Perspectives of Native Peoples with Programs That Include Without a Whisper: Konnon:Kwe, The Warrior Tradition, The People’s Protectors, La Loche and Films from WORLD Channel’s AMERICA REFRAMED

(Clockwise from top left: Without a Whisper: Konnon:Kwe,  TENDING NATURE, The Warrior Tradition, La Loche and The People’s Protectors. (Images courtesy of PBS and KCET)

Programming will also be available for streaming on PBS platforms, including PBS.org and the PBS Video App, available on iOS, Android, Roku, Apple TV, Amazon Fire TV and Chromecast. PBS station members will be available to view all episodes via Passport.

Very powerful footage and lessons to be learned within these shows. Great history lessons for all the kids who are doing at-home schooling, the parents and grandparents. I sure learned many new things.  KCET, PBS SoCal and Link TV always bring us informative shows and they have done it again!  Share the news about what is coming up on Tending Nature this weekend. – Judy Shields, The Hollywood Times

PBS SoCal and KCET, Southern California’s home for award-winning public media programming and premieres of new PBS programs, as well as Link TV, the national independent non-commercial satellite television network, announced today the debut of new programming in November for Native American Heritage Month including a new season of the KCET Original series TENDING NATURE produced in partnership with the Autry Museum of the American West. The series shines a light on the environmental knowledge of Indigenous peoples across California by exploring how the state’s Native peoples have actively shaped and tended the land for millennia, in the process developing a deep understanding of plant and animal life. The new season takes viewers across the state to hear first-hand from Native communities how traditional practices can inspire a new generation of Californians to find a balance between humans and nature. KCET will premiere four, 30-minute episodes of TENDING NATURE starting Sun., Nov. 8 at 7:30 p.m. on KCET in Southern California with encores beginning on Mon., Nov. 9 at 7:30 p.m. on PBS SoCal and Wed., Nov. 11 at 9:30 p.m. ET/PT on Link TV nationwide (DirecTV 375 and DISH Network 9410). 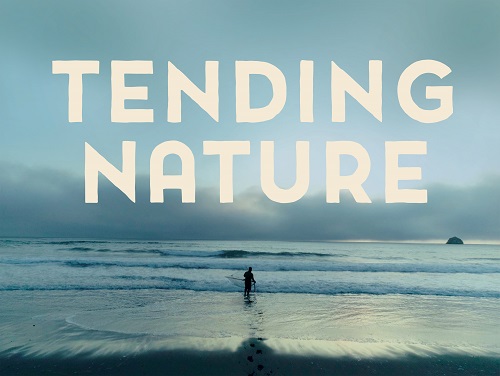 In this new season, the Yocha Dehe Wintun Nation, Wiyot, and collaboratives of tribes in the Mojave Desert and the San Francisco region generously give their time to share their engagement in contemporary projects that revive their culture and inform western science. California is home to more Native communities than any other state in the country and these communities have continued to maintain traditional knowledge against all odds.

TENDING NATURE is part of a programming lineup in November where KCET, PBS SoCal and Link TV focus on Native American Heritage Month as part of a commitment to bringing viewers a broad array of perspectives. With both national and locally-produced content as well as online editorial content, 2020 heritage month programming includes Without a Whisper: Konnon:Kwe, The Warrior Tradition, The People’s Protectors and La Loche as well as films from independent documentary series AMERICA REFRAMED (Moroni for President, Blood Memory and The Blessing) and INDEPENDENT LENS (Conscience Point  and Dawnland). For more content and articles related to Indigenous cultures go to kcet.org/nahm

Programs for Native American Heritage Month will be telecast as follows (subject to change):

Every four years, the Navajo Nation elects its president, whom many consider the most powerful Native American in the country. Frustrated about the lack of progress in the reservation, Moroni Benally, a witty academic LGBTQ candidate with radical ideas, hopes to defeat the incumbent president. The film follows the political newcomer’s grueling, lonely campaign.

The untold story of how Indigenous women influenced the early suffragists in their fight for freedom and equality. Mohawk Clan mother Louise Herne and professor Sally Roesch Wagner join forces on a journey to shed light on the influence Haudenosaunee Women had on the women’s rights movement, changing the historical narrative forever.

A golf club built atop a sacred burial ground triggers a woman’s relentless fight to protect her tribe from the onslaughts of development.

The Wiyot tribe from present-day Humboldt County have fought a long and hard battle for recognition and restored access to their land, including regaining ownership of traditional ceremonial grounds on Tululwat, an island in Arcata Bay. When leading energy developer, Terra Gen, proposed a large wind project on a spiritual and gathering area, the Wiyot opposed the greater ecological disruption that the project would deliver and rallied the community to defeat it.

See how a group of Native and non-Native leaders in Maine came together to acknowledge and address the abuses suffered by Native children in the hands of the child welfare system, illuminating the ongoing crisis of Indigenous child removal.

Native peoples have long lived in the desert and their understanding of the desert’s fragility has made them one of the region’s most outspoken protectors. Today, a collaborative group of desert tribes, concerned citizens and funders have formed the Native American Land Conservancy whose central goal is to acquire, preserve and protect Native American sacred lands through protective land management, educational programs and scientific study.

Four Native American veterans reflect on their experiences in the military during the divisive Vietnam War. From the Marine Corps to the Navy to the US Army, veterans Valerie Barber, Art Owen, Sandy White Hawk, Vince Beyl and civilian eyapaha (announcer) Jerry Dearly recall their memories of one of the most controversial wars in United States history.

Battles over blood quantum and ‘best interests’ resurface the untold history of America’s Indian Adoption Era – a time when nearly one-third of children were removed from tribal communities nationwide. As political scrutiny over Indian child welfare intensifies, an adoption survivor helps others find their way home through song and ceremony.

In January 2016, a school shooting in the remote Canadian aboriginal community of La Loche, Saskatchewan took the lives of four students and injured seven others. In the aftermath, a caring teacher, worried about eight boys directly affected by the shooting, contacted a TV celebrity the students admired (Survivorman star Les Stroud). The film follows Stroud, the eight young Dene men, and several community and school elders on a wilderness adventure, in which they canoe down a 100-mile river path that their ancestors used to traverse. With one camera, a paddle and a desire to help, Stroud uses this trek to encourage the young men to open up and tell their own stories.

For the Yocha Dehe people, who have lived in California’s Capay Valley for more than 15,000 years, local food production and deep knowledge of plant diversity sustained them for millennia. Using olives, a fruit of Spanish colonization, the Yocha Dehe people are combining ecological knowledge with modern science to rethink community-centered agri-business using sustainability practices that include high-efficiency irrigation.

The film follows a Navajo coal miner raising his secretive daughter as a single father, struggling with his part in the irreversible destruction of their sacred mountain at the hands of America’s largest coal producer.

The commodification of food has led to a bottom-line approach that has disconnected people from their food sources entirely, as modern, genetically modified foods put seed diversity at great risk. The Cultural Conservancy, an inter-tribal organization headquartered on Ohlone land in modern-day San Francisco, is revitalizing Indigenous knowledge by inviting people to re-engage with the land, honor heirloom seeds, grow clean food and medicines, and decolonize their foodways.

Join the conversation on social media using #TendingNature and #NAHM

ABOUT THE AUTRY MUSEUM OF THE AMERICAN WEST

Located in Los Angeles’ Griffith Park, the Autry is a museum dedicated to exploring and sharing the stories, experiences, and perceptions of the diverse peoples of the American West, connecting the past to the present to inspire our shared future. The museum presents a wide range of exhibitions and public programs—including lectures, film, theatre, festivals, family events, and music—and performs scholarship, research, and educational outreach. The Autry’s collection of more than 600,000 pieces of art and artifacts includes the Southwest Museum of the American Indian Collection, one of the largest and most significant of Native American materials in the United States. For more information please visit TheAutry.org.