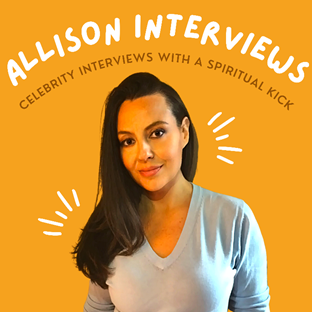 For fifteen years, journalist Allison Kugel, has conducted more than three hundred long form interviews with celebrities and cultural icons, with a philosophical and spiritual spin, taking her audience on a deep dive alongside their favorite pop culture figures.

The “Allison Interviews” podcast will launch its first four episodes with:

Mötley Crüe drummer, recording artist, and headline maker, Tommy Lee, discusses everything from past lives and defying gravity to fame in a pre-social media era and flying squirrel suits.

Actress and film producer, Tara Reid, opens up about losing her parents, freezing her eggs, working on DMX’s last film, and forgiving the tabloid media.

Twenty-three-time Olympic gold medalist Michael Phelps reveals his struggles with mental health, what his kids think of him, and helping to re-shape how athletes are treated, both, pre- and post-Olympics.

“I have been immersed in the study of spirituality for more than a decade, learning about the soul, past lives, the spirit world, and why we have all chosen to incarnate on planet earth at this time. This knowledge, coupled with my lifelong passion for telling people’s stories, informs every inch of how I conduct my celebrity interviews. I am excited to take listeners on this new journey with me into the podcast space.”

The “Allison Interviews” podcast is now available across all listening platforms including Apple Podcasts (on your app), Spotify, Anchor, and Google Podcasts. See Allison in the news.

Episodes 1 and 2 are now live for you to preview on the above listening platforms. We welcome you leaving a review on your favorite podcast platform.