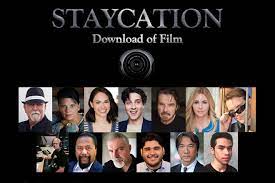 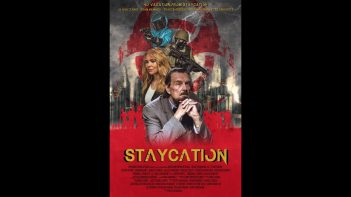 As the world roils in the throes of a global pandemic and the warnings of a renowned virologist fall on deaf ears, two roommates put their lives on pause to help search for a friend’s missing partner.

The Nix virus is winning. Scientists scramble for a vaccine but to no avail. Virologists Edward Bellows (Sean Kenney) and Samantha Weaver lead the charge as they monitor the state of the country and the world in their lab. Meanwhile, Britt and Marnie live large on the government dole as they weather through the crisis. Their idyllic lives get interrupted when a friend pleads with them to locate his missing fiancée. As the two lazily embark on their adventure, the numbers of the infected grow larger by the day. 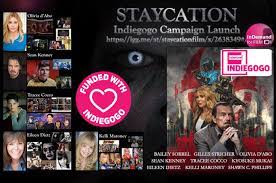 Staycation is a science-fiction, apocalyptic horror movie about a grim, end of the world pandemic and its effects on people the world over. It even has the veneer of a typical zombie movie with promises of undead hordes terrorizing the living. While most such movies begin with humanity defeated, Staycation begins with humanity fighting back, staving off the virus as best they can. It takes the urgency of Contagion (2011) and Outbreak (1995) and sprinkles it with notes from Dawn of the Dead (2004) and 40% of the film in the style of the smartphones/computer screens/found footage genres Unfriended (2014), Searching (2018), and Host (2020), as well as fake commercial interludes seen in Robocop (1987).

The story mixes several media elements to convey the vast extent of the pandemic and the many lives affected by it (a subject matter that can be related to by everyone who is currently living through Covid-19). It uses TV interviews, zoom calls, social media live streams, global news coverage, YouTube videos, podcasts, and even late-night cable access commercials to showcase how humanity adapts and adjusts during the pandemic. These elements are all scripted, cast with actors, shot, and adjusted with visual effects to simulate the medium in which they originate. 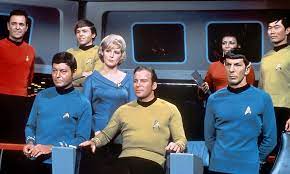 Scenes already in the can (having already filmed last November and December 2020) depict an interview between scientist Edward Bellows and journalist Grace Baxter (Olivia d’Abo) as well as a zoom call between Matt (Gilles Stricher) and his partner Cathy (Bailey Sorrel). These characters set the tone for the rest of the movie showcasing the challenges faced by people dealing directly with the pandemic and those caught in its wake. Further filming commences in May and June 2021.

The majority of the movie unfolds like a traditional cinematic narrative with depictions of urban vistas gradually transforming into the nightmarish hellscape we all know and love. 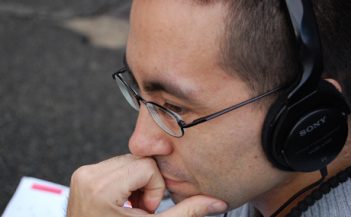