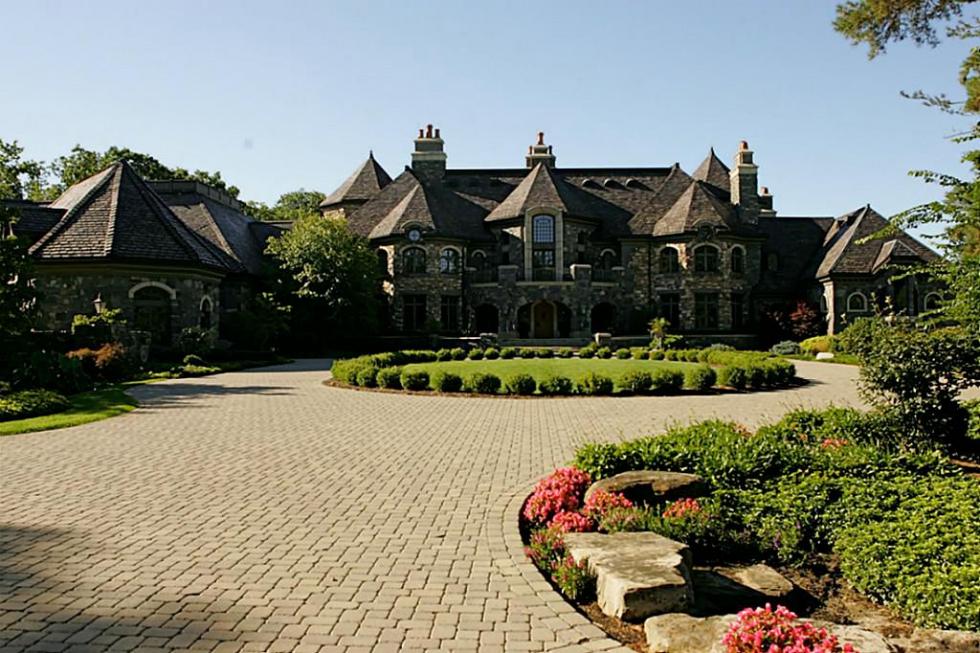 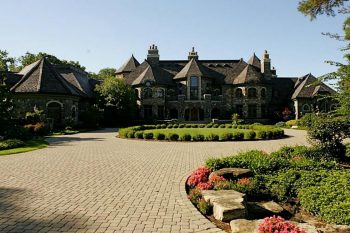 Fast food might not be a nutritionist’s choice for good physical health, but when it comes to making money, fast food franchises can be a sweet deal. This was certainly true for Richard Freeland who made his fortune in Pizza Hut and Kentucky Fried Chicken outlets with 52 stores in Ohio and Indiana. From part-time Pizza Hut employee to fast food mogul, Freeland lived the American Dream by slowly accumulating a fortune through the two franchise brands and was able to build his and his wife’s dream home in 1997, referred to by locals as Freeland Castle. Freeland died in 2013. Now on the market in Fort Wayne, it is the most expensive listing in Indiana.

The 50-acre equestrian estate, constructed by Amish builders, has 10 buildings including the 38,000-square-foot mansion, a guest house, caretaker’s house and a 6,720-square-foot stable with guest suite. Grounds are manicured with lush plantings, water features, mature trees, rolling lawns, a large stocked lake, a bridge, lakeside pergola and terraces. The 10-stall stable and paddocks were originally devoted to Freeland’s Arabian horse breeding program through embryo transplant into quarter horses with his veterinarian occupying the 8,000-square-foot guest house. Costing $35 million to build in 1997, the estate is priced at $30 million. Marilyn Hoffman of Hoffman International Properties is the listing agent.

Santarella is a home in the town of Tyringham in the Berkshires of Massachusetts that looks like it could have jumped off the pages of Grimms’ Fairy Tales. Older than the town itself, Santarella’s oldest building, the Fairy Tale House, in the four-house compound dates back to the 1750s. Also referred to as the Gingerbread House, it was repurposed into living quarters from an 1810’s barn. There is also a four-bedroom Colonial house and a shed dating from the 1900s that was turned into a cottage. The most fantastical of the four homes is the studio with its towering thatched roofs and where all the rooms are round.

Encompassing a combined total of 7,750 square feet of living space, between all the whimsical buildings there are seven bedrooms and six baths with not a boring space between them. Part history and part fantasy, Santarella is for sale – priced at $1.99 million. Co-listing agents are Steven Weisz and Maggie Merelle of William Pitt Sotheby’s International Realty in Great Barrington, Massachusetts.