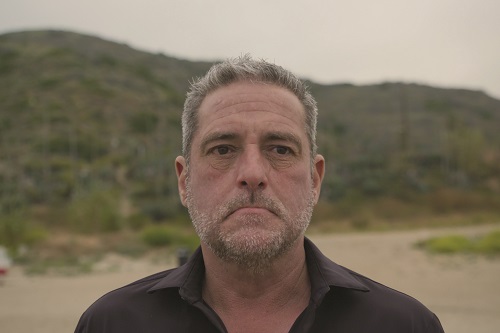 The film will also stream for free for 90 days on WellBeings.org, a multi-platform multi-year campaign to address the critical health needs in America. A grieving father, Jason Reid, seeks answers after his 14-year-old son Ryan dies by suicide. He uncovers painful truths about the lives of teens, the impact of unfettered access to internet and social media, and the shocking rise of depression among America’s youth. The film features best selling author of nine books, psychiatrist, and suicide prevention expert interventionist Mark Goulston, M.D., as well as prevention experts from Didi Hirsch Mental Health Services in Los Angeles, SafeTalk, Project 99 and Faces Of Fortitude.

Jason, you are a partner at CEO International, where you coach CEOs on how to be successful. Tell us about your background.

I’ve been a serial entrepreneur all my life. I co-own a company called National Services Group; my partners and I have construction companies across the country. I also coach CEOs because I’m passionate about business and helping others.

Tell us about your family.

In 2018, you went away for the weekend only to experience the most harrowing moment for any parent. Take us back.

Kim and I were on vacation in Mexico for her birthday. As we had dinner that night, we discussed what life was going to be like for us in the coming years. The kids were getting older—our youngest, Ryan, had just turned 14—and we were dreaming about all the trips we were going to take and all the things we were going to do. We couldn’t believe how lucky we were. A few minutes later, when we were back in the room, those thoughts were suddenly the furthest things from our minds. It was 11:03 p.m. We got a text from Ryan saying goodbye, and we were immediately alarmed. We called the house and got a hold of my mother-in-law, who was staying with the kids. She found Ryan upstairs. The next few hours were a blur—endless phone calls to police, ambulances, doctors, family members and airlines that we hoped would get us back to California that night. But no matter how much money you have or who you think you know, there’s not much you can do until morning. We couldn’t get out of Mexico until about 6 a.m., and we didn’t get to see Ryan until 5 P.M. When we arrived at the hospital, he was in a coma. We never got the opportunity to talk to him. We stayed at the hospital with Ryan until he passed away five days later.

Why did you decide to launch the feature length documentary, TELL MY STORY?

After we got back to the house, I spent a lot of time thinking about what to do. Things were so different; the discussions Kim and I had over dinner in Mexico seemed like a world away. I didn’t know all the answers, but I knew I wanted to make a difference. I didn’t want other families to have to experience what we were going through. And I wished Ryan had chosen to live.  I bought a website domain centered on that idea—ChooseLife.org—and started thinking about how I could use that as a vehicle for teen suicide prevention. Then, as I was going through Ryan’s room one afternoon, I found two sticky notes in the top corner of a drawer. One had usernames and passwords, and the other said, Tell My Story. That’s why I did the movie.  I moved pretty fast from there. Within days, I solidified the concept for the documentary and began having the conversations featured in the film.

Take us through important aspects of the film.

It’s really important to watch and listen to the families who have gone through this. But the most important part of this film is the kids. Listen to the kids who have attempted suicide or thought about it; hear in their own words what they were thinking. Then, understand that the conversations that their parents didn’t have with them—the ones that I didn’t have with my kids—are the ones you need to have with yours.

You have embarked on a quest to understand what he could have done differently to prevent the suicide of your son. What have you concluded?

I’ve had so many conversations with kids, families, doctors and other experts. That’s where I’ve learned about teen suicide and framed my approach to prevention: owning our kids’ mental health. Doctors, teachers and the government can’t save our kids from mental health issues; it’ll never happen. Instead, we need to take ownership of our kids’ mental health the same way we do with their physical health. The first step is to form real, emotional connections with our kids: asking them how they feel, listening, digging deeper and letting ourselves be vulnerable so they can put their emotions into context. I always remind people that I’m not a psychologist or a mental health expert. I’m a guy who lost his kid and spent the last year and a half trying to figure out why. But I do know that it’s important to make prevention simple for people, and “own your kids’ mental health” accomplishes that. I’ve seen it help so many families navigate teen mental health and suicide together.

Tell us about Mariangela Abeo, a Seattle-native whose photography project Faces of Fortitude. 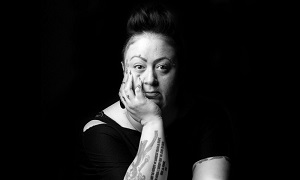 Mariangela is an amazing human being. Had we never met, we likely would’ve passed each other on the street and never paid attention; we’re from completely different backgrounds. But through working together on Mariangela’s Faces of Fortitude, we both realized that you can’t judge a book by its cover. I’m lucky to have Mariangela as a friend.

What is your hope for this film?

My hope is that when parents watch Tell My Story, it sparks a conversation with their kids that they wouldn’t have otherwise. And ultimately, my hope is that it saves lives.

This year is all about getting the movie seen and making sure every parent knows they need to own their kids’ mental health. The reality is that if you’re waiting for doctors, for schools and teachers and for the government to save your kids’ mental health, it’ll never happen. You have to do it yourself. It starts with having real, vulnerable conversations with your kids and asking them, simply, “How are you feeling?”