ON THIS DAY
NBC’s late night “Tonight Show” franchise launched with Steve Allen as host in 1954…“The Commish,“ the first regularly scheduled series with Michael Chiklis, debuted on ABC in 1991. It aired for four seasons…The ABC political drama “Commander in Chief,“ with Geena Davis as the first female president, was off and running and running in 2005. But a shift in showrunners from Rod Lurie to Steven Bochco changed the tone of the series, and the audience fled in droves…Celebrity Birthdays: Rock singer Meat Loaf is 72; former teen idol Shaun Cassidy (“The Hardy Boys”) is 61; “The Politician” star Gwyneth Paltrow is 47.

Did You Know?
Michael Chiklis’ first regularly scheduled TV series following “The Commish” was an NBC sitcom called “Daddio.” It aired for just 14 episodes in the fall of 2000. 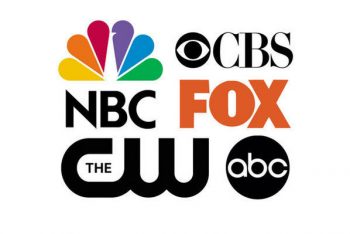 Ratings Breakdown:
There were five series premieres last night (“The Unicorn,” “Carol’s Second Act” and “Evil” on CBS; and “Perfect Harmony” and “Sunnyside” on NBC) and six season openers, but it was football that clearly dominated on Fox. The Philadelphia Eagles/Green Bay Packers match-up, which concluded at 12 a.m., scored a hefty (and approximate) 8.9 rating/16 share in the household overnights for the primetime (8-10 p.m.) portion. Full overnight results for the football game were not available.

For the remainder of the overnight analysis for Thursday, September 26, click here

Amazon Renews “Absentia” for Season Three
Amazon has greenlit drama “Absentia” for a third season, with an unconfirmed number of new episodes. The series centers on FBI agent Emily Byrne (Stana Katic), and the new season will begin three months after the season two finale with Emily nearing the end of her suspension from the FBI and working hard to be the best possible mother to her son. Everything is upended when one of Nick Durand’s (Patrick Heusinger) criminal cases hits too close to home and threatens the lives of the family Emily is desperately trying to hold together. The logline: It’s a dangerous journey that will take Emily far from Boston testing her like never before and forcing her to learn to trust again, to love again, and to finally realize her true place in the world.

“America’s Got Talent The Champions” on NBC Announces Judges
The upcoming season of “America’s Got Talent” on NBC will feature judges Simon Cowell, Howie Mandel, Heidi Klum and singer, songwriter and author Alesha Dixon, who joins “Champions” from “Britain’s Got Talent.” Terry Crews will return as host. The official return airdate has not been announced yet.

A Brief History of “The Brady Bunch,” which Debuted 50 Years Ago Today
– Click here

Gangster-themed drama “Peaky Blinders” will return for season five on Netflix on Friday, October 4th. the series follows the evolution of leader Tommy Shelby (Cillian Murphy) from backstreet crime lord to legitimate businessman and member of parliament. It explores the notions that violence destroys lives, empires rise and fall over time, and class divisions are corrosive. The new season finds the world thrown into turmoil by the financial crash of 1929. When Tommy Shelby MP (Cillian Murphy) is approached by a charismatic politician with a bold vision for Britain, he realizes that his response will impact not only the future of his family but that of the entire nation.

Investigation series “The DNA of Murder with Paul Holes” will debut on Saturday, October 12 at 7 pm ET with a 90-minute series premiere. Holes is best known as the retired cold case investigator whose work was instrumental in identifying a suspect in the Golden State Killer case. The series follows Holes as he dives into unsolved homicides by analyzing the physical and emotional “DNA” left behind during the violent interaction. With unprecedented access to crime scene photographs, case files and evidence, Holes investigates each crime utilizing his unique forensic and behavioral skillset.

The new season of “The Real Housewives of Atlanta” will open on Bravo on Sunday, November 3 at 8 p.m. ET. Returning this season are Cynthia Bailey, Eva Marcille, Kandi Burruss, Nene Leakes and Porsha Williams.  Marlo Hampton and Tanya Sam return as friends of the cast.