Philadelphia, PA (The Hollywood Times) 11/29/2021- Cyber Monday is here and so are all the deals! Are you ready to stock up on smart TVs, Hoverboards, and wireless headphones?  As you are looking throughout Amazon’s website tomorrow, you should check out a new book release called Ariala by Taylor Biechy. Ariala is a story about a young angel who is sent from her hometown, a place filled with angels, hellhounds, and dragons, to go live with her mortal mother after a war breaks out. She comes to realize that living with humans is not so easy as it seems and when secrets are revealed who will get caught in the cross fire? (Insert 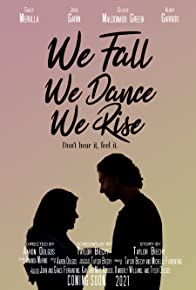 While daydreaming in politics class, Biechy came up with a clear vision of what one of the main plot lines would be for her story. This led her to keep writing when ideas came to mind and ultimately those ideas became Ariala.

“It all started in politics class. I didn’t know much about politics, but I figured I could pass the course because I had friends who could help me. I was pretty optimistic but as the course went on, I was getting very flustered because it started turning into a debate class which I was not fond of. This led me to start daydreaming. During one of the daydreams, I pictured the whole war scene in my head. I quickly wrote it down for future reference and that became the start of my new book,” explained Biechy.

As Biechy started to create her characters, she wanted to make sure she did not base them off of real people. 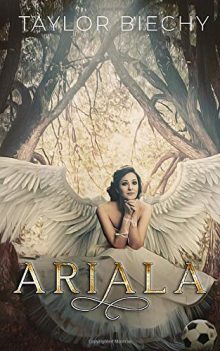 “I tried not to base my characters off of actual people because I knew that many people would get offended with the character flaws I would create. The only character that really relates to somebody in my life is the main character Lexi. Lexi has many of my sister’s characteristics. She is a huge soccer player, has dark hair, and very academically inclined. When I was doing my research on soccer techniques, I had to ask my sister all these in-depth questions. At first, she didn’t know I was writing a book but once I explained it to her, she was a huge help,” said Biechy.

“I independently published my book because I wanted to have complete control over the project. I wanted to be able to make all the decisions and so I went to Kindle direct Publishing. It is directly linked to Amazon so it eliminated having to find a place to sell it,” expressed Biechy.

Besides being a writer, Biechy is also a director and cinematographer. She is known for her film We Fall We Dance We Rise which is currently in post-production. It originally was supposed to be a book but after deep consideration Biechy decided to make it a film instead. With help from her director friend Aaron Dolgos, they finished shooting it in 2020 and it will be released later this year.

Biechy is currently working on another project now called The Nameless which is a murder mystery series.

“I was trying to figure out if I wanted to shoot another feature film for my next project and decided that I really wanted to do a series. I really love writing, directing, and being director of photography but it’s really hard to wear all those hats at the same time. Therefore, I wrote and am now directing this series. We filmed the pilot in July of 2021 and we are going to pick back up in January. We are hoping to put this one in film festivals and on Amazon Prime,” said Biechy.

Along with the series, Biechy is finishing up her next book in the Ariala trilogy called Taking Back What’s Ours which focuses on Lexi’s journey back to her hometown and what she will have to encounter. She hopes to get this book out before the end of December.

If you would like more information about the author and where to purchase the book you can check it out here-  Ariala: Biechy, Taylor: 9798656237796: Amazon.com: Books