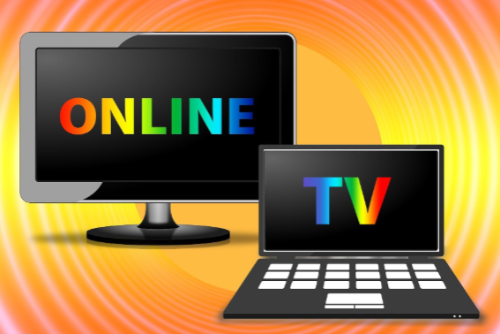 Network Executives-Turned Producers: A Growing Trend
in the Era of Peak TV
Let’s face it…if you choose the right shows, broadcast television can still give you “the biggest bang for your buck.” It is not going away anytime soon. And the rapid rise of the digital streaming services, no doubt, has shifted the critical acclaim and social media buzz to its direction. But, in this current era of “Peak TV,” where an estimated 530 original scripted series are expected to compete this year across all platforms, finding an audience and/or resonating on social is no easy feat. You need that extra “something” to succeed.

In the world of television, linear and digital, the natural progression for a television programming executive to morph into an independent producer is nothing new. One of the first was Leonard Goldberg, who went from ABC network president in the mid-to-late 1960s to a partnership with Aaron Spelling that resulted in some of the biggest hits on the alphabet net at the time.

Fred Silverman, who at some point in the 1970s ran the programming departments at ABC, CBS and NBC, and eventually went out on his own to form The Fred Silverman Company. Then there was NBC’s Brandon Tartikoff, who will be remembered at the National Television Program Executives (NATPE) conference in Miami this week via the annual Brandon Tartikoff Legacy Awards.

“No one knows the audience better than  programming executives,” said Thomas Vitale, executive producer of sci-fi drama “Pandora” on The CW and “Slasher” on Netflix, and the former EVP of cable networks Syfy and Chiller. “At our network jobs, we had to understand everything about the audience, often tracking the performance of shows on a minute-by-minute basis. We would monitor viewer feedback as well as track the competition daily. And we know the history of television, in addition to knowing what’s happening now across multiple platforms and delivery systems, and what’s being discussed for the future across the industry.”

Vitale currently runs Vital Signs Entertainment, which in addition to producing television series, also makes movies, including last year’s horror-comedy “You Might Be the Killer,” which played in over 15 film festivals around the world, and which Vitale co-wrote and produced. “My network experience has been invaluable in honing my creative instincts, helping me create and shape diverse, quality programming for worldwide audiences, while working collaboratively with network, platform, and studio partners.”

Ken Schwab, who has held top programming jobs at Turner Entertainment Group and Discovery Channel, now runs his own firm, Ken Schwab Media, which focuses on production, and network and sales consulting.

“Given my experience programming for different platforms, I can view concepts through the lens of who might be interested and why they might be interested, the type of budgets that might be expected, and either the compatibility with a network’s existing schedule or why this may be a smart new programming concept and/or direction that a particular network should consider.”

Schwab was an executive producer on the “Double Take” series for Facebook Watch and worked as producer on a number of specials for Animal Planet and Travel Channel. At present, he works with dick clark productions international consulting on opportunities in the United States.

“It is all about being flexible and to evolve with the changing media landscape,” noted Schwab. “And the former network experience offers an added level of expertise.”

Game show producer Bob Boden, presently, EVP, Production & Development/ExecutiveProducer, “Funny You Should Ask” for Entertainment Studios, has worked for a variety of firms as a programming executive through the course of his career including CBS, ABC, The Family Channel, FX Networks, dick clark productions, Game Show Network and Fox Realty Channel. The first show he was supervising producer for was “Family Feud,” hosted by comedian Louie Anderson at the time. And the first game show he created was “Greed” with dick clark productions in 1999.

“Being an executive has made me a better showrunner, and being a showrunner made me a better executive,” said Boden. “I was always a very producer friendly executive because I understood the challenges that producers face. As a producer, I have a great understanding of the mandates and the pressures that a network executive deals with. So, I can deal with them better than many producers that don’t have that experience.”

“When all is said and done, there is more original  programming now than ever before,” he added. “And if you can marry the two — an executive programming background and the actual production of the series — you will be better equipped in this era of “Peak TV.”