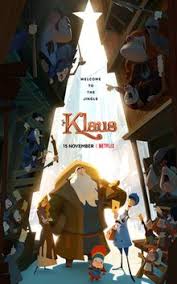 Klaus Debuts in Theaters on November 8th, and Worldwide on Netflix November 15th

LOS ANGELES – November 5, 2019 – Klaus is coming to town! In celebration of World Kindness Day on Wednesday, November 13, Netflix has announced that its first animated feature film, Klaus, will help spread cheer to kids and families this holiday season by delivering larger-than-life presents in New York City, Los Angeles and Chicago.

To ring in the season of giving, Netflix is working with Big Brothers Big Sisters of America (“BBBS”), the nation’s largest donor-and volunteer-supported mentoring charity, to spread kindness this holiday season. Inspired by the film’s central character, a postman named Jesper, Netflix will fulfill thousands of holiday wish lists written by children (“Littles”) in BBBS, with the help of their adult volunteers (“Bigs”), in a “Letters to Klaus” initiative. To kick off this effort, Netflix will unwrap the massive gifts in each city, revealing bespoke presents benefiting each local community. Special gift wrapping and letter writing stations will also be available for those passing by to wrap presents and write thank you letters to their loved ones – just in time for the holiday season.

Klaus is the heartwarming and unexpected story of the legend of Santa Claus that will be released globally on Netflix on November 15. Klaus is about an unenthusiastic postal carrier, Jesper (Jason Schwartzman), who distinguishes himself as the postal academy’s worst student. As a result of his performance, he is stationed on a frozen island above the Arctic Circle, Smeerensburg. In a town where the feuding locals hardly exchange words let alone letters, Jesper must deliver 6,000 letters in one year in order to return home. Jesper is about to give up when he finds an ally in local teacher Alva (Rashida Jones), and discovers Klaus (Oscar® winner J.K. Simmons), a mysterious carpenter who lives alone in a cabin full of handmade toys. These unlikely friendships return laughter to Smeerensburg, forging a new legacy of generous neighbors, magical lore and stockings hung by the chimney with care. An animated holiday film directed by Despicable Me co-creator Sergio Pablos, Klaus co-stars Joan Cusack, Will Sasso and Norm Macdonald. 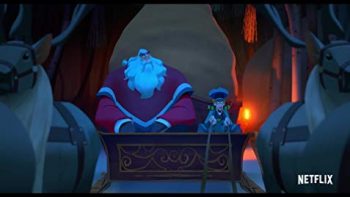 “A simple act of kindness can always spark another,” says the title character in Klaus, and on World Kindness Day, November 13 from 10:00 a.m. to 6:00 p.m., Netflix invites residents across Los Angeles, New York City and Chicago to stop by the below destinations in their city to help unwrap a box of epic proportions:

Los Angeles
The Grove, 189 The Grove Dr, Los Angeles, CA 90036
Join us at The Grove, LA’s premiere shopping location to kick off the season of giving by unwrapping a giant present with rewarding surprises. 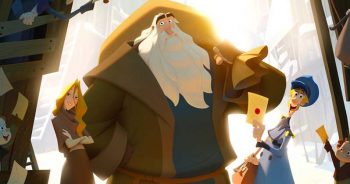 Klaus will be available worldwide on Netflix on Friday, November 15.