ON THIS DAY
PBS favorite “Upstairs, Downstairs,” starring Jean Marsh and Eileen Atkins, made its debut on British network ITV in 1971. It ran for four seasons. CBS tried to copy the format in the fall of 1975 care of drama “Beacon Hill,“ but that only lasted 13 episodes. And a revival of “Upstairs, Downstairs” concluded on BBC One after nine episodes in 2012…Sitcom “The Geena Davis Show,” which only lasted one season, debuted on ABC in 2000. Davis recently appeared on Fox’s two-season revival of “The Exorcist”…In 1965, musical group The Supremes made their first appearance on CBS’ “The Ed Sullivan Show”…

“The Goldbergs” star Wendi McLendon-Covey is 50;

Did You Know?
Geena Davis made her initial mark in the sitcom genre with a co-starring role on NBC sitcom “Buffalo Bill,” with Dabney Coleman, from 1983 to 1984. Next came “Sara,” also on NBC, in 1985 with Alfre Woodard, Bronson Pinchot and Bill Maher.  And an Oscar came calling in 1985 as Outstanding Supporting Actress in 1985 for “The Accidental Tourist.”

“Diversity Hire,” written by Cameron Johnson, is described as an irreverent workplace half-hour that will comedically explore our beliefs about race, class, and gender, while pushing the boundaries of political correctness. The show centers on Zenzi Baker, a brilliant, young, African-American, programmer whose life is turned upside down when her boss embroils his successful tech company in a publicity nightmare. To save face, Zenzi, a low-level coder, is plucked from obscurity and promoted to chief diversity and inclusion officer. Her primary qualification? She’s “diverse.”

Netflix Orders Animated “Ghee Happy”
Netflix just greenlit “Ghee Happy,” created by Pixar animator and director Sanjay Patel. The series, built around Hindu culture, will reimagine Hindu deities as children who attend a special day care and discover their own powers while there. Patel is known for his work on “A Bug’s Life,” “Monster’s Inc.,” “Toy Story 2,” “The Incredibles” and its sequel, and “Ratatouille.”

The CW Extends “All American” Episode Order
Just one episode into its sophomore season and The CW has added three additional episodes to the “All American” episode order for this season, extending it to 16. That matches its season one episode tally, and the news comes on the heels of above average season opening ratings. For a look, click here

A Brief History of “Leave It to Beaver” – Click here

50 Cent to Produce Docuseries
Curtis “50 Cent” Jackson has signed a deal for a scripted docuseries that will showcase historical moments in hip-hop culture and revolve around a different music icon, sports hero, infamous drug organization. The untitled series, scheduled to premiere in early 2020, will feature profiles on Snoop Dogg, producer Scott Storch, Beyonce, Fat Joe, Christina Aguiler and former NBA player Rafer Alston, who was charged with assault and public intoxication after a pair of public incidents, among others.

2019 NFL Regular Season Week 6 TV and Announcer Schedule
The Tampa Bay Buccaneers face the Carolina Panthers in London (NFL Network, Oct. 13 9:30 a.m. ET). Christian McCaffrey (CAR) racked up over 175 yards from scrimmage in all but one of his 2019 games. Shaquil Barrett (TB) leads the NFL with nine sacks this year. The Bucs beat the Panthers 20-14 in Week 2.

The Philadelphia Eagles visit the Minnesota Vikings in a clash of 3-2 clubs (Fox, Oct. 13 1 p.m. ET). Adam Thielen grabbed a pair of touchdown passes in Minnesota’s Week 5 win. Jordan Howard (PHI) also scored his fifth touchdown of the year last game. The Vikings edged the Eagles by two points in 2018.

The Los Angeles Rams face one of the final perfect teams remaining in the NFL as they host the San Francisco 49ers (Fox, Oct. 13 4:05 p.m. ET). San Francisco’s 31-3 triumph on Monday Night Football in Week 5 pushed the Niners to 4-0 for the first time since 1990. Los Angeles fell to Seattle that week.

The second season of “Search Party” focused on the death of Keith Powell (Ron Livingston), a private investigator who is killed as a result of Dory (Alia Shawkat) mistakenly believing him to be a threat to Chantal. As the group struggles to return to their normal lives, they also attempt to cover up Keith’s death, which affects them in various ways.

HGTV will launch “Fixer to Fabulous” on Tuesday, Oct. 22 at 9 p.m. ET. In each episode, the husband-wife duo of Dave and Jenny Marrs overhaul some of Northwest Arkansas’ oldest homes, from rickety Victorian estates to crumbling Colonials, all while raising four young children and managing their family farm. Jenny is the creative influence behind their personalized renovations, specializing in designing spaces that are warm, welcoming and a reflection of the family that lives there, while Dave spearheads the construction with his unrivaled knowledge and passion for reviving old homes.

“Project Runway” will return for a new season on Bravo on Thursday, December 5 at 9:30 p.m. Host Karlie Kloss is back, along with Christian Siriano as the mentor and returning judges Nina Garcia, Brandon Maxwell, and Elaine Welteroth, to decide who has what it takes to make it in this industry. Each 90-minute episode will feature the return of some fan-favorite elements (including the “Siriano Save,” in which Christian has the opportunity to bring one eliminated designer back into the competition, and the pièce de résistance, a chance to present a final collection at New York Fashion Week). 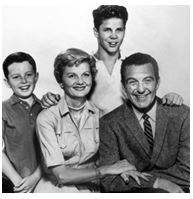 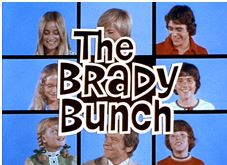