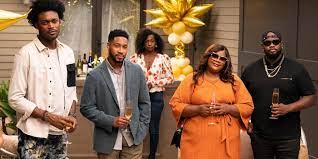 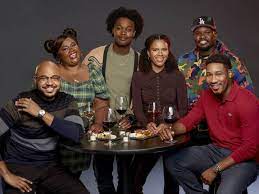 Los Angeles, CA (The Hollywood Times) 1/4/22 – According to Senior Entertainment Manager, Mariana Duran tells TheHollywoodTimes and other journalists at the virtual TCA press tour, NBC’s Grand Crew is about “a group of young professionals are all trying to navigate the ups  and downs of life and love in Los Angeles, and they always find time to gather at their favorite bar to wind down and unpack it all.” One way that Grand Crew navigates these stories is by discussing race in Los Angeles. 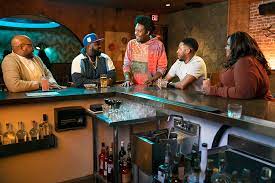 One way that Grand Crew discusses race is through examining stereotypes. Actor Dan Goor suggests, “I don’t know that It’s making fun of the stereotypes. I think the idea is, sort of, trying to elucidate that the stereotypes are just that. They are stereotypes, and they don’t in any way speak to the totality of these characters. So, I don’t think, in any way, it’s like, making light of these stereotypes. I think the idea is to say how ridiculous it is to only portray Black men in the way in which those stereotypes suggest. And then what we see, we are in no way laughing at Garrett Morris when he says that these characters have layers and everything else.” Grand Crew examines stereotypes in order to unpack complex ideas about race. 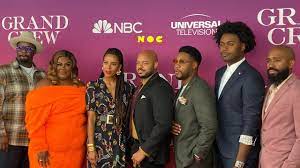 Likewise, Grand Crew examines the nuance of Black experience. Actor Phil Augusta Jackson explains, “. . .to me, the plan we were caught up in was we are just like everybody else. I feel like a lot of times there are certain tropes that get played out in the media with Black people, and we are put into a specific box where there’s an opportunity just to be shown as, like, slice of life, everyday folks that are just trying to figure stuff out, and so that&#39;s why we  I think, with the characters that we have, whether it be Justin’s [another actor]  character  he’s playing Wyatt  like, a married guy, I would just like to see what it’s like for a married guy, who really enjoys his marriage, be in a friend group. 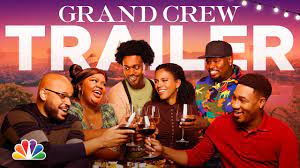 Grand Crew attempts to showcase the Black experience as part of the overall human experience. Actor Justin Cunningham mentions, “But when I was auditioning and we got this script, people were talking about this script. Like, me and my friends of color, we were, like, & ‘Have you gotten this script.’  And what was so unique about it was that it was so human . . .”. Thus, the show then expands upon Black experiences and attempts to add them to the overall conversation about the human condition. 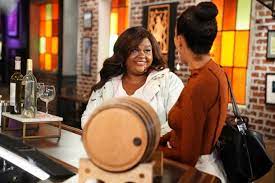 While Grand Crew attempts to focus on everyday experiences, it also centers the Black experience. It does so through interrogating stereotypes. It also nuances how Black communities navigate their lives, and, it ultimately explains that Black experience are part of the human condition.