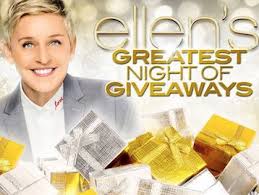 NBC has renewed its hit crafts-making series “Making It,” hosted by Amy Poehler and Nick Offerman, for a third season.

Season 2 of “Making It” averaged a 0.7 rating and 2.6 million viewers overall in “live plus seven day” results from Nielsen Media Research, with delayed viewing on digital and linear platforms lifting the Dec. 2 season premiere to a 1.2 in 18-49 and 4.4 million viewers. A total of 20 million viewers watched at least a portion of Season 2 of “Making It” on those platforms. The show also delivered strong high-income and high-education audiences, indexing at a 123 among adults 18-49 in homes with $100K+ incomes (with 100 representing an average concentration of those homes) and a 126 among adults 18-49 with four or more years of college.

NBC has ordered an epic 10-part global event series “The New World” from BBC Studios Natural History Unit, which is set to air in 2024.

For the first time ever, “The New World” will scale across North America, Central America and South America to explore the vast landscapes, remote wilderness and mysterious creatures that inhabit the region.

“ ‘The New World’ is a massive piece of four-quadrant commercial entertainment that has the capacity to capture the curiosity and minds of millions,” said Paul Telegdy, Chairman, NBC Entertainment. “I believe g cultural change, and this project has all the makings to deliver on that potential.”that great storytelling told on a broad scale has the power to produce wide-sweepin

The premium landmark series will take viewers on an unforgettable journey across Earth’s only super-continent, which is home to the greatest variety of life on the planet, from the largest rainforests, tallest trees, oldest living beings and the most extreme elemental forces. From the creators of critically acclaimed and multi-Emmy Award-winning natural history series “Planet Earth II” and “Blue Planet II,” “The New World” is a groundbreaking odyssey that will showcase the wonders, secrets and fragilities of the only landmass to have its head and toes in the poles and Earth’s largest landmass and reveal extraordinary, untold wildlife stories that deeply connect with millions around the world.

Through its best-in-class filmmakers, industry-leading technology and innovation in storytelling, the four-year project will result in an unprecedented series that marks the network’s first venture into the natural history space for a global audience. “The New World” is the first NBC commission for BBC Studios since it formed in 2017, and NBC has retained significant distribution rights globally and across platforms.

From Nahnatchka Khan and Dwayne Johnson, NBC has given an 11-episode series order to “Young Rock,” a single-cam comedy inspired by Johnson himself.

The pilot was co-written by Khan and Chiang. Johnson will appear in each episode as the focus and inspiration of the series will be about his formative years.

Johnson and Garcia’s Seven Bucks Productions is a global entertainment force with film revenues exceeding $10 billion worldwide. Johnson currently stars in “Jumanji: The Next Level” which has grossed over $600M worldwide and will next star in Disney’s “Jungle Cruise.” Johnson and Garcia will also return to executive produce the second season of NBC’s “The Titan Games,” Johnson also serves as host.

Writer/director/showrunner Khan’s Fierce Baby Productions is a film and TV production company focused on amplifying new voices and perspectives in both comedy and drama. Khan is the creator and executive producer of the groundbreaking television series “Fresh Off the Boat,” currently airing its sixth and final season, and previously “Don’t Trust the B—- In Apartment 23,” which ran for two seasons on ABC.

Award-winning comedy icons Tina Fey and Amy Poehler are returning to the Golden Globes as co-hosts for the 2021 telecast.

Fey and Poehler were critically applauded when they hosted the Globes from 2013-15, receiving universal praise for their witty on-stage banter and effortless rapport with one another.

Fey has won two Golden Globes and six Emmys for writing and/or acting for the multi-Emmy Award-winning comedy “30 Rock” and “Saturday Night Live.” Fey and Robert Carlock are also producers of the Netflix/Universal Television series “Unbreakable Kimmy Schmidt.” The show was Emmy nominated four times for Outstanding Comedy Series and an upcoming interactive special is due out later this year.

Poehler is a Golden Globe and Emmy winner, well known for her portrayal of eternal optimist Leslie Knope on NBC’s beloved comedy “Parks and Recreation.” She is currently an executive producer of the Emmy-nominated Netflix comedy “Russian Doll” and executive producer/co-host of NBC’s “Making It.” She also is an executive producer and co-star of the upcoming animated series “Duncanville” on Fox.

What is sure to be a high-energy hourlong party, “That’s My Jam” will premiere out of the Tokyo Olympics and mark Fallon’s first venture in primetime.

As host, executive producer and music lover, Fallon brings his one-of-a-kind comedic style and feel-good energy to “That’s My Jam,” where America’s favorite celebrities who love to sing and dance will compete against each other. The show will feature a carousel of classic and brand new musical games ready for primetime.

Fallon is the late night pioneer in viral celebrity games and moments. With over 20 million YouTube subscribers and over 6 billion views on YouTube and Facebook in 2019, his musical games, sketches, and challenges have made an indelible mark on late night TV. From “Wheel of Musical Impressions” and “Musical Genre Challenge” to “History of Rap,” viewers around the globe love watching their favorite celebrities take part in some of these unforgettable music-infused moments.

NBC’s hit drama series “New Amsterdam” has been renewed for three years, through the 2022-23 season.

So far this season “New Amsterdam” is averaging a 1.7 rating in adults 18-49 and 9.8 million viewers overall in “live plus seven day” Nielsens, to dominate the Tuesday 10-11 p.m. demo race. Compared with its next-day “live plus same day” results, “New Amsterdam is adding 4.6 million viewers in L+7, for the third biggest lift on television and second biggest for an NBC series.