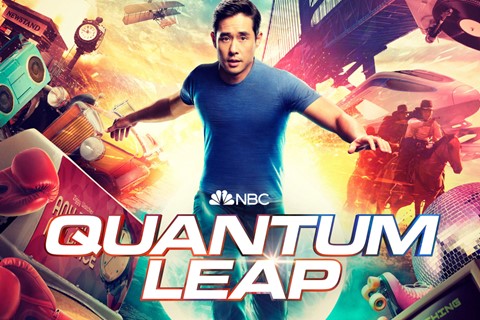 Los Angeles, CA (The Hollywood Times) 9/19/2022 – On Monday fans and new viewers alike can enjoy the premiere of NBC’s new series Quantum leap. There has been speculation that the series reboot will include original cast members Scott Bakula (Dr. Sam Beckett) and his holographic sidekick AI (Dean Stockwell). Bakula shut down the rumors in an Instagram post saying, “I have no connection to the show, either in front of the camera or behind it.” Apparently, he was presented with the script, but passed on it.

During NBC’s recent virtual TCA (Television Critic Association) press day showrunner Martin Gero was asked about the decision-making process as far as making the series a reboot, a continuation, or a reimagination. Gero’s replied stating; “I think from the beginning, like, the show is so iconic and beloved, it felt crazy to just do a version with a new Sam and a new Al. Like, it would be set up to fail essentially. And so, for all of us that were involved at the beginning, it really made sense for this to be a continuation of the story with a brand-new set of characters, one that could honor the old show, pay service to the old show, but have a low bar for entry for new viewers. And that is like, the tightrope we walking, right? Like, we want the rabid fans of Quantum Leap to watch the show and have it feel like Quantum Leap. Like, yes, this is Quantum Leap! An evolution of Quantum Leap; but it feels that way. But, also, we want you know, there an enormous amount of people that are vaguely familiar with the title and are just going to check the show out clean, and we didn’t want to weigh the show down with a lot of mythology immediately that would make it feel like, oh, I need to watch 90 plus episodes of; Quantum Leap before I can start this. So, this, you can start fresh. And then slowly, over the course of the season, there’s an enormous amount of backstory and mythology from the original show that we’re really excited to share with fans. But it’s done in a way that will feel like a different view on past events for our old fans, so it’s current information for them. And for our new fans, it just feels like we’re still in the middle of the story and it’s coming out organically.”

Quantum Leap premieres Sept. 19 at 10/9c on NBC, and will be available the next day on Peacock.