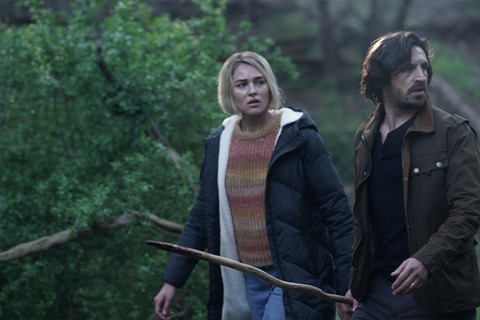 Los Angeles, CA (The Hollywood Times) 9/20/22- The first season of NBC’s La Brea finished as the number one drama for a first-year show. Now it’s back with its highly anticipated second
season which will air Tuesday September 27th. 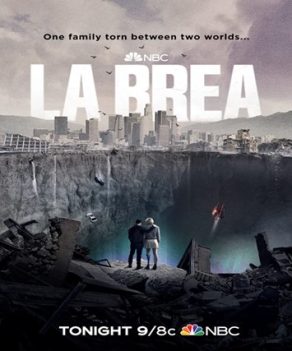 In this season the Harris family continues their journey to reunite. Eve’s son Josh has mistakenly gone through a portal leading him back to 1988, while her estranged husband Gavin and their
daughter Izzy end up in prehistoric Seattle and must brave their way back to Los Angeles.

During last week’s TCA (Television Critics Association) press tour panelists wanted to know what it was like expanding the world, being that season one, took place in 10,000 B.C. and now
the show has jumped into the 80’s. Showrunner David Appelbaum explained; “Well, you know, the show has a lot of potential for growth and expansion. And we’re just starting to uncover the
mysteries of what this place is. I think, generally, it’s been such a great experience working with Universal Television and NBC and Keshet, Peter Traugott, and Rachel Kaplan. They’ve been so
supportive of me. And the writers finding, you know, these different layers and elements of what this world is and what the characters are and where the show can go. So, I think ultimately, it’s a show that has the potential to go into different time periods and to see different mysteries. So, it’s just exciting what the potential is. And I think in Season 2, we’re just starting to unpeel a few more layers of that.” 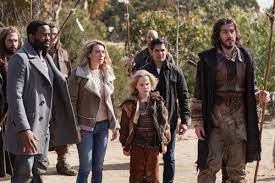 Actor Nicholas Gonzalez also expounded on the questions saying, “And for us, it’s exciting because we get to come in out of the cold, you know? I mean, it always fun to kind of be on a location or being in some interior, and jumping to different time periods,
allowing that world to open. And it’s fun, you know? I think the world splits open, and then you realize so many of the possibilities. And even then, we just really didn’t see what was coming. I mean, I think I can speak for all of us that nothing is predictable. That’s for sure.”

Tune into the season 2 premiere September 27 at 9 p.m. on NBC and stream it the next day on Peacock.