NBC television movie “Harper Valley PTA,” starring Barbara Eden, debuted in 1980. It was based on the 1978 theatrical of the same name, which itself was based on the 1968 country song of the same name recorded by Jeannie C. Riley. And it led to the two season sitcom from 1981 to 1982…In 1985, Yul Brynner reprised his role in “The King and I” onstage, which was the subject of a short-lived CBS comedy called “Anna and the King” (with Brynner and Samantha Eggar) in the fall of 1972…

Did You Know?:
“Anna and the King” led into another new comedy, which started out slow but rose to the Top 10 when CBS moved it in season two to Saturday at 8:30 p.m. ET out of “All in the Family” and into “The Mary Tyler Moore Show.“ The name of that series was “M*A*S*H.“

NBC Orders Non-Scripted “True Story”
NBC has greenlit “True Story,” a new series co-hosted by Ed Helms (“The Office,” “The Hangover”) and Randall Park (“Fresh Off the Boat”). Helms will also executive produce. Based on Australian series “True Story with Hamish & Andy,” “True Story” is a six-episode hybrid alternative-scripted series in which everyday Americans sit down with Helms and Park to share their most extraordinary and unbelievably true stories for the first time.

The logline: As the stories unfold, events are humorously brought to life by a cast of comedians and actors in heightened, dramatized re-enactments of cinematic proportions. In a first-of-its-kind format, “True Story” will give real people their very own biopic with well-known celebrities cast in the title role.

Each hourlong episode of “True Story” will feature two real-life stories. A premiere date will be announced in the future.

Netflix Announces Dramedy “The Chair
Netflix has greenlit a new half-hour dramedy called “The Chair” starring and executive produced by Sandra Oh (“Killing Eve,” “Grey’s Anatomy”)) and co-starring Jay Duplass (“Transparent,” “Outside In”). The series centers around the Chair of an English Department in a major university. Six episodes have been ordered.

Discovery to Revive “Monster Garage”
Fourteen years after the final Monster Machine was built, Jesse James is returning to Discovery Channel in a brand-new season of “Monster Garage,” produced by Original Productions. The Austin, TX resident and founder of West Coast Choppers is back with an upgraded garage, cutting-edge technology and a renewed passion for creating some of most mind-blowing vehicles to ever drive across television screens. Monster Garage will premiere later this year on Discovery Channel.

The scoop: In the years since “Monster Garage” ended, James has traveled the world, expanding his skill set along the way. His passion for pushing the boundaries in metal-working took him to Israel where he apprenticed with Uri Hofi, considered one of the world’s most accomplished blacksmiths. Now, James is back to continue his legacy and inspire a new generation of builders. With a focus on elevating mechanical and automotive vision in the shop, James is once again looking to accomplish the impossible and will be working with some of the most talented craftsmen and women in the country. 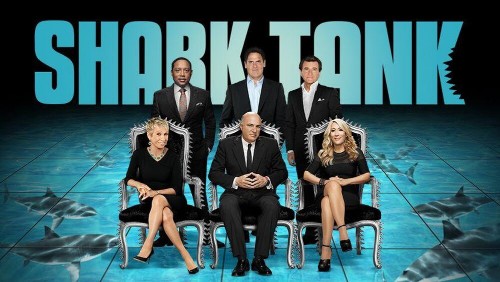 25 of the Most Memorable Items in “Shark Tank” History
If you are a fan of ABC’s “Shark Tank” like I am (and, let’s face it, we all have some ideas we want to pitch to the “Sharks”), I imagine you also lost some interest after ABC foolishly moved it to Sunday. Thankfully, the network has finally seen the error of its ways and is relocating “Shark Tank” back into the Friday 8 p.m. ET anchor position effective on February 28.

Two days prior to the move, the alphabet net is offering “Shark Tank: Greatest of All Time” in the Wednesday 10 p.m. ET hour on February 26. The one-hour special showcases some of the most successful products in the history of the veteran reality series.

Now in season 11, Shark Tank has been a haven for products pitched to “Sharks” Barbara Corcoran, Mark Cuban, Lori Greiner, Robert Herjavec, Daymond John and Kevin O’Leary, among others. Everything from food, clothing and home-related products to exercise equipment, holiday-themed items, health, safety and technological advancements…and much more.

Ironically, one product the Sharks did not get a deal on, the Ring Video Doorbell (only Kevin O’Leary offered a deal and was turned down), was sold by the owner, Jamie Siminoff, for a whopping $1.1 billion in February 2018.

For a look at 25 of the most memorable products featured on the show, click here or on image.

The “One With the Reunion” on HBO Max
No, it is not a full-fledged revival series. But it you are an upcoming streamer like HBO Max, WarnerMedia’s digital offering which launches in April, you want something big and splashy in the programming department to attract some attention in the crowded digital space. Enter the long-rumored reunion of 1994-2004 sitcom “Friends,” which will now officially feature the return of the Fab 6 — Jennifer Aniston, Courteney Cox, Lisa Kudrow, Matt LeBlanc, Matthew Perry and David Schwimmer — in an unscripted special in May 2020.

The group will return to the iconic comedy’s original soundstage, Stage 24, on the Warner Bros. Studio lot in Burbank for a celebration of the beloved show, which coincides with the availability of the comedy on HBO Max. For more, click here

Season nine of PBS period drama “Call the Midwife” will open on Sunday, March 29 at 8 p.m. ET. The logline: This season the medics and midwives of Nonnatus House will encounter new challenges as the population shifts, rules change and old diseases return. Meanwhile, their own experiences are fueled by love, loss and doubt.

ON THE AIR TONIGHT
“The Voice” (with Nick Jonas) and “Little Big Shots” with new host Melissa McCarthy, open new seasons on NBC…“Agatha Raisin” concludes for the season on Acorn TV…For the listing of available programs for Monday, February 24, click here