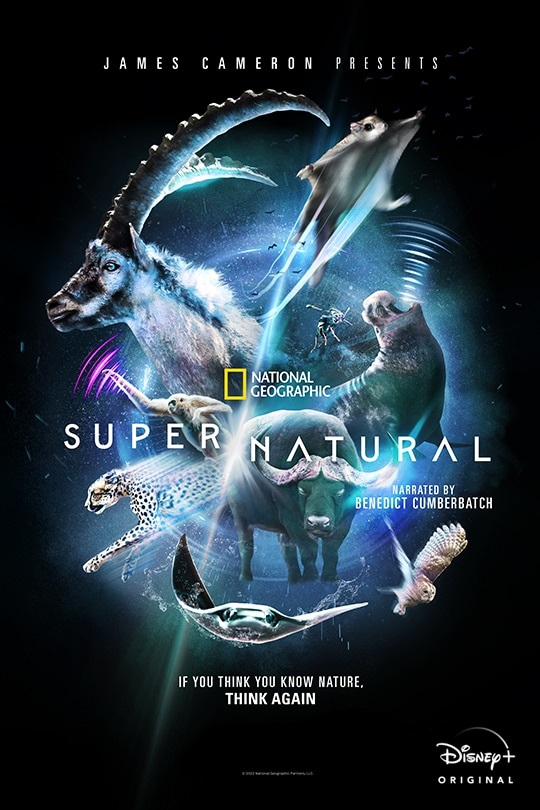 Executive-produced by James Cameron and narrated by Academy Award®-nominated and BAFTA Award-winning actor Benedict Cumberbatch (“Doctor Strange in the Multiverse of Madness,” “Power of the Dog”), this new series will utilize the latest scientific innovations and leading-edge filmmaking technology to reveal the secret powers and super-senses of the world’s most extraordinary animals, inviting viewers to see and hear beyond normal human perception to experience the natural world as a specific species does — from seeing flowers in bee-vision to eavesdropping on a conversation between elephant seals to soaring the length of a football field with glow-in-the-dark squirrels.

Using advanced camera technology, Super/Natural intends to unveil the secrets of some of the incredible superpowers that animals and plants have, like the ultrasonic communication system used by bats to track food in the darkness.