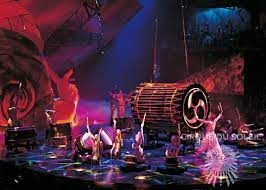 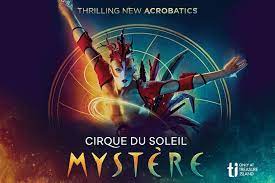 Las Vegas, NV (The Hollywood Times) 10/13/21 – We’ve spent a lot of time in Las Vegas lately. Between the re-opening of the Life is Beautiful (LIB) musicFestival, and the return of film industry convention Clexacon, The Hollywood Times dove back into the action in 2021.

But some of Las Vegas’ attractions are less come-an-go by nature. Mystére by Cirque du Soleil is one of 6 resident shows at mainstay Las Vegas strip hotel Treasure Island. It’s the show that elevates the hotel from family fun to sophisticated adult vacation. And we had a chance to see it from incredible seats during our last coverage trip for The Hollywood Times. 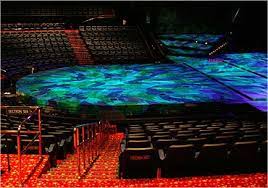 Cirque’s best-known Vegas show originally opened in 1993, making it the company’s longest running show, and one of Las Vegas’ most well-known and venerable acts. 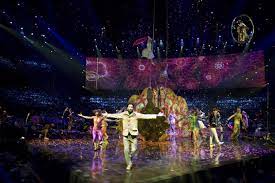 The acrobatics are particularly impressive, and obviously Cirque du Soleil is legendary for them. Set to the moving rhythm of Taïko drums, the entire show is a journey and a mystery in itself.

How it manages to showcase the awe-inspiring skills of its 67 monumentally athletic international performers, while still evoking humor and light-heartedness, is beyond us. 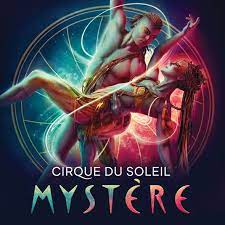 We couldn’t get enough. Imagination is the name of the game. Once you’re through viewing a performance, you’ll wonder if you ever had any — the company defines the term “imaginative”. Dragone’s vision is one of style, grace, dreamlike quality, and evocative beauty.

The stunts are nothing short of amazing; the circus-like levity of the entire show drew us in and wouldn’t let us go. And we’re absolutely in love with the intriguing sets and sensually dynamic costumery. 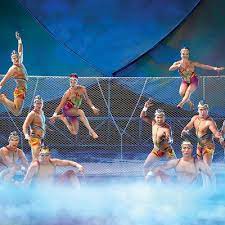 In short, if you’re in Las Vegas now, or plan to be, you can’t make a better move than getting your tickets to Mystére. We recommend splurging on those front-row seats. There’s something even more arresting about seeing the performers and sets so close up that you can see the slight trembles of muscle and appreciate the perfection of each and every trick.

As a matter of fact, you may just see us there. We simply can’t get enough of this iconic company in one of Las Vegas’ most legendary live shows.