“My Crazy Ex Girlfriend”, which ends its run with a hilarious final season on CW starting tomorrow, has been a hit with a certain demographic from the start. The unique, Golden-Globe winning musical comedy has caught on in a way that hasn’t really been seen, or understood, since “Glee” catapulted into the national pop-culture consciousness.

The show was originally envisioned as a 4-season run, so they’re right on schedule for the perfect execution of a beloved series. Rebecca Bunch, played by Rachel Bloom, recklessly moves from New York City to “the pride of the Inland Empire” West Covina, in order to win back her boyfriend Josh (play by Vincent Rodriguez III). The series documents her downfall, and the steps she takes to reinvent herself.

It suffers from something that some of the greatest shows on television have suffered from—low rating coupled with a general public apathy for a show that critics love. Other famed series that have met this fate include “Arrested Development” and “My So-Called Life.” In other words, it’s got depth and the universal approval of the critics; but the ratings stubbornly refuse to reflect that. 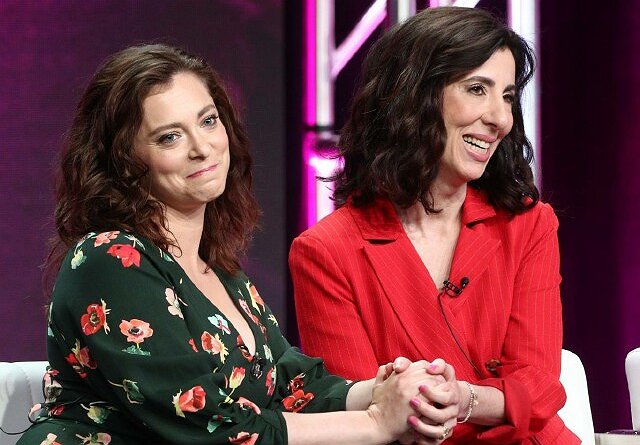 The Television Critics Association hosted a panel, and the crew got a chance to sit down and talk about it ahead of the Season 4 premiere.

“We’re so excited,” Bloom told the crowd. “It is not only like a big leap and feels experimental and playful like our show, but as you will see, when the show airs, it will be kind of a great statement on how our perception of people changes.”

The beloved production numbers of the show, naturally, are returning. And they’ve only gotten bigger. “We keep adding characters to these big songs, and we have a couple of kind of huge production numbers with almost everybody in the cast in them,” said writer Aline Brosh McKenna.

“Also, we have Patton Oswalt is coming back” added Bloom. “And he’s singing a song this time, and a lot of the people in his song are guest actors, so that’s definitely a headache for a line producer but a joy for us. But I’m very excited to write more ensemble numbers for all of us to do together, not only because it feels like a culmination of all four years, but we’ve gotten very close as a cast, and anytime we can all do things together, it’s a real joy.”

While there’s a lot of laughter surrounding the topic of a “crazy” ex, Bloom says the show has turned into a deeper exploration of that. “Every season was always a different lens of what it meant to be a crazy ex from the inside out,” she said.

McKenna agrees, and expounded on what that means for Rebecca’s development in season 4. “So we deal with sort of the recovery and the redemption aspects, but also, it is a romantic comedy.” She said. “So I think one thing you can expect is, especially the back half of the season, deals a lot with her romantic life once we’ve kind of landed and settled in on more of the issues in her emotional life.”

Bloom, as it happens, is not simply in front of the camera. She’s been heavily involved, and her role expands even more this seasons. Not only did she write the first episode airing tomorrow; she will direct an episode, as well. 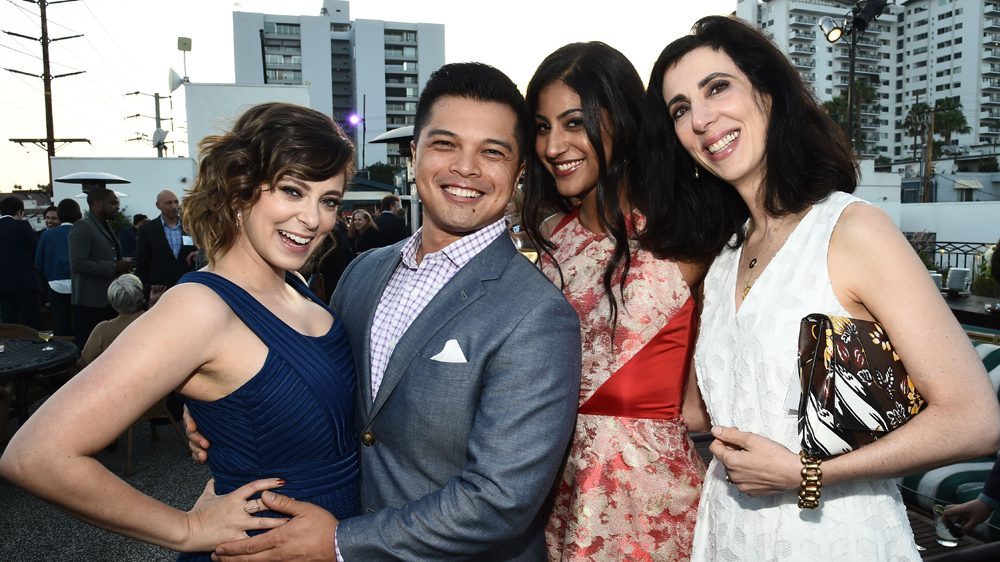 The writers never took their renewed seasons for granted. Given the low ratings, it was always hanging in the balance; so McKenna says she simply pushed forward. “You know, I always think of that Tim McGraw song, “Live Like You Were Dying.” She said. “We just wrote like we were being renewed.”

It was, however, always something they planned to end. “It’s a finite story with a beginning, middle, and end and that we’d always thought of it that way,” said McKenna. “It’s somewhat of a slender premise, and we felt like this was sort of a prism that we examine from four angles. It doesn’t really replicate itself. It has to have a progression, we felt.”

This progression has finally come full circle. Watch the beginning of the final season of “My Crazy Ex Girlfriend” tomorrow night on CW.