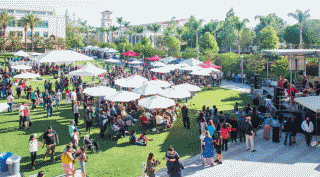 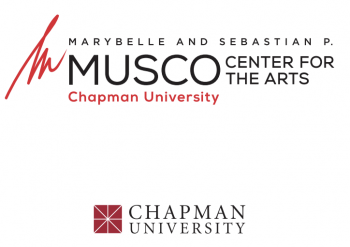 The free outdoor concert celebrates American Blues and its global impact with Rock and Roll Hall of Famer Booker T, New Orleans’ The Iguanas, and the Indian-influenced Bollywood Blues of Aki Kumar

The free concert will begin at 2 p.m. on the Bette and Wylie Aitken Arts Plaza, the large grass common that gently slopes up from the lobby entrance of Musco Center, located at 415 North Glassell in the city of Orange, on the Chapman University campus.

Musco Center’s Mostly Blues Festival will celebrate the blues for its ongoing importance to American music as well as its influence around the world. The concert will feature Booker T, a leading figure of that transformative era when Stax Records in Memphis and studios in Muscle Shoals, Detroit, and Chicago were transfusing the pop mainstream with Delta blues and gospel-inspired soul.

Organist Booker T remains a key figure in 20th Century music. As leader of Booker T and the MGs, a group comprised of four top studio musicians, he appeared on hundreds of hit records backing stars from Albert King to Bill Withers and recorded numerous hits of his own.

The festival also stars The Iguanas, a New Orleans-based quartet who take the blues in new directions with a mix of Crescent City tradition, Franco-Acadian blues and jazz, and the music of Mexico. Opening the program will be Aki Kumar, a remarkable Bay Area musician who plays blues based on the themes of the Indian sub-continent.

“The breadth of blues-based styles represented by these three great artists shows the influence the blues have had in America and in other cultures,” said Musco Center Executive Director Richard T. Bryant. “We hope to build on this format in future festivals.”

In addition, the first Mostly Blues Festival is a significant landmark in its expanding vision for public use of the Aitken Arts Plaza. The Aitken Arts Plaza has served as the site of all four Annual Heartbeat of Mexico festivals. On August 3, it was the setting for Pacific Symphony’s highly successful “Symphony in the Cities” concert, a continuation of Pacific Symphony’s long collaboration with Chapman University and Musco Center that began with Musco Center’s opening.

As Wylie Aitken, who is Chairman of Chapman University’s Board of Trustees, said at that concert, “Bette and I have always envisioned that this great space would be a catalyst for performances from right here at home and from around the world. And this outdoor space would help further distinguish Chapman University as a place of enormous vitality, diverse community engagement, and fun here in Orange County and throughout Southern California.”

“Our Symphony in the Cities concert,” added Bryant, “which drew nearly 2,000 people from the surrounding community, underscored the versatility of Aitken Arts Plaza as a model for future Musco Center and Chapman University engagement with our surrounding communities. The Aitkens have long provided major financial support and institutional leadership for arts organizations across Orange County and the State of California. With the launch of our Mostly Blues Festival, Musco Center adds another dimension to how the performing arts and future audiences can come together in an outdoor venue with ever expanding uses.

“And it’s another way Musco Center continues to thank the residents of the City of Orange and the broader Orange County community,” he said.

Booker T has long been the first name in Memphis soul, from his 1960s leadership of the Stax house band that played on hundreds of recordings by Wilson Pickett, Otis Redding, Bill Withers, Sam & Dave, Carla Thomas, Rufus Thomas, Johnnie Taylor, and Albert King to name just a few. That house band would become Booker T and the MGs, with Steve Cropper and Duck Dunn among its most famous members, and go on to be inducted in the Rock and Roll Hall of Fame in 1992, the Musicians Hall of Fame and Museum in Nashville, Tennessee in 2008, and the Memphis Music Hall of Fame in 2012. This year they were inducted into the Blues Hall of Fame. As Booker T and the MGs they released records under their own name, including the 1962 hit single “Green Onions.” Recently USA Today listed “Green Onions” and Bill Withers’ “Ain’t No Sunshine,” which they produced and appeared on, among the Top 100 recordings of all time.

The Iguanas are a one-of-a-kind blues quartet. They describe themselves as New Orleans’ premiere distillers of a continental musical mélange of accordion-infused Franco-Acadian blues and jazz, with “the lilting grace and fiery passion of the music of Mexico.” The Iguanas are René Coman, bass, keyboards, vocals; Joe Cabral, saxophone, bajo sexton, vocals; Doug Garrison, drums, percussion; and Rod Hodges, guitar, accordion, vocals. Their music takes its cue from the above influences, while crossing cultures, styles, eras, and languages to redefine the notion of Americana. The Iguanas’ unique sound takes a listener within earshot of Rue Bourbon, Muscle Shoals, and Plaza México. Together or individually the members have played or recorded with Charlie Rich, Alex Chilton, Willie DeVille, Emmylou Harris, and Allen Toussaint among many others.

Indian-born, San Jose-based Aki Kumar, aka “The Only Bombay Blues Man,” left his home in Mumbai with the intention of working as a software engineer in Silicon Valley. After discovering the blues his life changed dramatically. With Aki Goes to Bollywood, his recording debut, he began integrating elements of Indian music into his musical and visual presentation, making for a completely new multi-cultural mash-up that never loses touch with its blues foundation. Kumar’s follow-up album, Hindi Man Blues, boasts an even more ambitious cross-cultural fusion, with liner notes by veteran blues great Charlie Musselwhite. Kumar has performed at Hardly Strictly Bluegrass Festival, been featured on PRI “The World,” and toured Russia and Scandinavia.

The Mostly Blues Festival on October 12, 2019 begins at 2pm. Tickets are free, but advance reservation strongly suggested online at www.muscocenter.org or by calling Musco Center at 844-626-8726 (844-OC-MUSCO). Parking is also free.

Since it opened on March 19, 2016, Marybelle and Sebastian P. Musco Center for the Arts at Chapman University has been hailed as “an ideal opera house, potentially the best in the West and maybe even something more” by the Los Angeles Times. Designed by renowned architects Pfeiffer Partners, with acoustics by world-renowned Yasuhisa Toyota of Nagata Acoustics, Musco Center boasts an intimate seating chamber with 1,044 seats on three levels and a full-scale stagehouse capable of grand spectacle or lush symphonic sound with its unique orchestral shell in place. Musco Center serves as a dynamic focal point for campus life and the broader community, giving notice that world-class arts education and artistic achievement have found a new home in Southern California.

For more information about Musco Center and its upcoming events, and to purchase tickets online, visit www.muscocenter.org.