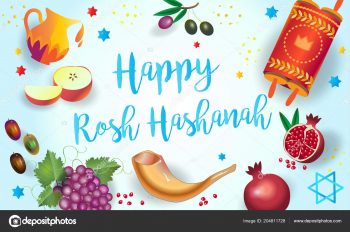 ON THIS DAY
Lucille Ball began her second hit sitcom (and her first without Desi Arnaz) with “The Lucy Show” on CBS in 1962. Everyone’s favorite “second banana,” Vivian Vance, appeared as a regular in the first three seasons…Also premiering: Reality documentary “This Is Your Life,“ hosted by Ralph Edwards, on NBC in 1952; the single episode season of classic sitcom “The Honeymooners” on CBS in 1955; and Showtime drama “Dexter,“ starring Michael C. Hall, in 2006…Celebrity Birthdays: U.S. President Jimmy Carter is 95; beloved actress Julie Andrews is 84.

Did You Know?
One week after “The Honeymooners” ended, on Sept. 29, 1956, the characters of Ralph and Alice Kramden and Ed and Trixie Norton returned to their roots in sketch form on CBS variety hour “The Jackie Gleason Show“…Vivian Vance as Vivian Bagley in “The Lucy Show” made the history books as the first divorced TV character in a regularly scheduled series.

Note: As of this Thursday, Oct. 3, Nielsen will no longer be releasing the overnight ratings in the morning. We will begin utilizing the fast affiliate data (which is time period based and available at 11 a.m. ET) as our first source of ratings for the prior evening.

Ratings Breakdown:
“The Voice” led NBC to week two Monday overnight victory, with a 6.0 rating/10 share in households from 8-10 p.m. Comparably, that was 20 percent above “Dancing With the Stars” on ABC (5.0/ 8). Both veteran competition series were on par with year-ago overnight levels.

In week two news, there was erosion as expected for the new quartet of Monday series. The advantage of the already modest starts for the fall was not too far to fall. CBS comedy “Bob Hearts Abishola” scored a fourth-place 4.0/ 7 at 8:30 p.m., which was completely compatible with lead-in “The Neighborhood” (#4: 4.1/ 7 at 8 p.m.) and nine percent below its week-ago opener (4.4/ 7 on Sept. 24).

For the remainder of the overnight analysis for Monday, September 30, click here

In “Ellen’s Home Design Challenge,” design aficionado DeGeneres is giving eight forward-thinking designers the chance to push their creativity to the limit. DeGeneres will be on hand to weigh in on each challenge and provide humorous, colorful commentary. The series is produced by Warner Bros. Unscripted & Alternative Television and A. Smith & Co. Productions in association with Telepictures and A Very Good Production, with DeGeneres, Jeff Kleeman and Arthur Smith serving as executive producers.

“Little Ellen” is a 2D animated children’s show that explores the world through the eyes of a seven-year-old Ellen DeGeneres. The 40-episode quarter-hour series is produced by Warner Bros. Animation and Ellen Digital Ventures. DeGeneres, Kevin A. Leman II, and Sam Register serve as executive producers. Jennifer Skelly is a co-executive producer and Jason Blackman is a producer.

“First Dates Hotel,” based on the hit UK format devised by Twenty Twenty Productions, Ltd., is set at an affluent boutique hotel will find single people from multiple generations gathering for an intensive and tailor-made romantic experience. After fun, amusing and potentially disastrous dates at the hotel restaurant, poolside and under the stars, if the potential lovers like each other, they can choose to stay on for a second date in the hopes of finding out if they’re ultimately a match. Produced by Warner Bros. Unscripted & Alternative Television in association with Shed Media, A Very Good Production and Twenty Twenty Productions Limited, DeGeneres, Jeff Kleeman, Pam Healey, and Dan Peirson will serve as executive producers on the project.

Currently in development, “Finding Einstein” is an inspiring docu-series, blessed by the Einstein estate, that will seek out, celebrate and support a fresh generation of Einsteins. Some may be a stone’s throw away …others may be in a tiny village halfway around the world…all of them are motivated to live up to Einstein’s ideal of changing the world for the better. The series is executive produced by Warner Bros. Unscripted & Alternative Television in association with Telepictures and A Very Good Production, with DeGeneres, Kleeman and Todd Goldman serving as executive producers.

Set in the fictional town of Hawkins, Indiana, in November 1983, the first season of “Stranger Things” focused on the investigation into the disappearance of a young boy amid supernatural events occurring around the town, including the appearance of a girl (Millie Bobby Brown) with psychokinetic abilities who helps the missing boy’s friends in their search. The second season was set one year later in October 1984 and dealt with the characters’ attempts to return to normality and the aftermath of the events from the first season. The third season was set in July 1985.

Food Network Renews “Supermarket Sweep” for Season Two
Food Network has picked up a 13-episode second season of primetime series “Supermarket Stakeout.” Hosted by Alex Guarnaschelli and set in pop-up kitchens outside local supermarkets, each episode kicks off with a culinary ambush where four competing chefs approach unsuspecting shoppers leaving the store to negotiate the bags right out of their hands. Over three rounds of themed culinary challenges and with a limited budget, the chefs are only able to use the items they can wrangle out of the customer’s carts to make successful dishes for a rotating panel of judges.

Season two of “Supermarket Sweep” is scheduled to premiere March 2020

Roseanne Who?: ‘The Conners’ In Season 2 Opens As The Highest Rated Broadcast Sitcom
Last year at this time there was a split consensus on whether or not the revamp of sitcom “Roseanne” to “The Conners” (minus the outspoken Ms. Barr) could work. Personally, I was all for it. I never missed the original nine-season ABC sitcom (including that horrific final season in 1996-97 when the clan wins the lottery). And, despite Roseanne Barr as Roseanne Conner at the center, there was a fictional family of other characters I was just not done with.

ABC, of course, abruptly canceled the top-rated revival of “Roseanne” in the spring of 2018 when Barr compared former Obama administration official Valerie Jarrett to “Planet of the Apes,“ in a comment on Twitter.

Flash to the week one Nielsen ratings this season and “The Conners” in season two opened as the highest rated broadcast network comedy in adults 18-49. For more, click here

For the first time in MLB history, the playoffs will feature at least four teams that earned at least 100 wins in the regular season — Houston Astros (107), Los Angeles Dodgers (106), New York Yankees (103) and Minnesota Twins (101). All games aired on MLB Network, TBS and Fox will be available to MLB.TV subscribers who are authenticated subscribers to the applicable network through a participating pay TV provider. (Cord cutters will be unable to view the MLB postseason via MLB.TV

Oxygen will premiere “Killer Siblings,“ which will explore the psychology and pasts of  cold-blooded siblings who have carried out vicious murder, on Sunday, October 27 at 7 p.m. ET. The logline: “Killer Siblings” tells the twisted stories of some of the most maniacal siblings in history. Through exclusive interviews and firsthand accounts, the series will delve into the evil minds of siblings who partnered together to commit some of the most heinous and sophisticated homicides. From teen brothers with a perverse dream to become prolific mass murderers, to a Sheriff’s deputy who killed his wife’s lover by employing his brothers, who were on the FBI’s most wanted list, to do his dirty work, “Killer Siblings” will take viewers into the minds of family members committed to carrying out evil acts, no matter the cost.

Half-hour dramedy “Everything’s Gonna Be Okay” will premiere on Freeform on Thursday, January 16, 2020. The series features Josh Thomas as Nicholas, a neurotic twenty-something-year-old visiting his dad and teenage half-sisters, one of whom is on the autism spectrum. When Nicholas’ trip is extended due to his father’s untimely death, the siblings are left to cope with not only a devastating loss, but also the realization that Nicholas is the one who will have to rise to the occasion, move in, and hold it all together.

ON THE AIR TONIGHT
Series premieres: “In a Man’s World” on Bravo; “Ink Master: Grudge Match” on Paramount; “Most Terrifying Place” on Travel…Season premieres: “Carmen Santiago” on Netflix; “Outdaughtered” on TLC; “Adam Ruins Everything” on truTV…CW sci-fi drama “Pandora” concludes its first season…For the listing of available programs for Tuesday, October 1 click here