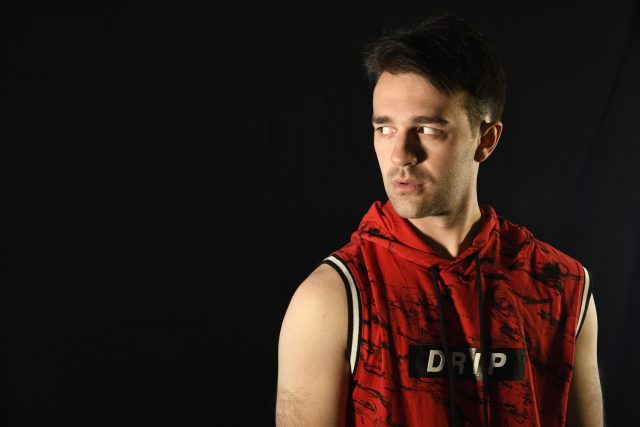 Los Angeles, California (The Hollywood Times) 5/11/2021 –MNERVA co-wrote “Stuck,”  during the beginning of quarantine when he was feeling like he was stuck in a rut and not in a good place mentally. He used writing to help him feel productive, creative and pull himself out of a mental downward spiral.

You previously went viral for a musical theatre parody he created based on the twenty-one pilots album “Blurryface.” Tell us more. 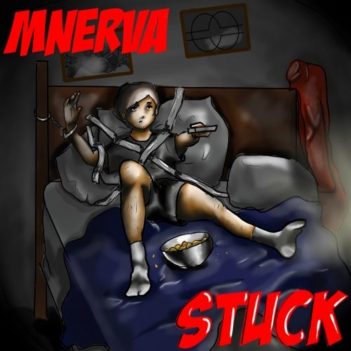 Ahh well, that’s a fun story. In October of 2015, I first discovered twenty-one pilots and was instantly obsessed when I heard their album blurry face. I remember listening to the album’s last track, “Goner,” and instantly seeing the blocking for a stage show in my head so I decided to try my hand at writing a twenty-one pilots jukebox musical. It took me a long time to get the show right but after 17 drafts, a workshop in Nashville, and a free performance in Brooklyn, New York, I finally felt ready to try and release the show. I knew that I had to get the blessing of the band in order to move forward with the project so I made a trailer for the musical and decided to try and get the group’s very dedicated fanbase, the clique, to endorse the project in January of 2020. When I released the video, it instantly blew up and it started trending on Twitter. But unfortunately, the trailer split the fanbase in two; half of the fans thought it was a brilliant idea and the other half made a lot of false assumptions about my intentions as a creative. After two weeks of craziness, I emailed twenty-one pilots’ manager and gave him my pitch to try and endorse the show. But sadly, I received a cease and desist letter and the project died instantly. Even though things didn’t go my way though, I don’t regret the experience and I truly believe writing the show made me a better songwriter and taught me the necessary skills needed to be an artist. And, despite everything, I still love twenty-one pilots and can’t wait for Scaled and Icy to come out later this year.

Your new single, “Stuck,” was co-written during the beginning of the quarantine. Tell us about the song.

“Stuck” was inspired by the hopelessness I felt during the 2020 Pandemic after I finally hit rock bottom in November. I had to move back home to Maryland after I lost my day job because of Covid and it only took a few months before I started to go crazy from the isolation. I felt like I was living through Groundhog Day and I absolutely lost my motivation to do anything. My productivity has always been connected to my self-worth so this cycle really took a toll on my mental health. Before I knew it, my drinking got bad, I stopped responding to my friends, and I couldn’t recognize the person I was becoming; I’ve never felt more like a loser in my life. “Stuck” was the first MNERVA song I wrote when I moved back to Nashville and was the first time I admitted to myself that I wasn’t okay. Writing it with the artist/producer, Kory Shore came very naturally and we finished the song very quickly. Honestly, it was the kick in the butt I needed to finally turn my life around and I enrolled in therapy soon afterward. Six months later, I can now say I’m sober, productive, and proud of the person I’m becoming. But I wouldn’t have reached this point had I not written “Stuck.” 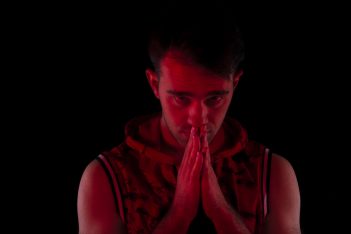 You used writing to feel productive and to pull yourself out of a mental downward spiral. Tell us more.

Songwriting has always been my outlet for processing my negative emotions; I can count on one hand how many happy songs I’ve written in my life. As such, it was very seamless writing “Stuck” because I had so much that had been weighing on me for months. It is extremely cathartic, finally describing exactly how you’re feeling in a lyric and I am exceptionally proud of how deep I dove writing “Stuck.” I just hope that a lot of people can relate to my honesty when they listen to the song for the first time. I know I wasn’t the only one who felt trapped when the world ended. 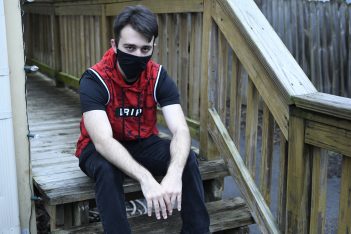 How important is this song? What do you want people to take away from it?

As I mentioned, this song turned my life around and finally showed me that I was, in fact, not okay and hadn’t been for months. Finally admitting that to myself helped me take the first step I was looking for to finally make changes in my life and I’m now proud to say that I’m six months sober and finally have the tools needed to battle my depression since enrolling in therapy. I hope that people see they’re not alone when listening to “Stuck.” It’s so easy to feel like you’re the only one that’s struggling especially because we live in a society where social media constantly shows people “killing it.” I’ve had a lot of people DM me saying that this song finally put how they were feeling into words and that has been the most validating experience of my life. If I can give people’s angst a voice then I have done my job as an artist.

Who are your musical influences?

My favorite band is, and always will be, Linkin Park. I still go back to all their records for inspiration and I believe that Mike Shinoda is one of the most underrated songwriters and rappers of all time. Additionally, I also love Post Malone, Logic, NF, grandson, twenty-one pilots, J Cole, AJR, Beartooth, and Jon Bellion and they push me to make the best music I can every day.

What are you working on?

I am currently in the final stages of finishing my debut EP, Talk Too Much, and am hoping to have the first single out in late June or early July. From there, the project will probably drop in September. The music is slowly becoming a lot more rock and I am extremely proud of every one of the five new songs on the EP. I can’t wait to finally show people the new era of MNERVA. In addition, I’m also working on my first original musical and have recently finished drafting all the music for the show. The musical is called, “What’s Written” and it’s about learning how to process grief and learn how to love yourself. That project is still a long way out from being done but it feels good to still be working theatre stuff even after “Blurryface: The Musical” got shut down. All and all, I’m just happy to wake up every day and create. And I can’t wait to finally unveil all of these new projects!