Los Angeles, CA (The Hollywood Times) 10/22/19 – Mike Provenzano began his career in modeling and voiceover. He has been seen in national commercials including, Prudential, Phillips Dreamstation, and Nike, (where he was used for a sculpture that was created for Mike Kryzweski. Provenzano’s breadth of his acting spans from the role of the Commissioner of the NFL, Military commander, evil vampire, and father. What is there not to like about Mike?

His first film, Tit for Tat, directed by Ken Zelenaka, Provenzano plays the NFL Commissioner. The short film sheds some light on the NFL and the challenge players face with CTE caused by concussions.

In his next film, Luna Provenzano plays the lead role of Dark Lord, an evil vampire who has such powers that he can annihilate the most beautiful and powerful people on earth. Luna is about an ancient princess with the love life force that is reincarnated with recurring dreams as the only memento of her ancient past. On a medical trip to combat a strange outbreak in Africa, she has a spiritual meeting with a Prince, the man in her recurring dreams. Back home, in her reality, a spiral of mystical and horrifying events occur that forces her to face the life she lost. Her mission to save humanity is now realized through the undeniable bloodline only she possesses.

“I enjoy expanding myself. Having the opportunity to play new roles allows me to expand my skill set. I’ve had a lot of fun doing horror films. I think it’s more about the story for me as I enjoy playing multiple types of roles. I enjoy playing a father figure, military commander, husband, and CEO types. However, I did a comedy recently and had a lot of fun. I would love to do a lot more of that in the future. “ -Mike Provenzano. 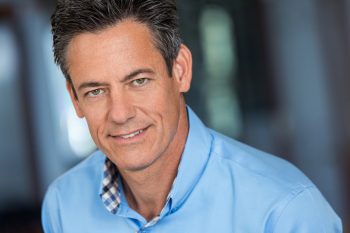 “What drew me to this project was the actual sadness that the story told me. How hard is it to think about this. It’s a true story and it needs to be told on a global scale in the hope of getting each of these to their respective families.”-Mike Provenzano

Provenzano plays a supporting role as Doctor in the horror film, No Way Out directed by Robert X. Golphin and Executive Producer, Tirrick Obadiah Smith. It will be filmed in early 2020. He is also in The Garden, in which he plays a father (detective and ex-military) who has lost his wife and child to an accident and his struggle with life due to this tragedy.

Provenzano sees 2020 as a breakout year. “I see myself taking the next step in this wonderful career and living my dream of playing different roles on a larger scale. I created a goal for myself of being on the Hallmark Channel and I am going to continue to do whatever I can to make this a reality.”-Mike Provenzano.