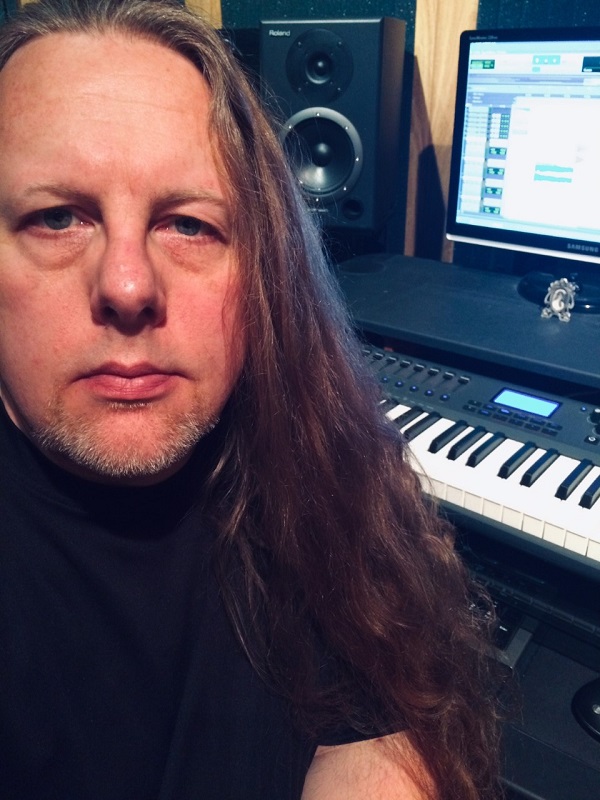 Los Angeles, California (The Hollywood Times) 10/22/2020 –  Mike Hall is well-known in the industry with over 25 years experience in sound design, composing, producing, engineering and mastering music for a vast variety of musical styles. He has worked in many forms of media that include audio cds/vinyl, film/video, and gaming for projects all over the world. “I have a huge passion in what I do involving the creation of music for myself and others. I shall continue this passion working with others worldwide to help develop the best Artistic Visions of Sound.”- Mike Hall

How are you taking the artistic science of audio to provide the best visions of sound today?

I think with all the technology of audio gear and how science has made it much easier and affordable to create music these days, there is still finding the right riff, melody, or feel of the music. With scoring for film you still have to create the sound that compliments the visual just like no technology can write a hit song it still relies on the basics like your ears.

Usually the first time I speak to the Director about the film I am already starting to hear ideas in my head. Sometimes I will be sent a script to take notes on the outline of the music and roughly where to place it. The idea is to get as much information as to what the director is thinking and their vision of what the sound and music should be. This saves so much time later on.

What is it about composing music that moves your soul?

Finding that melody or idea that raises the hair on the back or arms of those who listen. When it does that, that is a very powerful thing. The other thing I think about is that I’m creating something that will outlast me. When we create we are leaving a positive mark in the world and if other artists are inspired by it with their work it is a way of us living on through others.

Filmmakers come to you for your songs. Please share examples.

I will post various tracks and filmmakers will often ask if they can license that track for their film. They don’t have to be particularly music as in orchestral film music. My first song that went into a film was a song from one of my old Metal bands…at that time I had never even thought of music for film so even if you are a songwriter of any style you can almost always find someone wanting to use your song for their film.

What was a pivotal point in your career?

As I mentioned, Years ago I played in my various Metal bands and made and released records which got me into recording and then one day I was contacted by a German film director who asked if he could use one of my songs for the end credits of his horror film, Hardcore Poisoned Eyes. From then on it had inspired me to discover working and creating music and sound for film. I enjoyed it because I was always working on a variety of styles of music. It has made me learn more about music as well as the art of collaborating with other artists.

I am really enjoying the current film I’m working on. It’s a documentary series from director Alejandro Welsh from Argentina. The film is called El otro Adolf (The other Adolf) about the escaped war criminal Adolf Eichmann. The music I collaborated with another composer/violinist named Samuel Forrest and the music just came out amazing. I’m very happy with how it sounds!

Do you arrange/orchestrate as well as compose and do you orchestrate some of the music for the films you write for?

Yes, unless I am collaborating with others I am doing it all myself. I prefer to work with others when the budget can afford it as I think bringing other artists together is so much more exciting.

You have written a number of scores for the horror genre. Why intrigues you about these projects?

Yes, it just seemed to work out that way where the majority of the films I would find myself working on were more of the darker dramas and horror. Each composer has a style which comes easier for them and the darker music certainly always seemed to come easier for me. I like the emotion behind it that really adds to the visual and the characters as well as the feel for the audience.

What projects are you currently seeking?

I am always seeking projects…whether they be producing records or scoring music for film and tv. I guess I am always looking for a project which inspires me and makes me really want to create. You really shouldn’t allow yourself to feel you should take on every artistic project that comes along…especially those that don’t inspire you as much. They should have meaning to you or else you are only doing yourself as well as the art an injustice. Always seek out what inspires you.