Sugar Land, Texas (The Hollywood Times) 01/09/2022 – People from all around the world come to the United States in pursuit of “the American Dream.” Here, people are promised to accomplish their wildest dreams and have the financial and governmental support they need. However, this is far from the truth. The typical lifestyle of “the American Dream” is not guaranteed and it only seems truly possible for one group of people – the white-majority. In order to fight against the hardships and barriers that the country put up against them, majority Black and brown people are creating their own marketplace to conduct business, make a name for themselves, and make more money than they ever thought possible. Through the worlds of boosting, scamming and digital trapping, actor Michael K. Williams in his final season of Vice’s Black Market before his untimely death gives us an intimate look behind the curtain at people simply trying to live their best lives by any means. 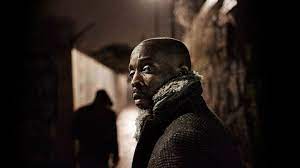 For example, the first episode of the season focuses on boosting. Williams takes the audience through his hometown of Brooklyn, New York to see how retail crime has changed the game. The episode is not simply Williams explaining what boosting is with interviews from “experts” on the subject from universities or other privileged institutions. Instead, the audience can see Williams watch these individuals commit these illegal acts right beside him. He brings a comfort and “big brother” vibe to everyone that he talks to throughout the show. Thus, the subjects that he interviews almost completely spill the beans on what it is they do due to Williams’ “no judgement” attitude and stance. Formerly involved in his own criminal activity to make a name for himself, Williams is the perfect person to take on this role of leading us through the black market safari because he has been there before. However, the game has completely changed now.

This is not simply selling drugs on the street and slowly seeing progress anymore. Clout and social media fame now play a role in the black market. Throughout the season, we see individuals brag about the illegal activities that they have done. They show off their money on social media with pride and talk about their crime as if they do not hurt other people. This is where Williams shines – He softly reminds individuals throughout the season that what they do affects people, even if they don’t see it. For example, episode two focuses on credit card scams and stealing identities. There are people that now have to completely start over in their lives because their information was sold online on the black market for a couple of dollars. Williams is able to understand why these individuals do what they do while also encouraging them to start anew with the talent they obviously have.

For Black and brown people, the system is completely set up against them. As the show states, now that Black and brown bodies are getting more involved in activities such as cyber fraud, now law enforcement want to crack down on these crimes as quickly as possible. It was less of a problem for law enforcement when majority white individuals were involved in these digital scams, which a former white criminal unabashedly points out in one of the episodes. Rapper Fat Joe states in episode one that he feels “Black and brown people are too good to do normal sh**.” When looking at the individuals spotlighted in the show, the audience member is left to decide if these crimes are not only smart, but if they truly put the communities where they have always wanted to be – equal.

The flexing online, risking your freedom in order to purchase the newest clothes and even using bots to boost streaming numbers all come down to the simple goal of being the best. Black and brown people arrive in this country and immediately are treated as inequal. They must work twice as hard to get halfway to where their white counterparts are. Even if it is illegal, why not risk it all in order to feel like you belong? This is the message that Williams throughout his series is fighting against. You do not have to turn to crime in order to feel like somebody. You already ARE somebody and you matter. There is no reason to throw your life away for crime when you can use your skills for your overall betterment. 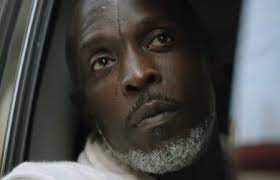 In his final episode, the audience watches Williams watch a trial of a rapper simply using bots and scamming to boost streaming numbers to become one of the biggest stars in the world. However, this all came crashing down when he was sent to jail for over two years. In his final shot, Williams is crying after hearing the verdict, wishing that the rapper was able to have a second chance to change his ways. This perfectly summarizes how much Williams cares for his community and the individuals beyond it turning to the black market to make a better life. Through his series, Williams was able to inform audiences about what these crimes are and encourage everyone watching to not follow in these individuals’ footsteps. He changed numerous lives and started needed conversations simply by being himself and being accepting of everyone he met. While the black market grows every day, Williams brilliantly left his footprint behind with his series Black Market to try to stop the process. The glamourization of crime on social media has brought in more people willing to participate, but this series portrays that for some, the rewards are momentary.