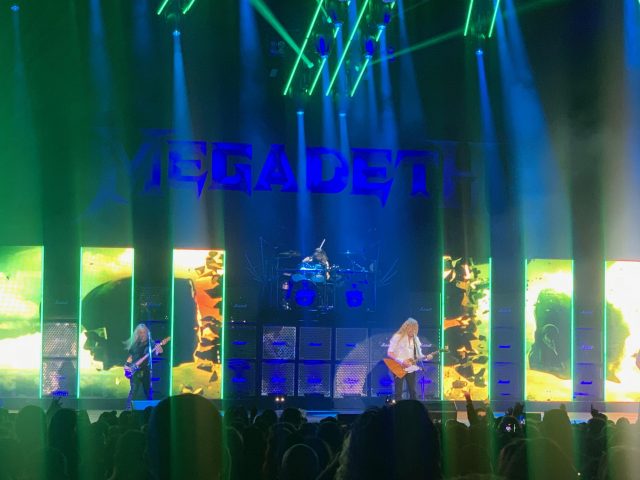 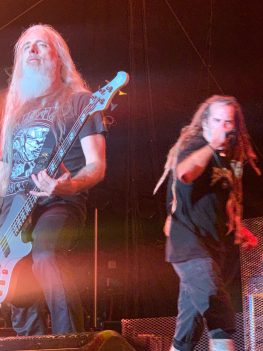 Irvine, CA (The Hollywood Times) 9/2/21 – To kick off September, the Metal Tour of the Year made a pit stop at Irvine’s FivePoint Amphitheatre, the replacement to the iconic Irvine Meadows. Nonetheless, with a capacity of 12,000, the four bands sold out to a packed house. Hardly any empty seats were spotted and with a niche metal-loving crowd, the energy was exuberant and elevated. 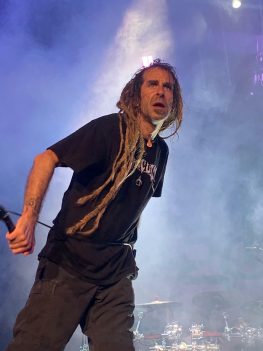 Dave Mustaine of headliner Megadeth, made very few comments, but before “Sweating Bullets”, addressed the crowd and conveyed his annoyance at all the shutdowns and his frustration. What was supposed to be a celebration of beating throat cancer, through 51 radiation treatments and nine chemotherapy treatments, became a postponed affair due to the COVID shutdowns. The crowd was in agreement. 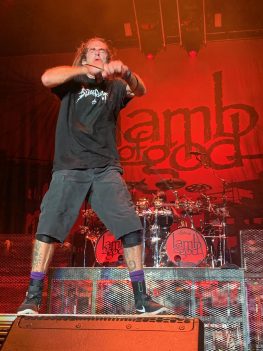 Lamb of God, the co-headliner, gave Mustaine props for his positive health news, which Mustaine had credited to prayer. The celebration was a long time coming and this rescheduled date captured the energy of excitement over live music’s return.

Hatebreed was the first act and opened up the show with a loud bang. Solid riffs and heavy power chords with a solid rhythm section, impressed the crowd. Their humility also didn’t go unnoticed.  The lead singer asked when everyone first saw Megadeth, exciting the audience and showing what a loyal crowd Megadeth fans are. 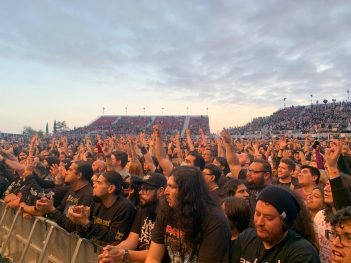 Trivium was the weakest of the four bands that played, but that does not take away from their talent and strong performance, nonetheless. Telling the crowd that the Denver audience was better didn’t sit quite well with prideful Southern Californians, but their music was solid and many in the crowd were wearing Trivium shirts, indicating a loyal fan base that contributed to the strength of this overall bill. 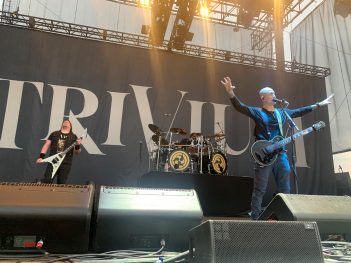 Lamb of God blew the audience away. Frontman David Randall Blythe displayed his theatrics including headbanging with his dreadlocks flying around, and rocking out classics like “New Colossal Hate”, “Now You’ve Got Something To Die For” and the closer “Redneck”, which left “this is a mother-f-ing invitation” stuck in everyone’s heads through the intermission. Another great moment was the drummer of Lamb of God, nodding his Southern California roots. He saw Lamb of God with Megadeth back when he was a teenager and eventually joined the band. 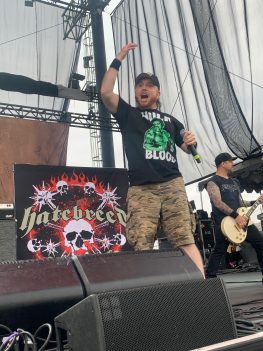 But Megadeth closed the show appropriately. Megadeth is a decades old institution, driven by the iconoclastic Dave Mustaine, who has dared to be different, from staying true to its metal roots while former bandmates Metallica went on to commercial heights. But with two mainstream and poppier albums, Megadeth also dared to take a “risk”, a nod to their 1999 record, which followed the commercially successful “Cryptic Writings”. Only one song was played from that era: the MTV hit video and radio top 5 hit “Trust”. Aside from that, the short set that was only 65 minutes long, featured key moments in their career from the timeless “Sweating Bullets” and “Symphony of Destruction” released in their commercial peak to earlier 80s classics like “Peace Sells”, “Holy Wars” and “Hangar 18” to newer classics from 2016 when they scored a radio hit with “Dystopia”. 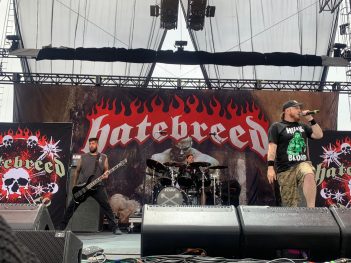 Closing with “Holy Wars” and no encore, the show closed, solidifying the Megadeth brand of no-BS and straightforward metal, while simultaneously celebrating a rich career that has spanned five decades, and capturing the energy and excitement of Mustaine’s personal recovery from cancer. It is a proud moment for a rebel like me to have been a loyal follower of Dave and Megadeth over all these decades and they were clearly in top form in Irvine.