in association with POPSUGAR FILMS

SANTA MONICA, CA (August 9, 2017) – Lionsgate Digital Studios’ announced today Meghan Rienks (Hulu’s Freakish, go90’s Mr. Student Body President), Sasha Pieterse(Pretty Little Liars, Inherent Vice), Karrueche Tran (CLAWS, The Bay) and Arden Cho(Teen Wolf) will star in the feature film Honored, to be directed by Elissa Down from a screenplay by Marilyn Fu (The Sisterhood of Night), with a story by Fu and Meghan Rienks.   Lauren Weedman (Looking, The Little Hours), Graham Sibley (Zombie Honeymoon, Dark/Web), Ethan Peck (The Curse of Sleeping Beauty, 10 Things I Hate About You) and Chris Mason (Broadchurch) will round out the cast of the high school comedy.  Honored will be executive produced by Untitled Entertainment’s Kendall Rhodes and Jason Newman and Zoe, Cisely and Mariel Saldana’s Cinestar Pictures in association with POPSUGAR Films. Film is being produced by Liz Destro of Destro Films (The Little Hours, Joshy). Jordan Gilbert and Lindsay Gomez are the creative executives for Lionsgate. Tom Huffman is the creative executive for POPSUGAR Films.

The film also marks the first collaboration between Lionsgate Digital Studios and POPSUGAR Films, as well as the first time Cinestar Pictures will executive produce a feature film.  Honored begins shooting this week in Los Angeles.

At the start of high school, Piper, Sophie, Isabella and Honor think they will be best friends forever, so they sink a time capsule in the lake with a list of things they want to do before graduation. But a big falling out causes them to grow in different directions with hobbies, cliques, and social status, to the point where it’s like their 14 years of friendship never happened. By senior year, Piper (Rienks) has turned into the class clown/party girl. Sophie (Tran) pledges to stay a virgin until she’s married and has created a purity app. Isabella (Pieterse) is the feminist femme fatale who’s the editor of a zine, and Honor (Cho) is the pride and joy of the community. Honor’s dream of being a professional ballerina is taking off, but when tragedy strikes, the former BFFs must reunite and do all the things on the list they made in eighth grade. From jailbreaking the school mascot, Mo the goat, to getting back at some bitchy cheerleaders by disrupting halftime, the list forces them to face up to the real reasons for their falling out as they navigate body shaming, sex, and the party culture in high school. Through laughter, tears, and looking life and death right in the eye, they rediscover their friendship and learn to live life to the fullest every moment, even if it means saying good-bye forever to someone they love.

Executive Producer Zoe Saldana states, “It’s gratifying to be in the company of so many talented women on this project, another sign of female empowerment rising in Hollywood. For me, it’s also very exciting to step into an executive producer role with my sisters and Cinestar co founders Cisely and Mariel in our first feature film with Lionsgate and POPSUGAR.”

“We are thrilled to be collaborating with this talented cast and filmmaking team, made up almost exclusively of women,” said Lindsay Gomez, Lionsgate Creative Executive. “POPSUGAR’s platform supporting empowerment and strong female representation aligns with our vision for this film. We look forward to working with this passionate group as we bring this script to life.”

POPSUGAR Films is the feature film division of POPSUGAR, the leading producer of online video lifestyle content. POPSUGAR Films backs feature films that further its mission to power the optimism and dreams of its audience of 100 million women globally.

A division of Lionsgate, Lionsgate Digital Studios develops, produces and distributes content for today’s digital audiences. The first major new studio in decades, Lionsgate is a global content platform whose films, television series, digital products and linear and over-the-top platforms reach next generation audiences around the world.  In addition to its filmed entertainment leadership, Lionsgate content drives a growing presence in interactive and location-based entertainment, gaming, virtual reality and other new entertainment technologies. Lionsgate’s content initiatives are backed by a 16,000-title film and television library and delivered through a global licensing infrastructure.  The Lionsgate brand is synonymous with original, daring and ground-breaking content created with special emphasis on the evolving patterns and diverse composition of the Company’s worldwide consumer base. 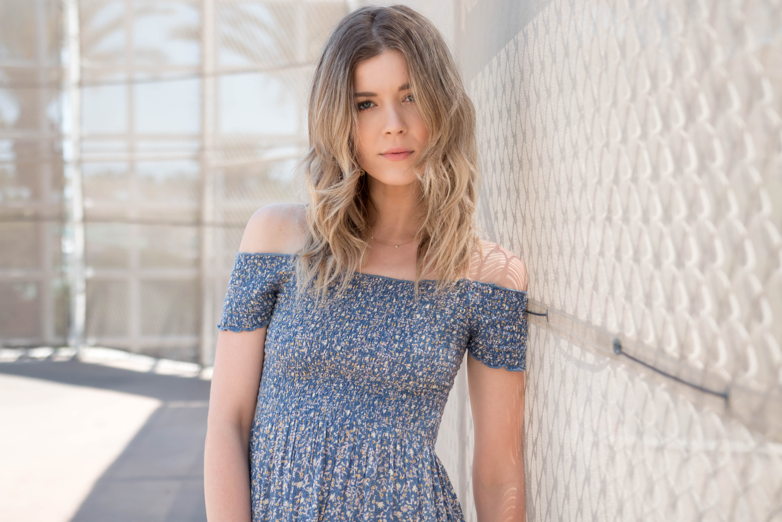