Los Angeles, CA (The Hollywood Times) 2/24/22 – Screening for a week at the Laemmle Glendale Theatre has been Mattie Do’s The Long Walk (Laos, 2019), a spooky tale of destructive hubris. Following her critically acclaimed Dearest Sister (2016), Laos’s first female director, Mattie Do, has crafted another enigmatic tale that sets itself apart from the usual horror fare, offering plenty of genre pleasures while retaining an arthouse aesthetic. In an impoverished Laotian village, an unnamed farmer (Yannawoutthi Chanthalangsy) leads a near-hermit-like existence. His daily rituals involve scavenging for metal scraps, which he sells for little money. His reticent demeanor, however, betrays none of his discontent.

Just as secrets lie beneath the landscape, he has skeletons in his closet. He is haunted by his mother’s death from severe lung disease. While people whisper about his ability to speak to the dead, no one knows that, since his childhood encounter with a ghost, he has taken it upon himself to relieve dying women of their suffering by euthanizing them. As their apparitions wander for eternity, these spectres embody his own inability to break free of the past.

Filmed in Laos, directed by American-born director of Laotian extraction Mattie Do, from a script by her regular collaborator.

Christopher Larsen (who’s written all of Do’s three features), it’s set in a Laos village surrounded by woodland. In those woodlands an unnamed old man scavenges for wires, abandoned tech detritus, and so on. When he gets on the dirt road that bifurcates the woodland, we see a modern cityscape ahead on the horizon. But the movie never gets there. Instead, the man goes into the village to sell his gatherings. As he walks, a young woman appears next to him. “Fifty years and you’ve never said a word,” he says of their time on the road together. The silent woman seems to be no older than 30.

In an interview about her film, Mattie Do elaborated: “My new film is weird, extremely weird. It has a hermit, an old man who lives by himself. And he euthanizes people because he feels that he’s helping them and easing their suffering. But did they ask for that? It’s quite selfish for him to assume that he’s an angel of mercy. And the movie has two different timelines. So, it’s actually a sci-fi time-travel film. And when the character starts to believe that he can manipulate his past, he affects himself as a little boy. It’s such a selfish decision for him to do that. So, he’s going back and feels that he’s helping the little boy/himself.” 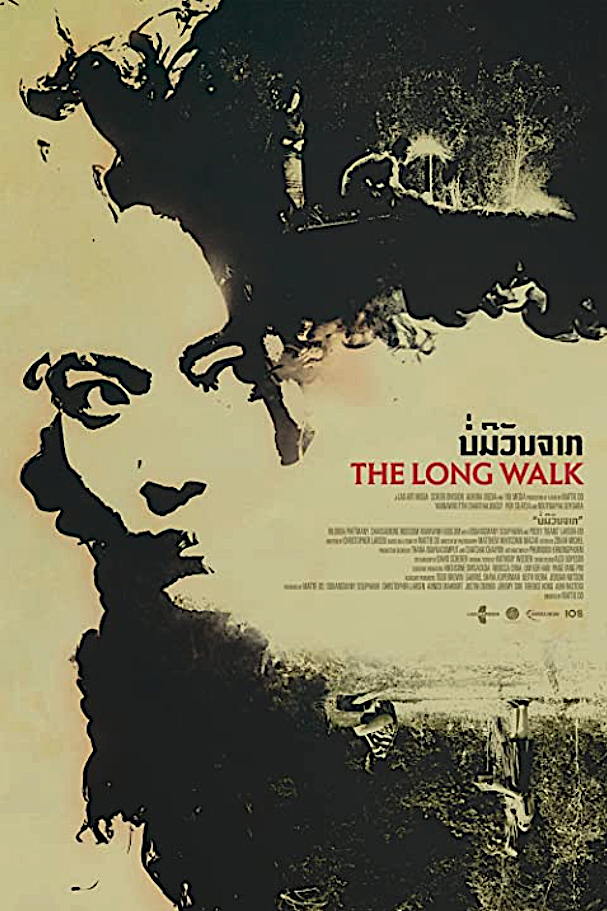 Continuing her explanation, Mattie Do adds: “But by helping himself, this poor little boy doesn’t get to live what he should be choosing. And at the same time, children don’t get to choose their lives. Adults are always forming what life is for them and the choices are made for them. And there’s a lot of that in my film, where choices are being made for other people, whether the adults are making it for the little boy, or the old man is making it for the people who are suffering, or foreigners who are coming to our country and making decisions for our country.”

Like her previous movies, Mattie’s Do’s film is a ghost story of sorts that follows some genre conventions while also examining the (contemporary) Laotian society. Director Do adds: “In Laos, ghosts are not just flimsy, see-through, glowing ghosts. They are physical, tangible, ghosts. That’s why I like to portray them.” The plot is realized through two timelines separated by 50 years. It opens in the near future with an old man (Yannawoutthi Chanthalangsy) living in the rural area, scavenging motorcycle parts for money. There is something sinister about his lonely existence, especially with a notion that there is a serial killer lurking in the area and him being one of the last persons who saw the latest victim alive. The plot twists when the dead woman’s daughter (Vilouna Phetmany) and the police come to him asking for help: Apparently, he can speak to the ghosts. One of them, a young woman (the first-timer Noutnapha Soydara), follows him down the road.

The other timeline is set in the recent past, with a boy (Por Silatsa) finding a dead young woman (Soydara, again) in the swamp. It might be his first contact with death, but it will not be the only one: his mother (Chanthamone Inoudome) is ill with no chance of recovery, while his father is largely absent, angry or drunk and the small vegetable garden around the house needs tending to. Eventually, in the course of the film, the two timelines connect.

Mattie Do has established herself as the first female director in Laos. Her third film, The Long Walk explores the nature of time, as well as the porous boundaries between science and the supernatural. Her film premiered at the Venice Film Festival in 2021.