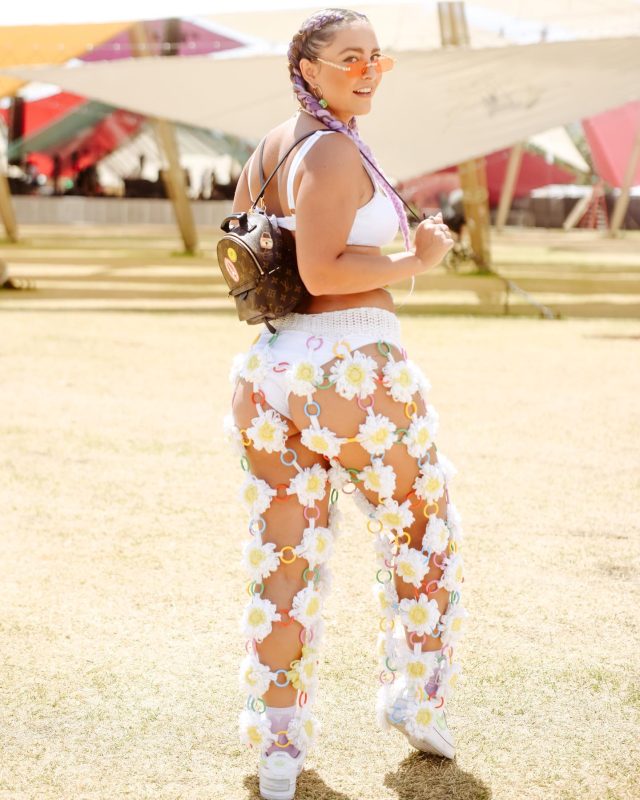 Indio, California (Coachella – The Hollywood Times) 04/24/2022 – Mary Droppinz is the DJ you need to know. The fresh face hit Coachella on day one of weekend 2, spinning tracks with energy and excitement. “ROLL CALL @thedolab 12pm sharp tomorrow!” the rising star wrote via her Instagram account. “This is my first time playing @coachella if you’re out there it would make my whole month to see you at the beautiful Do Lab Stage, all my love is being poured into the curation of this set.”

Droppinz, whose real name is Alyssa Johnson, hails from from Omaha, Nebraska – a long way from the chaos of Los Angeles. She currently lives in LA, an online profile states, and is “lighting up the house and techno scene.” That may well be an understatement. She’s known in her circles as the next big thing on the DJ circuit.

THT caught up with her back stage at the @thedolab and asked who were the dancers on stage behind her, she said “I have no idea where they came from but sure made my set even more fun”.  THT knows @Marydroppinz from @Twitch where she occasionally plays with @MichaelMilano. 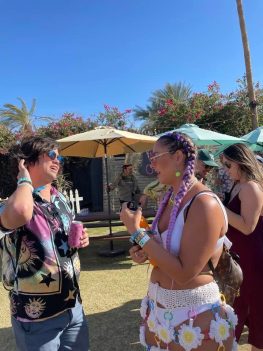 Coachella is a landmark event for Mary, but she’s long been pumping up the techno scene with her infectious blend of beats. She appeared at notable events including Minimal Effort: All Hallow’s Eve and AfterTraxx. She’s also played in support for Kill Frenzy and Christian Martin, and back in July she curated her very own high-energy pool party at the W Hotel in 2018. So clearly, she’s just getting started.

Quote from Mary Droppinz herself: Feeling so blessed to be able to share my music & style @coachella @thedolab I kicked off weekend 2 with the first set and y’all really showed up

! Big big love to the designer of these show stopping pants @sweaterpupppy

holy lord this queen is next level, check her out!