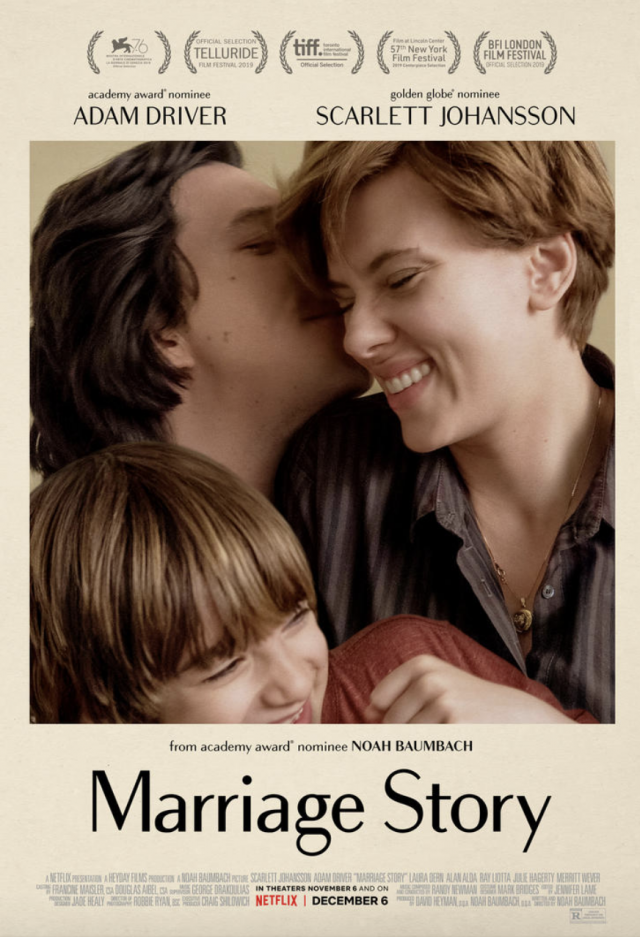 In theaters November 6 and on Netflix December 6

In Los Angeles, the film will play at The Landmark and The Vista, and in New York, theaters include the IFC Film Center, Landmark 57th West, and Nitehawk Prospect Park.  Additionally, Marriage Story will play at the Paris Theatre, New York’s last single-screen theater, starting November 6.  Additional engagements in US and international cities will begin November 15.

Written and Directed by Noah Baumbach