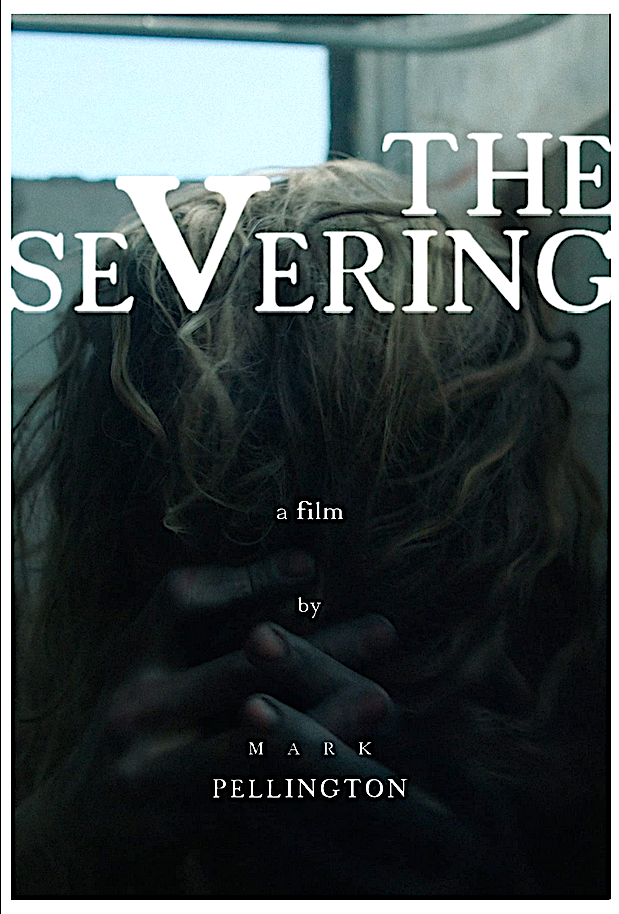 Los Angeles, CA (The Hollywood Times) 2/28/22 – Described as a “cathartic movement film,” The Severing (2021) just had its theatrical debut this evening at the Los Feliz Theatre in Los Angeles, courtesy of the American Cinematheque. Running 77 minutes, The Severing is not your typical dance film and will definitely elicit varying responses. Its choreography is not exactly Pina Bausch, but its blurring-into-one bodily configuration with six dancers is an experience in and of itself. The subject of the film is loss and grief, and how one deals with it emotionally. There’s sex, suffocation, struggle and signs of a damaged, damaging relationship all encoded behind the dense mesh of dance.

Mark Pellington is a renowned music video director, having worked with such acts as Bruce Springsteen, U2, Leonard Cohen, Pearl Jam, INXS, Demi Lovato, and Imagine Dragons. He’s also done TV work, as well as some feature films, including Arlington Road (1999), The Mothman Prophecies (2002), Henry Poole is Here (2008), and The Last Word (2017). Despite a successful and varied career, it’s difficult to imagine he’s ever had a project as bizarre as his latest “experiential” film, which was named the “Spotlight Feature” at this year’s Slamdance Film Festival.

Six dancers receive credit, and sequences feature one, two, or four dancers at any given time. These dancers are extraordinary in their athleticism, and ability to contort and twist. The same solo dancer (Courtney Scarr) is featured in the opening and closing, and she is especially impressive in her loose-jointed and intense floor writhing, often reaching positions that most of us can’t fathom. Every scene is shot in slow-motion, and all are accompanied by an electronic score by Pete Adamson (which was added after the filming). Nina McNeely is the featured choreographer, and the dancing/movement is quite something to behold. At the Q&A, she mentioned that she gave simple clues to the dancers and they were left to interpret their movements on their own. The dancers are: Danny Axley, Maija Knapp, Courtney Scarr, Allison Fletcher, Blake Miller, Ryan Spencer.

The figures are juxtaposed against surfaces of light and shadow, slithering away to leap off and pirouette almost in the rooms that blend across a continuum of space. There are hints to civilizational transformations while the texts highlight isolation, grief, and loss as undercurrents that seem embarrassingly ladled onto as if the film distrusts the viewer’s intuition of catching onto the bareness of the feelings evoked amidst all the movement. The film was shot with natural light from the windows of an industrial building in Vernon, with its interior walls painted green and the floor spattered with red paint.

The film provides a tableau of semi-nude bodies, smattered with mauve and black paint, gyrating, wending and making ungainly shifts and twists within a contained stage whereon materially is transferred a dreamscape, helpfully explained by the narrator in voiceover as a fourth dimension. Man, woman and community are tangible coordinates riveted together into some sort of spectral, liminal realm. There are textual interventions provided by editor Sergio Pinheiro every now and then, propping in maximized font all over the screen. The text has the same spirit as the visual element. Sentences tailing off, broken defiantly in the middle, are finished after a whole sequence, the preceding words flailed into oblivion, signaling the beginning of a different dance sequence in the film.

Director Mark Pellington opens and ends with a woman (Dancer Courtney Scarr) writhing her body, jigging into a mess of tangled hair, on the floor. The camera pulls close at times and retracts, as her body shows the entangled emotions of her personal sense of grief, as she sometimes looks directly into the camera with expressions of deep psychological pain. We move on to two other dancers, Blake Miller and Allison Fletcher, who seem trapped in their own pain on the floor and slowly rise but remain isolated from each other.

The inaugural text emphasizes the invisibility of true selves that refuse to open up to the other, hiding deep within beneath layers of denial. Over the course of the next sixty-odd minutes, the text assumes a more difficult shell of its own. There are allusions to second lives, rebirths, woven with visual iterations of doorways, thresholds. Clasped mouths are a recurring image, so are heaps of bodies piled atop each other. Gender is deliberately rendered as not immediately obvious, making identities androgynous. Much of this is due to the way the dancers’ bodies were painted by make-up artist Blake Armstrong.

A significant chunk of the scenes seems repetitive in structure and design, so as to signify people being stuck in emotional states much like what happens in dreams. But slowly the gestural difference grows in magnitude when played out from divergent viewpoints. Although there is no narrative, the succeeding dance scenes build on the dominant themes of isolation and the desire for connection to others. It is Pellington’s film but it has been also shaped by the editing of Sergio Pinhero. Toward the end of the film, we have a man and a woman in close embrace as they seem to kiss amidst a physical tussle. However, the man dances away and the woman seems grief-stricken at her loss, staring directly into the camera.