Harry Potter and the Chamber of Secrets Original Hero “Nimbus 2001” Broomstick Flies at $76,800

Over 1,700 Pieces of Hollywood Artifacts Sold in
Four-Day Auction Event

Beverly Hills, California – (July 18, 2022) Julien’s Auctions, the acclaimed auction house to the stars, and Turner Classic Movies (TCM), the most revered purveyor of classic movies, held on Friday, July 15th through Monday, July 18th their headline-making “HOLLYWOOD LEGENDS” auction featuring a star-studded line-up of historic Hollywood memorabilia, wardrobe, props, jewelry and more used by some of the silver screen’s most legendary stars and pop culture icons, in front of a live audience in Beverly Hills and online with hundreds of bidders, fans and collectors from around the world participating at  juliensauctions.com

At the centerpiece of this four-day event, Julien’s Auctions and TCM proudly presented a number of iconic artifacts representing Marilyn Monroe, including some of the most head-turning and storied items from the Hollywood icon’s legendary career. A figure-hugging embellished gown worn by Marilyn Monroe in her 1954 classic film There’s No Business Like Show Business enchanted collectors and fans of the screen goddess once again as the dress designed by William Travilla became the top-selling item of the auction and realized an astonishing $218,750, well over its estimate of $80,000. A pair of sequin embellished leotard costumes screen-worn by Marilyn Monroe and Jane Russell in their 1953 film Gentlemen Prefer Blondes also dazzled with a final winning bid of $102,400. Other Marilyn iconography sold included (with winning bids): a sheet of Marilyn Monroe’s personal notes from her acting classes with Lee Strasberg at the Actors Studio in New York ($18,750); a pair of beige heels by Dal Co., worn by Monroe ($11,520); a pair of earrings worn by Monroe in promotional photos for How To Marry A Millionaire ($81,250); a 19th Century-style bodice worn by Monroe in a 1956 Jack Cardiff photo session ($25,600); a black velvet studio evening gown from the film The Fireball ($43,750); a custom-made pale pink silk blouse worn by Monroe as “Amanda Dell” in Let’s Make Love ($37,500) and more.

Day Three of the “Hollywood Legends” auction showcased famous items that bridged classic to contemporary Hollywood, including many screen-used film props and lined scripts from the Estate of legendary film editor, Anne V. Coates, including Coates’ production-used original lined script for the classic film, Lawrence of Arabia, containing notes by director David Lean, which sold for $51,200, and a production-used original lined shooting script for the classic David Lynch film, The Elephant Man, which sold for $32,000. 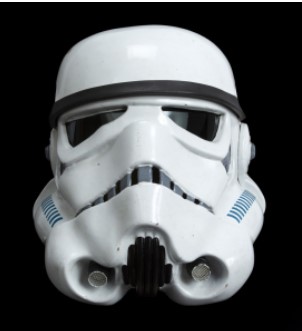 Fans of the most popular sci-fi and fantasy film franchises of all time were offered an impressive assortment of items from the Harry Potter series, Marvel Studios, DC Universe and more, with an iconic item coming across from a galaxy far, far away and one of the greatest film blockbuster franchises of all time –Star Wars. An original Stormtrooper helmet made for and used in Star Wars: Episode IV – A New Hope sold for $192,000. Another highlight included an original Ewan McGregor “Obi-Wan Kenobi” dueling lightsaber made for the production of Star Wars: Episode II – Attack of the Clones realized for $38,400. An original hero prop “vibranium” Captain America shield made for Chris Evans for the Marvel Universe blockbuster The Avengers sold for $200,000. Additionally, an original “Mjolnir” hammer prop developed for Chris Hemsworth’s “Thor” in the production of the film Thor: The Dark World sold for $51,200.

From the DC Universe, Julien’s and TCM proudly offered rare and iconic pieces spanning multiple decades and generations worn by the franchise’s most legendary superheroes. Highlights included (with winning bids): an original Val Kilmer bat suit costume and cape in the Joel Schumacher classic film, Batman Forever ($32,000); a two-piece Robin superhero suit ($32,000); an original silicone bat cowl from Batman Begins ($28,800); an original prop “Sword of Athena” from Batman V Superman: Dawn of Justice ($25,600); an original “Lasso of Truth” hero prop used by Gal Gadot as “Diana Prince/Wonder Woman” from Wonder Woman sold for a staggering $38,400; and a cape worn by Christopher Reeve in his portrayal of Superman in Superman III that soared above expectations at $51,200.

Kicking off this four-day event were items from the Estate of James Garner and the Collection of Robert Stack, including iconic items from their storied television and film careers. A Cartier 18K gold ring worn by James Garner on his hit series, The Rockford Files, sold for $11,520. An original Western-style costume worn by James Garner on a number of episodes of his long-running and popular TV series, Maverick, brought $19,200. Other highlights included: a Cartier 18K gold medic link bracelet worn by the actor in The Notebook sold for $12,500 as well as a Golden Globe award presented to Garner in 1993 by the Hollywood Foreign Press Association for the film, Barbarians at the Gate, which sold for $19,200. Among the items from the collection of Robert Stack included five personalized leather-bound volumes containing 15 of Robert Stack’s shooting scripts from The Untouchables, which sold for $11,520.

Day Two of the “Hollywood Legends” auction boasted a stunning lineup of jewelry and wardrobe pieces worn by screen goddesses, Marilyn Monroe, Elizabeth Taylor, Lucille Ball and many other stars from the Golden Age of Hollywood. One of the top selling items of the day was a two-piece wool tweed Givenchy Haute couture ensemble, screen-worn by Audrey Hepburn in the classic film, Breakfast at Tiffany’s that brought in a staggering $156,250, nearly four times its original estimate of $40,000. A red cotton summer dress from the personal collection of Audrey Hepburn sold for $11,520 as well. Other highlights included a dazzling collection from famed designer Joseff of Hollywood such as a necklace worn by Barbara Stanwyck in Stella Dallas that sold for $12,500; a vintage costume brooch, gifted by Elizabeth Taylor to her mother, Sara Sothern which sold for $25,600 and more.

Other top highlights (with their winning bids) included:

“This year, Julien’s tentpole Hollywood memorabilia event marked one of our biggest and most prestigious auctions to date with over 1,700 pieces of Hollywood history sold, representing the likes of Hollywood Legends such as Marilyn Monroe, Audrey Hepburn, James Garner, as well as original props from film blockbusters such as, Star Wars, Harry Potter, Marvel Studios and the DC Universe,” said Martin Nolan, Executive Director/CFO of Julien’s Auctions. “Additionally, we were proud to kick off our new collaboration with TCM on this auction event whose esteemed programming and partnership made this first event together a highly successful one as our extraordinary collection of items shattered all auction estimates and captivated collectors from around the around.”

Turner Classic Movies (TCM) is a two-time Peabody Award-winning network that presents classic films, uncut and commercial-free, from the largest film libraries in the world highlighting “where then meets now.” TCM features the insights from Primetime host Ben Mankiewicz along with hosts Alicia Malone, Dave Karger, Jacqueline Stewart and Eddie Muller, plus interviews with a wide range of special guests and serves as the ultimate movie lover destination. With more than two decades as a leading authority in classic film, TCM offers critically acclaimed series like The Essentials, along with annual programming events like 31 Days of Oscar® and Summer Under the Stars. TCM also directly connects with movie fans through popular events such as the annual TCM Classic Film Festival in Hollywood, the TCM Big Screen Classics screening series, and the TCM Classic Cruise. In addition, TCM produces the wildly successful podcast “The Plot Thickens,” which has had more than 6 million downloads to date. TCM hosts a wealth of material online at tcm.com and through the Watch TCM mobile app. Fans can also enjoy a classic movie experience on the Classics Curated by TCM hub on HBO Max