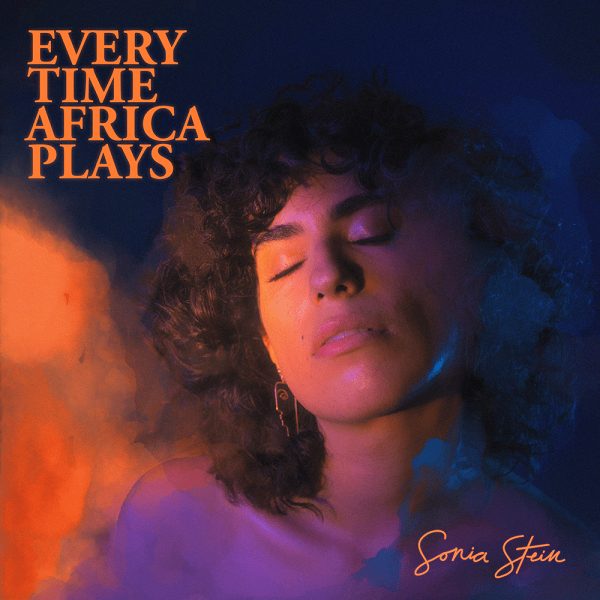 ‘Get ready to be swept off your feet. R&B songstress, Sonia Stein, has a voice that will leave you hypnotised.’  – WONDERLAND MAGAZINE

New York, NY – (August 12, 2022) – London based singer-songwriter Sonia Stein released her latest single “Every Time Africa Plays” today off her upcoming EP Lessons From Earth Part 2 set for release later this year. This new single and forthcoming EP follow the success of Sonia’s previously released EP Lessons From Earth Part 1 that was released at the top of the year while Sonia was on tour throughout the UK & Ireland performing to packed crowds with the 2012 winner of The X Factor James Arthur. Following the successful tour and EP release Sonia went right back into the studio with plans to release Lessons From Earth Part 2 before the end of the year. Sonia is kicking off this new EP with the release of a very special single to her, “Every Time Africa Plays”, that was written after the tragic loss of a close friend, which is unfortunately a topic that many people can relate to coming out of the challenges we have all faced over the last couple of years. On this song Sonia samples Toto’s classic “Africa,” creating a beautiful tribute to her lost friend, celebrating their connection to the original song, while also making it her own.

When asked about the inspiration behind her latest single Sonia said, “Every Time Africa Plays’ is a song I wrote for one my best friends who had taken her own life in February this year. She was one of the most charismatic, intelligent and hilarious people I knew. After a few months of navigating the very confusing experience of grief, I started feeling her presence, specifically through music. Especially through the song ‘Africa’ by Toto which I had so many memories of her belting out at numerous parties. This song tries to encapsulate not only the pain of losing her but to celebrate her unique spirit and the joy of having known her and having her in my life. The joy of being able to remember her every time I hear our song.”

This new single and upcoming EP follows in the success that Stein has had over the last couple of years. Success that was launched off the back of Sonia’s 2019 sold out world tour with globally-acclaimed artist DIDO, which then lead to the release of Sonia’s EP See Me Now at the start of 2020 with long-time collaborator producer Liam Howe (FKA Twigs, Adele, Jessie Ware) as well as Letters EP which closed out 2020. These 2 EPs were a perfect showcase of Sonia’s songwriting and extensive vocal range that fans across the globe have come to love, and included hit single “London Used to Feel So Cool,”  “Coexist” produced by Brendan Davies (Dagny, Jordan Mackampa, Bryde) and  “Passerby” produced by Liam Howe (FKA Twigs, Adele, Jessie Ware) “Philosophical,” “Bad Dream,” and more! With the global pandemic at its peak in 2021 Sonia started a series titled Stein Away Sessions where instead of performing at music venues as she had in the past, she instead took her bright yellow piano on a nature tour, playing in unique locations highlighting her musical talent alongside the beauty of nature.

For More Info on Sonia Stein: