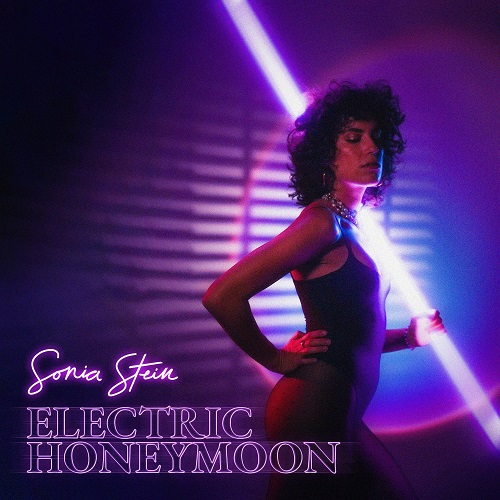 Set To Release Lessons From Earth Part 2 EP in 2023

‘Get ready to be swept off your feet. R&B songstress, Sonia Stein, has a voice that will leave you hypnotized.’  – WONDERLAND MAGAZINE

Following the successful tour and EP release Sonia went right back into the studio with plans to release Lessons From Earth Part 2 at the start of 2023. Sonia kicked off this new EP with the release of a very special single to her “Every Time Africa Plays,” that samples Toto’s classic “Africa” and was written as a beautiful tribute to a friend after their tragic loss. Now Sonia is following up with her latest single “Electric Honeymoon” which tackles the internal struggle faced by many of us who are too shy or scared to break out of their comfort zone.

When asked about her latest single, Sonia said, “Electric Honeymoon” is written in the voice of a benevolent spirit, a goddess like being that’s encouraging and inviting a shy person to give into a moment. To be fully present and surrender to a big feeling no matter how scary or fleeting it may seem.”

This new single and upcoming EP follows in the success that Stein has had over the last couple of years. Success that was launched off the back of Sonia’s 2019 sold out world tour with globally-acclaimed artist DIDO, which then lead to the release of Sonia’s EP See Me Now at the start of 2020 with long-time collaborator producer Liam Howe (FKA Twigs, Adele, Jessie Ware) as well as Letters EP which closed out 2020. These 2 EPs were a perfect showcase of Sonia’s song writing and extensive vocal range that fans across the globe have come to love, and included hit single “London Used to Feel So Cool,” “Coexist” produced by Brendan Davies (Dagny, Jordan Mackampa, Bryde) and “Passerby” produced by Liam Howe (FKA Twigs, Adele, Jessie Ware) “Philosophical,” “Bad Dream,” and more!

With the global pandemic at its peak in 2021 Sonia started a series titled Stein Away Sessions where instead of performing at music venues as she had in the past, she instead took her bright yellow piano on a nature tour, playing in unique locations highlighting her musical talent alongside the beauty of nature. Sonia followed up the success of the Stein Away Sessions with the release of her EP Lessons From Earth Part 1 while on tour with James Arthur. Since then, Sonia has been working hard in the studio getting ready to start releasing music off her next EP Lessons From Earth Part 2 before its release in 2023. Stay tuned to Sonia’s socials below for more updates on singles from Lessons From Earth Part 2 as well as future tour dates from this talented young singer-songwriter.

For More Info on Sonia Stein: