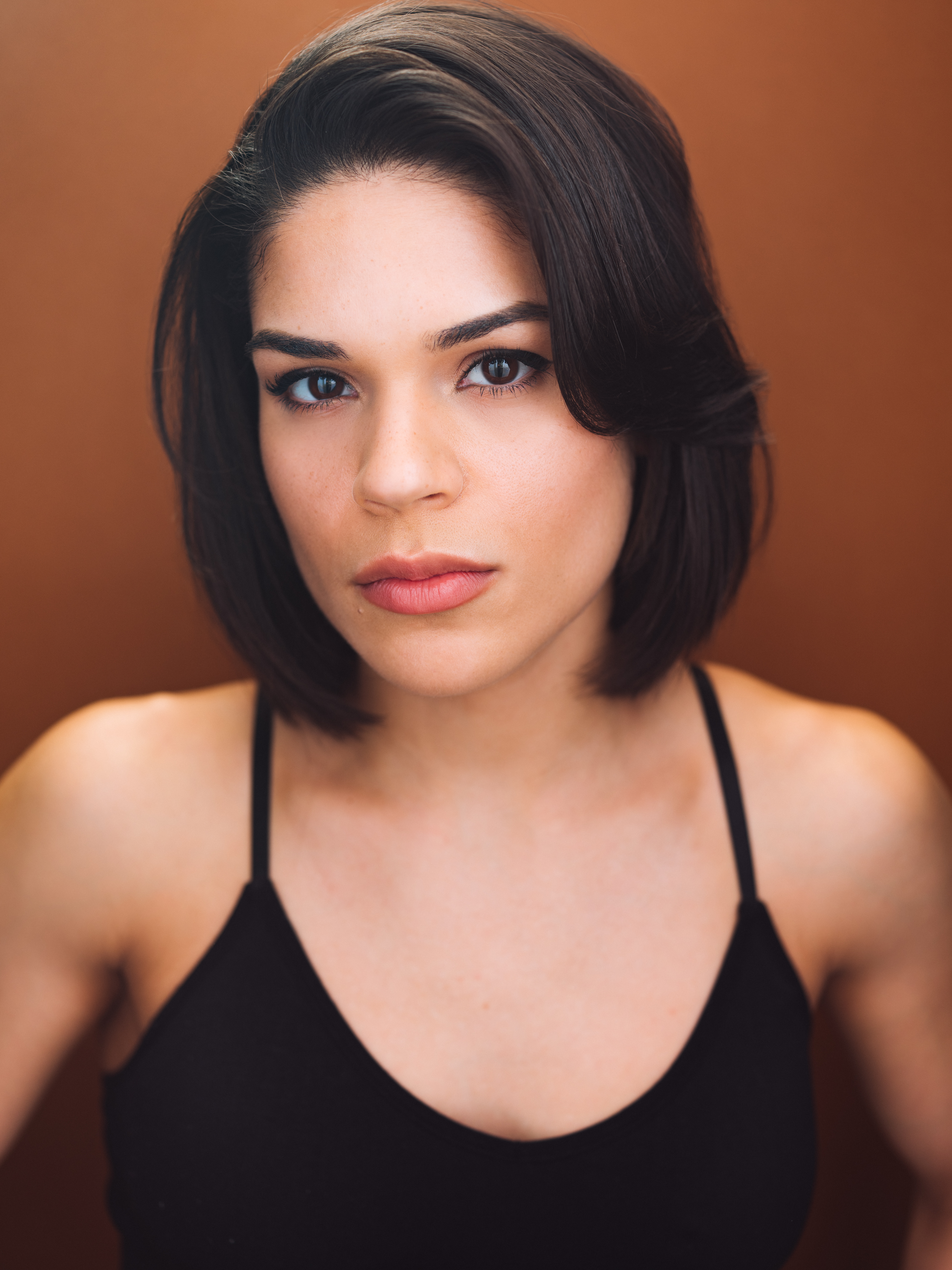 When did your love for acting begin?

I began to truly love acting when I got into film. I originally started out doing theatre, but during my time at NYU I decided to take a film production class and completely fell head over heels in LOVE. From pre-production all the way to post, I am in love with the entire process. At that time, I couldn’t afford to take acting classes for film, so instead, I began interning at a studio that taught those classes. By interning, I was able to sit in on the classes and sometimes participate. Back then I was working 2 jobs and they weren’t very flexible with my hours so I began bartending and waitressing at night in Park Slope. At 23, I booked my first PAYING union project as one of the leads for a comedic web series called, “Utilities Not Included.” The moment I stepped on that set, let me tell you, it was euphoric. From cast to crew, everyone was just so chill, creative, and ready to collaborate. It felt like home and it was then I realized that all my sleepless nights, hard work, and sacrifices were 100% worth it. I finally had a purpose. THAT was when I truly fell in love with this industry.

Did you always have dreams of becoming an Actress?

Funny enough, growing up I never expressed feelings of becoming an Actress. Before acting, my dream was to travel the world teaching Belly Dance. It wasn’t until I went to college that I grew an interest in acting. I had an advisor meeting with the performance teacher at the college and right before I’m about to leave his office he calls me back in. He asked me, “have you ever thought about pursuing acting?” and I was like, “Ummmm…no?” When I told him I wanted to be a dance teacher he abruptly stopped me and went, “Oh no no no no no, You’re an actress. That’s it.” I looked at him and started to laugh a bit, but when he didn’t laugh back I was like, “Uhhhhh okay. Thanks.” Later that day, I replayed the conversation in my head and began thinking, “dang, maybe he’s right” and He Was! I’m so happy that I listened and pursued it. Now I can’t imagine my life without it. 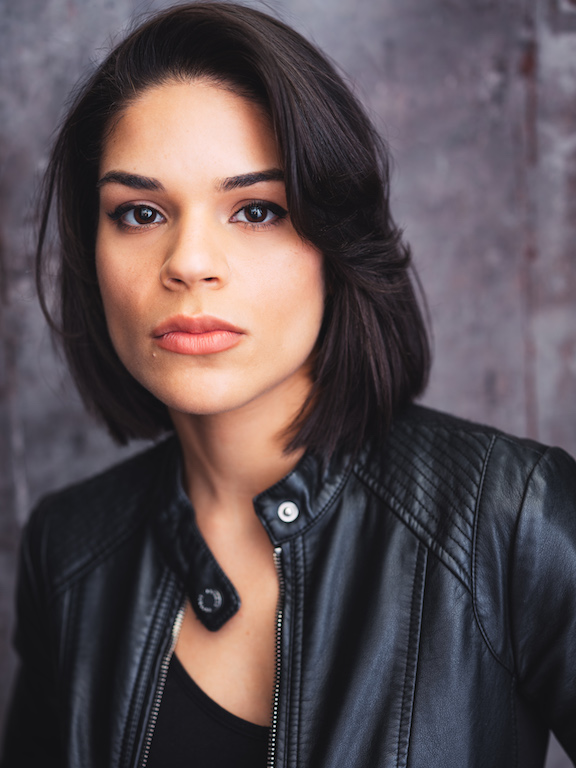 Tell us about your first big break?

I’ve been blessed to have been on some amazing shows and sets. Each role has landed me into the next. I’m still pretty new and fresh in the industry, but my big break is definitely my huge guest star role as Esperanza Morales on Law & Order SVU, “Redemption in Her Corner.” It’s actually the role that led me to win an Imagen Award this September for Best Supporting Actress in a TV Series.

You recently won an Imagen Award for Best Supporting Actress for her guest star role as Esperanza Morales on Law & Order SVU. What do you enjoy most about your role? What did this award mean to you?

I loved EVERYTHING about that role and character. I basically just played myself, but a bit less animated. I’m naturally a very expressive person, really positive, always joking and laughing so I just toned myself down a bit for the role. I remember getting the sides for the audition and I cried. I knew this role was made for me. I identified with her so much. On the outside she is resilient, tough, a true Bronx Latina who doesn’t take sh*t from anybody, but under that wall of resilience, she is vulnerable, hurt, and has lost trust in the relationships around her. In my past, I too have been harassed, stalked, grabbed at, chased for blocks from the subway, and one time a man tried to break into my apartment with a knife. It’s absolutely terrifying. These experiences made me feel so helpless, victimized, and angry. I had nowhere to release this toxic anger and pain I built up. So I turned to martial arts and heavy weightlifting. Esperanza did too. I vowed to myself that no man or person on Earth will ever make me feel like a victim again! I feel like she found me and I understood her and in our vulnerability we found strength, we found power, and we found purpose.

When I heard I was nominated for an Imagen Award I was over the moon. I saw the actresses in my category and to see my name amongst these pioneers in the industry was a win itself. Then when they said I won, I cried. This award means more to me than just recognition in my community, it is a representation of everything I have sacrificed and worked tirelessly for. Now, the only way to go is up!

Your recent credits include Law & Order SVU, Chicago P.D., The Blacklist, Blindspot, Spike Lee’s She’s Gotta Have It, and Marvel/Netflix’s Jessica Jones. Is there synergy in these roles? What roles were the most challenging?

There was definitely synergy, each role led me into the next. With each role, I learned more about myself and my abilities. Then the roles I began to book became greater in their significance to the story of the show and episode. This then snowballed in terms of casting. As many Actors know, once you book the room you’re a GO! If the casting office loves you and your work, they WILL call you in. The same goes for booking networks. Once you work on a network show, the relationships you form are imperative. From the PA all the way up to network heads; everyone is important and plays a hand in your success.

Hmmm, trying to think of the hardest role I have played. Okay, this may sound funny, but the most difficult was my 1st network role. It was a very very small co-star on Blindspot and was my first time on a network set. I had just moved back to New York and within that same week, I signed with an agency and booked 2 costars. The character wasn’t challenging, it was very straight forward, but my anxiety made it so difficult. I had overworked the scene in my head and was so fearful of forgetting my lines that it led me to not trust myself and the work I put in. The wonderful Audrey Esparza sensed this and took me to the side and said, “Manni, you’re doing great. Relax, you got this role for a reason and if you need help I’m here.” She then went through the scene with me and really eased my anxiety. I will never forget that….She also gave me her number and told me to stay in touch, but I was too in awe of her that I panicked. lol

This is a good question. Most people find it weird that I’m a huge true crime buff. I binge watch true crime documentaries, Murder Mystery Make-Up Mondays with Bailey Sarian, and True Crime and Make-up with Brittney Vaughn. I love the psychology of it all! I guess it makes sense because as an actor I need to understand the human condition in all its forms. The good, the bad, the ugly, and the downright disturbed. Honestly, I think I get it from my mom. She loves true crime too.

I have projects lined up. Some I am not able to speak on due to NDA’s. I have been doing a lot of Motion Capture and I LOVE it. If you’re an actor reading this, I Highly Highly suggest that you do it. MoCap is my absolute favorite! I admire Andy Circus and he is like the king of MoCap! I don’t have to worry about what I look like or my hair or makeup. It’s amazing. I have also been doing voice over. An audio drama series I did was released not too long ago and it’s called Visionaries. You can find it on IG @VisionariesAudioDrama, it’s also streaming on Google Play, Spotify, and Apple Podcast. I play the role of Saiya, so show your girl some love #TeamSaiya lol

Thank you so much for reading guys! You can find me on IG @ManniLPerez and my Facebook is Manni L. Perez. You can also check my IMDB 🙂