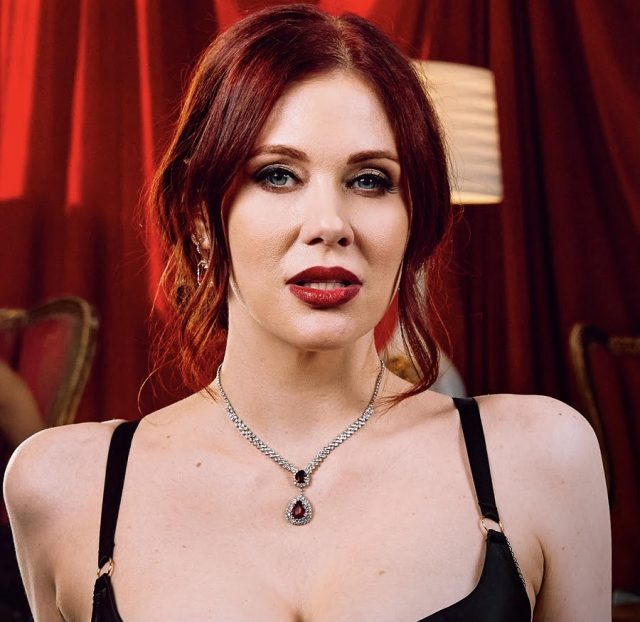 (Los Angeles, CA) – Maitland Ward took home the Best Actress trophy at the Monday night’s 2021 XRCO (X-Rated Critics Organization) Awards, in acknowledgment of her standout showcase role in the dramatic feature from Deeper, The Muse.
Ward’s no-nonsense portrayal of a sex worker-turned-Sexuality professor with a taste for dominance  and dangerous encounters, not only received wide critical acclaim, but also reignited a new wave of unbridled fan worship that first took hold with the flame-haired star’s breakout debut in 2019’s erotic masterwork Drive.
“Thank you so much to XRCO for this tremendous honor; to be recognized in this way is so special,” said Ward of winning the trophy. “Muse is such a special project – truly one of a kind – and one that challenged me as a performer and an actress.”

For more information on Maitland Ward, find and follow her at:

ABOUT MAITLAND WARD:
Southern California-born and bred Maitland Ward has quickly become one of the biggest stars in adult entertainment, after an-already successful career as an American model, actress and cosplay personality. The star, who joined the cast of Bold and the Beautiful as a teen and found fame as Rachel McGuire on the beloved ABC sitcom Boy Meets World, jumped headfirst into shooting adult films in 2019 without much persuasion.

The statuesque (5’10”) all-natural redhead is unique in that not only is she beautiful and built for the adult biz, Ward’s talent as an actress means she can also carry dramatic and comedic scenes with ease. Her playful energy, professionalism and open sexuality earned her an exclusive performance contract with worldwide brand Vixen Media Group; in 2020, Ward won three AVN Awards for Best Supporting Actress and Best Three-Way Sex Scene-G/G/B for her work in Deeper mega-hit feature Drive, as well as Favorite Camming Cosplayer.