Boise, Idaho has become the unregulated and unofficial “surrogacy capital” of the United States, a little-known fact.   As the surrogacy industry booms globally, MADE IN BOISE takes an intimate look at an issue that is misunderstood and often stigmatized.  The film creates a portrait of  four  women and four families who are engaged in this emotional and logistically complicated process.

The big question here seems to be–why Boise?  Idaho’s capital  city is certainly much better known for the production of lumber and potatoes than surrogate babies!  The low  cost of living in Idaho certainly factors in to the answer.  Surrogates can earn anywhere from $25,000 to $50,000 for a successful delivery, which is pretty big money for many. 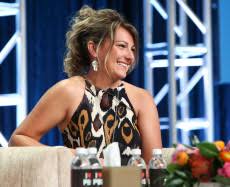 Is there a general awareness within the city of Boise that this is something that’s happening, or is it still a little under the radar?  Within part of the community,  surrogacy is quite prolific; within other parts, not at all, according  to Beth Aala.

What might be the reaction of the Boise Chamber of Commerce to the surrogacy phenomenon?  Some female judges actually support the endeavor, according to Nicole Williamson.   Counter to popular perceptions, surrogacy is  well planned at all stages of the game and women don’t see themselves as “giving away” their babies, but as having babies to give to others. 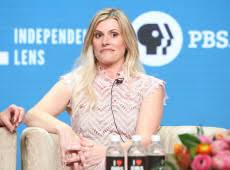 Nicole Williamson herself has had six babies in seven years.  The first two were her own children and the other four were surrogates.  Cindy Floyd has had three babies, two of her own and one as a surrogate.   She said she would do it again if she were younger.

Shannon Rayner is actually based in Seattle, but liked what she saw from Nicole’s agency in Boise.  She felt there wasn’t much room for error when infant lives were at stake and felt lucky to connect with Nicole. 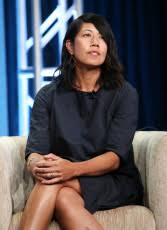 Obviously, earning power and financial acumen play a role in who can afford to engage a surrogate.  Of course, these things also affect people’s ability to support a child securely for at least two decades.

Invitro fertilization ensures that the surrogate child’s DNA is derived 100% from its parents.  The surrogates just “bake” the embryos in their ovens!

But there are other clients who adopt an embryo that has already been made or get sperm or egg donors.  Sometimes the birth parents and surrogates bond strongly and become like family for all of their respective children.

At Nicole Williamson’s agency at least, the screening process for surrogates is extensive.  They must fill out a long application and do a phone interview as well as have a background check and psychological  evaluation.  Potential surrogates cannot smoke or do drugs and must be financially stable enough to house and feed themselves during the pregnancies. Nicole Williamson insisted that she had not been financially motivated to bear four surrogate babies.  She really loved being pregnant, but her husband only wanted them to raise two children.What about adoption instead of surrogacy?  Sometimes couples like the Rayners just reach the end of the line after years of trying to conceive a baby using a surrogate and don’t want to consider other time-consuming and expensive options.  They don’t necessarily oppose adoption in principle.

How do the older children in the family feel when the surrogate baby is gestated, born, and released to the birth parents?  Most of the time they accept the situation and don’t develop problematic attachments to the surrogate babies according to Nicole Williamson.

Another big question: what if the surrogate mother changes her  mind?  Nicole Williamson said that her surrogates were bound by a signed 35-page legal contract to release the babies and would lose in court if they did not.

Gestational carriers are not biologically related to the baby. “We just take the baby, bake it, and then hand it back!” said Nicole.  Her agency does not offer traditional surrogacy where the surrogate mothers use their own eggs and embryos.

In rural small-town communities like Boise, what might the neighbors think of women who are often pregnant and then  don’t raise the babies?  Cindy Floyd said that her community had been very supportive and that her surrogate baby (Lorca) had been loved by everyone there.  “We had a big celebration when he left,” Cindy said.

On the reverse side of the surrogacy coin, what happens when all of a sudden you have a baby and you haven’t been pregnant?  It is always up to the parents how much they want to tell others about their private lives, of course!

What are the protocols if there is a complication during the gestational carrier’s pregnancy and it has to be terminated or something serious enough to require medical treatment is wrong with the new baby?  All of these parental provisions are part of the signed agency contracts.

In conclusion, what do the creators hope the film will accomplish in the world once people have seen it?

Shannon Raynor said, “Probably just clarity on the role of  gestational carrier… And then, also, I just want to bring  awareness to surrogacy, that it’s not shameful…And hopefully, maybe someone’s listening and we can somehow make this less expensive or covered by insurance of some kind so that everyone has the opportunity to be a parent.”

Nicole Williamson once again emphasized that love and not finances should be the main motive for working with her surrogacy agency. 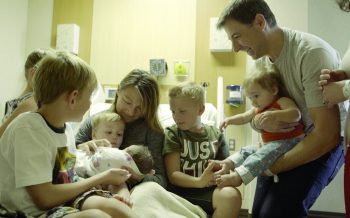 “The surrogates at my agency,  the ones that I actually work with. The moment you see  these  parents hold their baby for the first time is indescribable.  Like, you can’t describe the feelings and the emotions that you have knowing that you’ve been a part of that.  So I just think providing that information and letting them see why we do it is huge.” Cindy Floyd said, “I think being able to grow a family and putting a positive light on it is great. Not  everybody wants to adopt and it’s hard to adopt and it’s expensive as well.  So I think having an alternative to grow a family is important.”

Beth Aala said, “My best friend asked me to be a surrogate,  and thankfully she got pregnant on her own.  But it really framed my thinking on this topic and how I even had my own misconceptions about it. . . . I really wanted to  show why these women were  doing it, because I had my own reasons and I wanted to see why this community existed and why this hospital created this task force.  And surrogacy is complex, and I don’t think people understand that fully until you see these portraits of these women and what they went through and why they chose to do this very complicated, very generous and intimate thing. So that’s my goal.”

Beth Aala was approached to do a series about surrogacy.

She will not be doing one at this time.  So anyone interested in the topic should be sure to see the film. 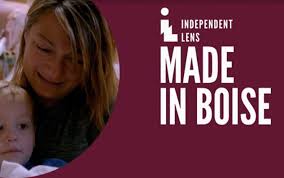 MADE IN BOISE premieres on PBS on Monday, October 28th. Check your local listings for the exact time.