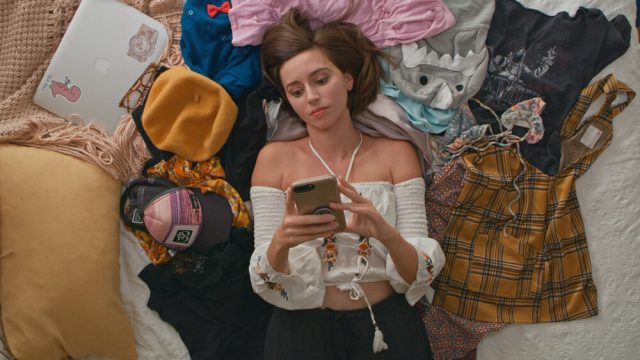 Wonder what it’s like to date during a pandemic? This all-female produced rom-com series will screen Wednesday, September 29 at TCL Chinese Theatre

When the COVID-19 pandemic hits, 28-year-old Kenna Benjamin (Jaller) hates her job and is unsuccessful in love. Now that human contact is banned (or at minimum requires six feet of separation), Kenna fears that she will have to navigate the lockdown alone. After a dozen disappointing FaceTime dates, a virtual booty call went awry, and bad news about her job, Kenna discovers that it is possible to find connection amid this newfound isolation if first, she can connect with herself.

Packed with Judd-Apatow-style comedy, Love in 2020 doesn’t shy away from heavier issues, including double standards for women in work and dating, the mental effects of isolation, and anti-Chinese racism. However, it was important to the producers to keep it light and stay true to a comedic tone.

“Ultimately, it’s a story that asks who we want to be and how we want to show up in the world when this is over,” says writer/producer Christina Garofalo Bonifacio. “When we look back on 2020, no one will forget the strife; it was important to us to give people permission to find joy and laugh during this time, too.”

Co-founded by Theo Dumont and Daniel Sol in 2005, the HollyShorts Film Festival is devoted to showcasing the best and brightest short films from around the globe, advancing the careers of filmmakers through screenings, networking events, and various panel and forums.