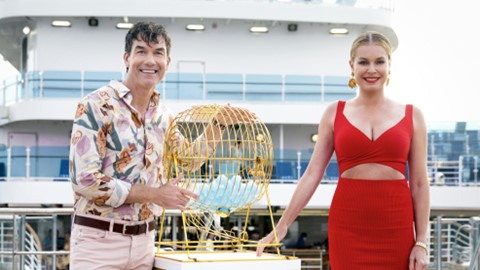 Los Angeles, CA (The Hollywood Times) 9/23/22 – Looking for a new reality romance series? Well, look no further! During CBS’s most recent TCA press tour they announced The Real Love Boat would be premiering this fall. Hosts Rebecca Romijn and Jerry O’Connell will journey through the Mediterranean with three crew members and twelve singles on the Princess Cruise ship. The show will be fashioned similar to the original, with singles competing with each other for cash prizes and hopes of finding a love connection.

Viewers can also expect a revamped theme song during the opening credits, which will be sang by Romijn and O’Connell. During the press tour both hosts were asked what made them want to do the show and they replied; “Well, aside from acting, we also love watching reality television, and we are usually doing it from the sofa. But to get to do it right there in the midst was truly a dream come true for us. And watching love stories happen, like, real love stories happen in front of our eyes, it was extremely exciting. We were in the most beautiful locations in the world, the most incredible challenges and incredible people, real people, watching connections happen. It was a real front row experience for us.” – Replied Romijn. O’Connell joined in with his reasoning; “People with accents who live in manors. That’s the shows that we should be watching. We love unscripted reality television. We love competition television, Survivor, and Amazing Race. So, when they came to us, you know, Rebecca had hosted one competition show before, Skin Wars. I had never. But when they came to us as a couple, we just couldn’t pass it up. It was just too much of an opportunity. And we are so lucky that we had Jay as our boss, in our ear, guiding us through because Jay is really a maestro of competition reality.”

The Real Love Boat is set to premiere Wednesday, October 5th, on CBS and streaming on Paramount+. 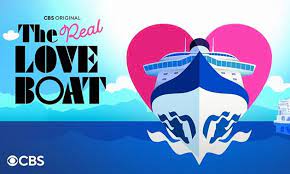 Click the link below to watch the official trailer and hear the new theme song: