West Hollywood, CA (The Hollywood Times) 10/23/19 – It took over 30 years to make and carries over 360 hand-beaded signatures of some of Hollywood’s most famous leading ladies as well as women in culture and politics.  The once-missing “Hollywood Graffiti Gown” is legendary–and, unbelievably, no one knew where it was for almost the last decade! 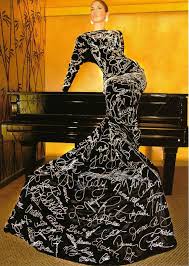 The gown was created by Jeran Designs’ Jerry Skeels and Randy McLaughlin as the culmination of their passionate dream to raise awareness during the AIDS crisis in the 1980s and 90s.  On Saturday, November 9th, 2019 Kruse GWS Auctions will auction this timeless gown among 175 others crafted by the award-winning designers during the “Jeran Designs Couture Vault and Fine Jewelry – Runway Fashion Show Auction.”

Kruse GWS Auctions will also be offering a selection of fine jewelry carefully curated to highlight the beauty of each look.  The lead auctioneer and an esteemed team of fashion experts spent over 100 hours matching specific fine jewelry pieces to accentuate each gown. 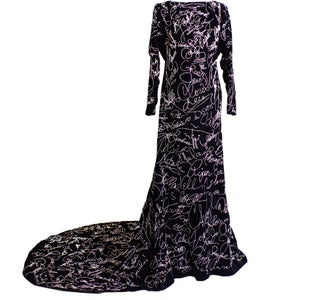 The “Hollywood Graffiti Gown” was unveiled on March 13th, 2014 at the Academy of Television, Arts & Sciences Ribbon of Hope event as a fundraiser for HIV/AIDS awareness  The gown has traveled the world as a symbol of hope, from La Paz, Bolivia, to the Hollywood Museum in Los Angeles.  A documentary about the making of the dress is available at https://m.imdb.com/videoplayer/vi771623193 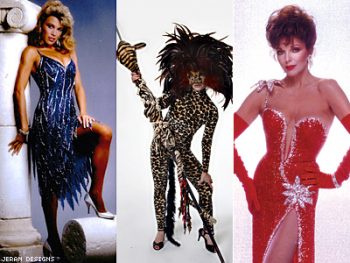 The auction will feature a live runway fashion show to bring these pieces to life for the bidders on auction day.  The sheer number of well-known designers, beading experts, production staff, and celebrity guests will ensure that this is an auction event the world will never forget. Kruse GWS Auctions believes this auction will attract some of the most in-demand stylists in Hollywood as award and red-carpet seasons are just around the corner.

A red-carpet arrival will take place prior to the auction and is expected to include The Supremes’ Mary Wilson, Motown’s Karla Gordy, Beverly Todd, Pamela Clay Iris, Freda Payne, Marla Gibb, Tracey Bregman Recht, and Katharine Bauman.  More stars attending the event will be announced throughout the coming weeks. 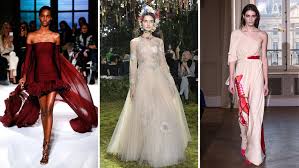 The auction and live fashion show will take place on Saturday, November 9th, 2019 at The Hard Rock Café Hollywood located at 6801 Hollywood Boulevard beginning at 10:00 a.m.  Bidders can bid live on-site, by phone, or online. 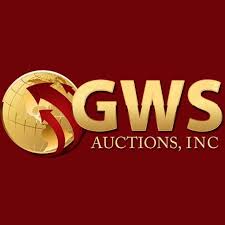 The auction house has been featured in press around the globe.  It has sold such notable items as Elvis Presley’s personal jet, Marilyn Monroe’s black wool dress, Marlon Brando’s watch, a Royal Family diamond encrusted watch, Elvis and Priscilla Presley’s mobile home, and much more.