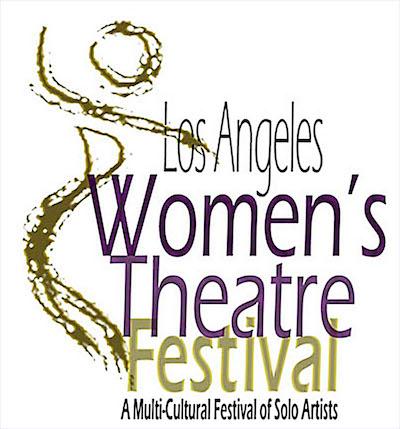 The 27TH Annual  Los Angeles Women’s Theatre Festival (LAWTF) has a roster of distinguished artists who will co-host four days and six  programs at Theatre 68, 5112 Lankershim Blvd., North Hollywood, CA 91601 This year’s overall theme is 2020 Vision! The theme of the opening night Gala will be Empowering Women. 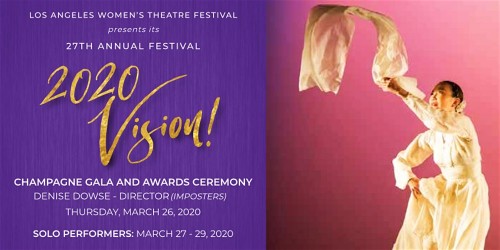 Thursday, March 26 at 7:00 p.m.- The Champagne GALA and Awards Ceremony, honoring five distinguished women for their contributions to theatre, will be directed by Denise Dowse.

Ms. Dowse directed the much-lauded and sold-out run of Recorded in Hollywood at the Kirk Douglas Theatre. A graduate of Norfolk State University, the five-time recipient of the NAACP Theatre Award for Best Director includes among her recent directing credits Beauty and the Beast; Hairspray; and The Seven Maids from Stockbridge.

Hosts for the Gala include Starletta DuPois and Hattie Winston.

Although known for her work on TV (Lost) and in hit films (The Notebook, Friday After Next, Big Momma’s House), award-winning Starletta DuPois has the distinction of being one of the few to have portrayed all three female characters in A Raisin in the Sun. Her Broadway credits include Don’t Get God Started, The Mighty Gents and What the Wine Sellers Buy.

Hattie Winston has starred on Broadway (The Tap Dance Kid, The Me Nobody Knows, Two Gentlemen of Verona, Hair, Scapino!, I Love My Wife), on television (Becker, The Electric Company, Homefront) and feature films (The Battle of Shaker Heights, Beverly Hills Cop III, Jackie Brown). She is a founding member of the Negro Ensemble Company.

Karen A. Clark is an actor, singer, songwriter, and producer. Her sophomore album, the Karen A. Clark Project, and third album, Defying Expectations, are currently in release. Clark’s one-woman theatrical show The Women has been featured numerous times (2013 – present) at the Ivy Substation, The Electric Lodge and The Fremont Centre Theatre.

Rosie Lee Hooks – A founding member of the musical performance ensemble Sweet Honey in the Rock, she more recently appeared in the acclaimed Robey Theatre Company productions of Knock Me a Kiss and Transitions.  She is currently Director of Watts Towers Arts Center and Charles Mingus Youth Arts Center. She was also a founding member of the D.C. Black Repertory Theatre Company.

James Reynolds is the Emmy Award® winning star of Days of Our Lives, portraying Abe Carver on that show for 38 years, the longest tenure for an African American actor on daytime drama.. He was also a regular on the daytime drama Generations. His feature film appearances include The Magic of Lassie and C.H.O.MP.S. With his wife Lissa, he founded the Fremont Centre Theatre in South Pasadena, where he appeared in I, Too, Am America.

Lula Washington is  Founder and Artistic Director of the Lula Washington Dance Theatre (LWDT.)Lula founded the Company in 1980 with her husband Erwin Washington to provide a creative outlet for minority dance artists in the inner city. Today, Lula and her Company are revered across the United States and around the world. This year marks her company’s 40th Anniversary.

Angela Robinson-Witherspoon is a veteran stage actress (Sirens, Happy Ending, The Last Straw, A Song for You). She has also been visible in film (The Moment After, 48 Hours, Crossroads, The Meteor Man) and on TV (Ugly Betty, Joan of Arcadia, The Wayans Bros. and 3rd Rock From the Sun, Criminal Minds, Crazy Ex-Girlfriend).

Angela Gibbs produced the plays 227 (subsequently developed as a TV series) and Checkmates, starring Denzel Washington and Ruby Dee. Ms. Gibbs has a diverse background in the entertainment industry that spans four decades. As an actor, her credits include films (Love Jacked, Straight Outta Compton) and TV shows (recently On My Block and a series regular role on Black Jesus).

Adleane Hunter is the Co-Founder and Producing Artistic Director of Black Artist Network Development (BAND). Her many directing credits include Movin’ On: Seven Decades of Black Entertainment, Woman from the Town, Pieces of Me, Ethiop-ica, The Rhythm Keepers. She directed the feature film Family Reunion. She is also an award-winning producer.

For 26 years Jude Narita’s award-winning one-woman plays have portrayed Asian and Asian American women with honesty, compassion, humor and celebration. Narita is best known for her award-winning one-woman play, Coming into Passion/ Song for a Sansei. Passion ran for over two years in Los Angeles, and was awarded the Los Angeles Drama Critics’ Circle Award and several other awards.

Florence LaRue is an original member of the legendary, Grammy® Award winning pop singing group The 5th Dimension. The last remaining original member of the group that originated the genre called “Champagne Soul,” she still tours with the current version of the group today, singing the group’s original songs, and more. She also appeared in the national tour of the Broadway hit Ain’t Misbehavin’, and tours with Just As I Am.

Festival performers and honorees are the subjects of separate releases. For more  information about Festival programming, please go to www.lawtf.org or call (818) 760-0408.