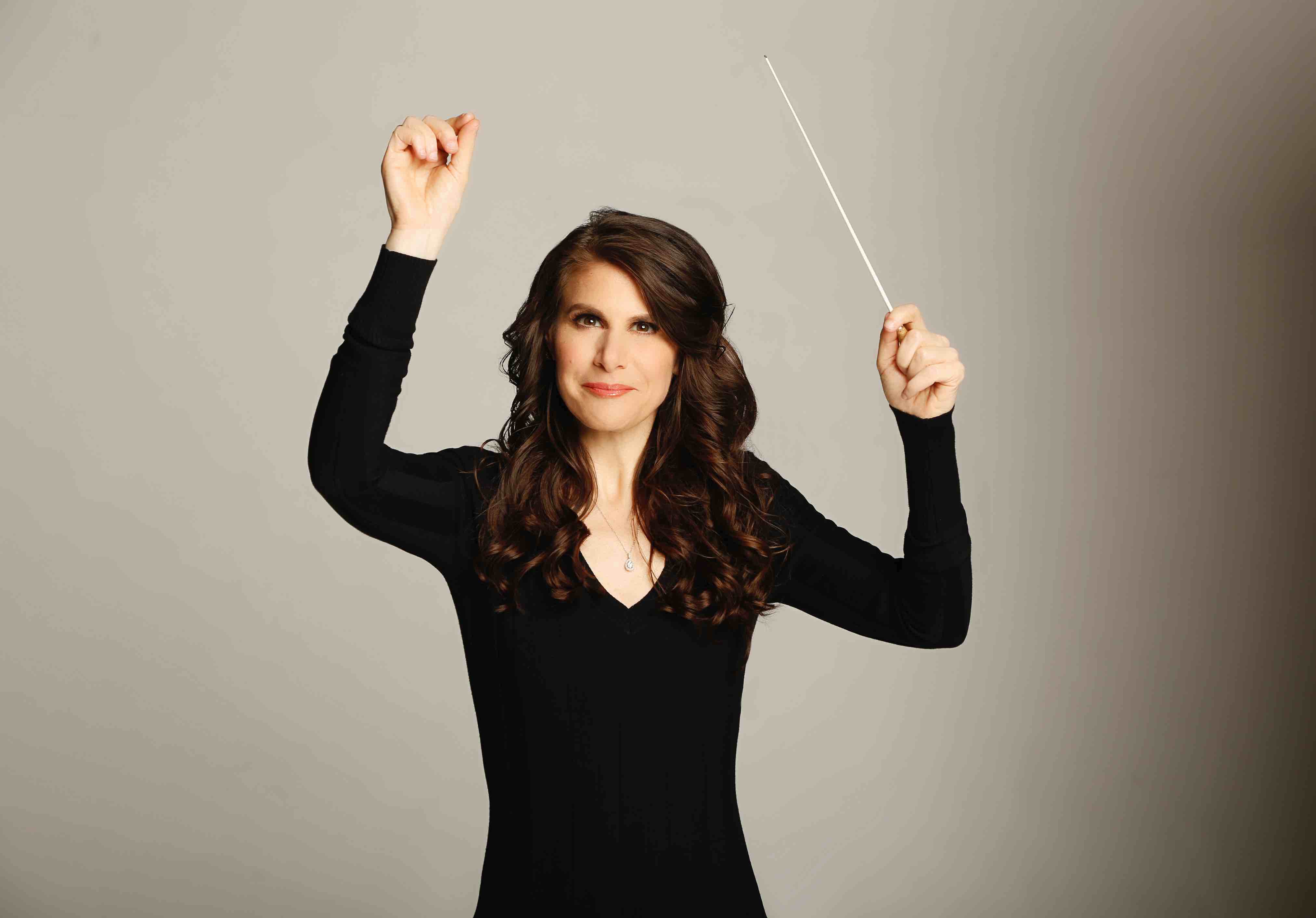 Hollywood, California (The Hollywood Times) 3/24/17 – The grand opening night began with a quote from Adilah Barnes, Co-Founder/President of the Los Angeles Women’s Theatre.
“Welcome to the 24th Annual Festival ’Taking Flight’ and thank you for being here at our Champagne Gala and Awards ceremony at the Barnsdall Gallery Theatre.  Our theme is ‘Standing on the Shoulders of’ so let the show begin.”

With the seal broken, a dozen (or so) women took the stage and all performed some free style dancing.  Then, one by one, they took center stage stated their name and intoned, “I’m standing on the shoulder of…” and testified to whose shoulders they were standing on; from their Mother’s to their Grandmother, to a teacher, to a famous author, comedian and actress.  So powerful and poignant were their stories, I now wish I had recorded all they said for posterity.

The Award show was Co-hosted by Hattie Winston and Ted Lange; two stage and screen veterans who have very powerful “Standing on The Shoulders…” stories of their own.

Hattie Winston is a stage, screen and film actor. She starred opposite Ted Danson in the CBS comedy Becker. Her film credits include such hits as Quentin Tarantino’s Jackie Brown, Living Out Loud with Holly Hunter and True Crime with Clint Eastwood. She is a founding member of the Negro Ensemble Company in New York City.  When not performing, Hattie Winston devotes herself to Onyx Village, an organization she founded to teach African-American children about their history through cultural events.

Ted Lange is a gifted actor of stage and screen, revered director, and prolific writer.  Ted Lange penned twenty-three plays and directed three Shakespearean plays.  Lange starred as Isaac Washington in the TV show Onyx Village for ten seasons. Combining all his talents, Lange wrote, acted, directed, and produced his new play, Let Freedom Ring in Los Angeles.  A historical dramedy about the liberty bell, the play is based on a true story . . . almost.

Six awards were bestowed this evening, and all were accompanied by short film detailing the work and achievements of the six women recipients.

What follows is a rundown of the evening’s awards:

The Rainbow Award:  (Recipient) Leslie K. Johnson – bestowed for  individual, diverse contributions in fostering non-traditional and multicultural theatre works.  Johnson is Director of Social Strategy, Innovation and Impact for Center Theatre Group (CTG), one of the largest and most active theatre companies in the nation, programming seasons year-round at the Ahmanson Theatre, the Mark Taper Forum, the Music Center of Los Angeles as well as 317-seat Kirk Douglas Theatre in downtown Culver City.  Leslie also served as the Director of Education and Community Partnerships for seven years, before her promotion to lead the strategic, creative and visionary the development, operation and evaluation of all CTG’s education and engagement program; and serve as the theatre’s chief diversity officer.  Check out the website: https://www.centertheatregroup.org/

The second recipient to receive a Rainbow Award was Estelle Campbell.  Currently Managing Director of Sierra Madre Playhouse, Ms. Campbell has produced over 20 Equity signatory productions in the Los Angeles area.  Campbell has opened up major roles for women and artists of color in such classics as Anna in the Tropics, Our Town, To Kill a Mockingbird, Deathtrap (Ovation Award), The 25th Annual Putnam County Spelling Bee (Ovation Award) and many other nominated plays. The Hollywood Times has had the pleasure to see many of the her plays at Sierra Madre Playhouse and all conveyed a magic and intimacy that only community theater can. Visit >>>  http://sierramadreplayhouse.org/.

The Maverick Award: (Recipient) Paulina Sahagun – in recognition of the high standard of individuality and self-styled creativity that Sahagun brings to her work as a theater artist, writer and educator. Sahagun has toured extensively throughout Mexico and the United States with Mexican and Chicano theatre ensembles.  Paulina is also a solo performing artist with Great Leap, a multicultural arts organization.  Additionally, she wrote, acted, directed and produced Calaverando, a physical mask theatre piece that reflects humanities insanities infused by the political, satirical and humorous work of the Great Mexican Artist, Jose Guadalupe Posada. Ms. Sahagun’s work within the community focuses on restoring and honoring the cultural origins that strengthen the identity of its members.

Integrity Award: (Recipient) Megan Cavallari – this award was presented to an artist or individual who has brought credibility and dignity to her work, went to Megan Cavallari.  Ms. Cavallari has worked on more than 50 film scores as performer, arranger, conductor or composer.  She has composed for the L.A. Kings, has worked on 25 television shows, 16 stage musicals, and written hundreds of songs, jingles, and assorted musical offerings.  She was the vocal assistant and vocalist for Danny Elfman on Tim Burton’s The Nightmare Before Christmas.  Ms. Cavallari launched The Talk Foundation Project, where she records the thoughts and observations of children with life-threatening and chronic diseases. She also faces the challenges of raising a twelve-year old daughter with juvenile arthritis.  Ms. Cavallari told the story of when she was a little girl and her teacher asked her class what they wanted to be when they grew up and the boys all said rich, and she said she wanted to be Leonard Bernstein and they all laughed and she walked out of the class and went home. Her mother asked her why she was home early and Megan told her what happen and her mother told her “don’t ever listen to anyone else but yourself.”  Megan said she wants to continue to compose music and to change the world! That art sets you free!  To find out more about Megan’s work and The Talk Foundation, check out her website: http://megancavallari.com/

The Eternity Award: (Recipient) Barbara Morrison – is given to an artist or individual whose lifetime achievements have made a lasting contribution to the world of theatre went to Barbara Morrison.  Morrison is a Grammy® nominated jazz and blues vocalist, her musical career spans four decades, performing with the Count Basie Orchestra, the Clayton-Hamilton Orchestra, Doc Severinsen’s Big Band, and with artists ranging from Ray Charles and Dizzy Gillespie to Tony Bennett and Keb Mo.  Treasured in Los Angeles, her career has taken her all over the world. Also an educator, her Barbara Morrison Performing Arts Center in Leimert Park serves as a training ground for a new generation of actors, musicians and dancers from an underserved community. Her future projects include the California Jazz and Blues Museum. Ms. Morrison told a story about her father in the hospital and him asking her about what she wants in life.  She wanted to be somebody and perform and he told her to go out and do that and he would always help her.  He told her later in her life that he was proud of her and what she has done in her career. Visit her webpage to see information about Jazz Appreciation Month “Broadway In Leimert Park,” Fundraiser for the California Jazz & Blues Museum, April 1st – 30th at www.barbaramorrison.com

The Infinity Award, presented to an artist who has passed on and leaves behind a legacy that will be remembered was given posthumously to the late Doris Roberts who passed April 17, 2016.  The Emmy Award-winning actress known best for her performance as Marie Barone on Everyone Loves Raymond, Born Doris May Green November 4, 1925, in St. Louis, Missouri, Roberts took her stepfather’s name, which became her professional name. Roberts took drama lessons when she was young, working odd jobs to raise money for tuition.  She appeared on many TV shows and after beginning her professional acting career in the early 1950s, decades would pass before she had a regular, notable role. It was in 1996 that Roberts took the role that would become her signature – Marie Barone, on the hit sitcom Everybody Loves Raymond. She appeared in all 210 episodes over nine seasons, the only star other than the lead actor Ray Romano to do so.  Roberts won four Emmy Awards, and American Comedy Award, a Screen Actors Guild Award and more.

In addition to her acting career, Roberts wrote the autobiography “Are You Hungry, Dear? Life, Laughs and Lasagna,” and in 2002, she testified before Congress about the prevalence of age discrimination in Hollywood. Doris Roberts supported animal welfare organizations such as Puppies Behind Bars, and she served as chairwoman on the Children with AIDS Foundation. She will be missed.

World-renowned Broadway actress, singer Eloise Laws was the performer for the evening.  Eloise Laws is a singer and a member of the prominent Laws family of musicians from Houston, Texas.  Known to her fans simply as “El,” she is a performer and author with more than 30 years experience in the entertainment industry.  She continues to perform worldwide, including Japan where she performed at the Cotton Club alongside her brother Hubert, Ronnie Laws and sister Debra Laws. She was bestowed the esteemed Cherry Blossom Award at the Tokyo Music Festival.  Eloise Laws is a legendary songstress who will appear for one performance only in the award-winning 1940’s jazz musical, North on South Central Avenue at the Warner Grand Theatre in San Pedro on Mary 26, 2017. To find out more about this event and others, please check out her website:  http://eloiselaws.com/.

Of course none of the above festivities would be possible without Barnsdall Art Park itself. The eleven and a half-acre site was donated to the City of Los Angeles by Aline Barnsdall in 1927 with the stipulation that the site must, “forever remain a public park …for the enjoyment of the community in general (and that) no buildings be erected except for art purposes”. The jewel of the site is Hollyhock House. Designed by Frank Lloyd Wright; the house will soon become a UNESCO World Heritage site and houses The Municipal Art Gallery, The Junior Arts Center and The Barnsdall Gallery Theater. The Barnsdall Art Park serves the community as an art mecca, educational center and performance space for local artists, both accomplished and budding. Visit the Barnsdall Art Park website at >>> info@barnsdallartpark.org

Art and culture is alive and well and living in Los Angeles’ Barnsdall Art Park.