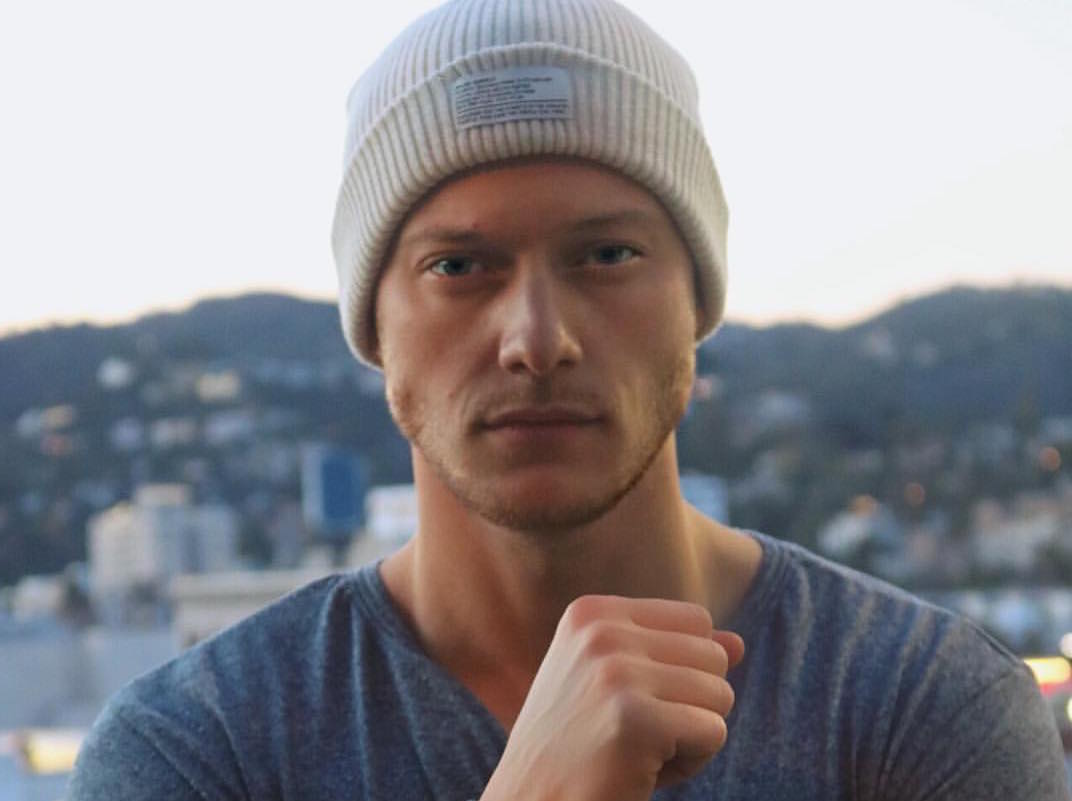 Los Angeles, CA (The Hollywood Times) 03/23/17– As I arrive at Hollywood’s hotspot for vegan food, Cafe Gratitude, I’m met with a warm smile and embrace by Johannes Bartl and his two huge biceps. The vegan superstar ordered a usual spread of various indulgent entrees. Not that you’d tell from his abs, which are regularly displayed on his, ever so popular Instagram account, but Johannes regularly eats over 3,000 calories a day.

“People don’t realize that it took years of hard work and late night gym sessions to be able to eat the way I do now”, Johannes Bartl. A mantra that he has taken through his body building & fitness career in Austria, bringing him to the bright lights of La La Land. “My mom always said, you don’t have time, you make time”, Bartl. It seems that all his hard work is definitely paying off.

Within 6 months he went from 5,000 followers to 600,000 followers on Instagram and YouTube, hitting the much coveted 100K mark in YouTube subscriptions. An achievement that comes with vast benefits and responsibility. Something which Johannes doesn’t take lightly. “I want to show people, that with persistent hard work and consistency, big dreams can become reality”, Bartl.

Having moved to Los Angeles 2 years ago, Johannes pursued his acting dreams, studying Acting for Film, and going on to star in several short films, such as “Forbidden Melody”, which took home 3 awards at the Indie Fest Film Awards. It’s clear that his huge social media following has opened doors quite rightly for Johannes and continues to do so, on a daily basis. Meeting with top agencies, making brand deals and filming with some of the most famous social media stars in the world, such as Amanda Cerny or Logan Paul is just all in days work for this vegan fitness fanatic.

“I love knowing that making videos, can really influence people in a positive way.” As he continues to build his ever-growing “Youtube Fitness Community”. From his first video in July 2016 to now, Johannes has carved out a path for his acting career and online presence, something which is getting him noticed here in Hollywood.

With no signs of slowing down, Bartl’s future is certainly going to be extraordinary. His ever-growing presence and natural-born talent, are about to catapult him into success overdrive, with no limit to how far this guy can go.

Something that’s crystal clear, his down to earth approach to life and positive attitude hasn’t changed one bit. He’s still the same charming guy, that any girl would dream to take home to their mom.

If you don’t know him now, you soon will do. Keep you’re eyes peeled, for the next Hollywood sensation, actor, social media star and vegan fitness model, Johannes Bartl.