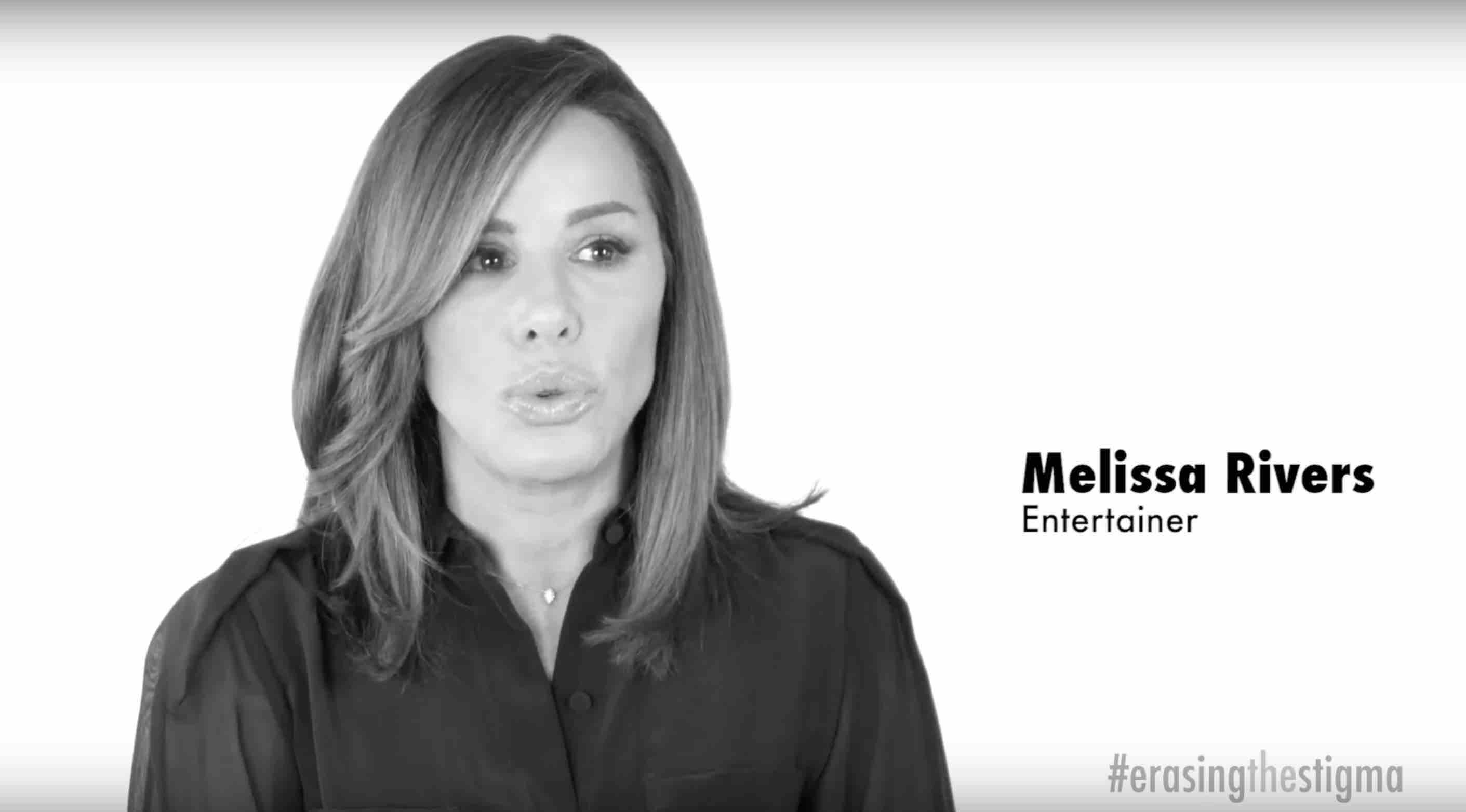 May 18, 2017 01:00 pm – Didi Hirsch Mental Health Services, the Los Angeles nonprofit that is home to the nation’s leading Suicide Prevention Center, today launches “Stigma,” a nationwide digital campaign that is aimed at erasing the stigma of mental illness.

The campaign includes a series of short videos that feature a diverse cross-section of Didi Hirsch clients, staffers, Board members and celebrities talking candidly about their or a family member’s experience with mental illness.

The lead video focuses on “Fashion Police” Co-Producer Melissa Rivers, who lost her father to suicide. Melissa emceed Didi Hirsch’s Erasing the Stigma Leadership Awards last month and was an honoree in 2016.

“We all hurt. We all have stuff we’re embarrassed by. You can’t wish these things away. So why hide them?” Rivers says in the video.

Funded by East West Bank Foundation, the video campaign is part of Didi Hirsch’s mission to provide mental health, substance use and suicide prevention services to children and adults in communities where stigma or poverty limits access. The videos capture personal stories of hope and inspiration about people who have survived and thrived through a mental health crisis.

Didi Hirsch, which has been serving the community for 75 years, launched its Erasing the Stigma Leadership Awards in 1997, at a time when few people spoke openly about mental health challenges. In the past 21 years, the organization has honored dozens of artists, authors and advocates who have helped erase the stigma of mental illness.

“The videos illustrate that mental illness is no different from any other kind of illness such as diabetes or high blood pressure and can be managed successfully with therapy and medication,”

“People aren’t typically ashamed to admit they have a physical illness. The same should be true of mental disorders-especially since one in five Americans will experience mental illness in any year.”