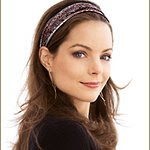 On Sunday, June 4, 2017, Kimberly Williams-Paisley and The Blair Garner Show will host the inaugural “Disco Party” to benefit the Alzheimer’s Association.

Taking on a new twist to raise awareness in the fight to end Alzheimer’s disease, Brad Paisley and top country artists will perform disco hits from the 1970s and 1980s.

“The Alzheimer’s cause is important to our family. After we lost my mom to this devastating disease earlier this year, we wanted to help raise more awareness and funds for research. What better way to do that than to harness the amazing talent here in Nashville,” said Kimberly Williams-Paisley. “

In addition to Brad’s performance, we are looking forward to revealing other artists who will be showing their funky side. It’ll be a one-of-a-kind event that fans and generous supporters of the cause will not be able to experience anywhere else.”

A chance to win a trip to the Disco Party as the personal guest of Kimberly Williams-Paisley and Brad Paisley is available through Prizeo.com. For each $10 donation to the Alzheimer’s Association at Prizeo.com/DiscoParty, fans will be entered to win airfare, hotel accommodations, and VIP tickets to the Disco Party for the winner and a guest, as well as the opportunity to meet Kimberly and Brad at the event. Donations to enter may be made until 3:59 p.m. PDT on May 16.

This groovy evening in Nashville will also include a silent auction with exclusive packages available for bidding both in person and online.

For more information and to purchase tickets, please visit www.alz.org/discoparty.