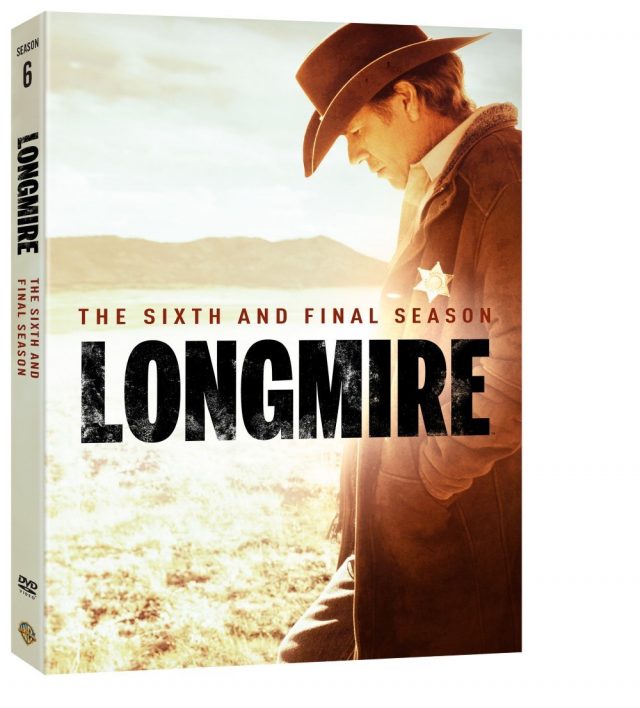 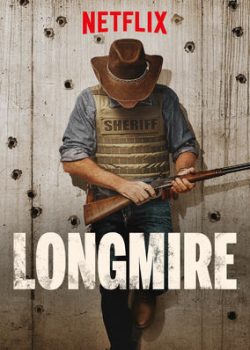 Featuring All 10 Episodes of the Beloved Series Final Season

Get the Blu-Ray™A Warner Archive Collection

Longmire: The Complete Series, Featuring All Six Seasons, Will Also Be Available Day-and-Date

The devoted fans of Sheriff Walt Longmire will get to enjoy his thrilling last ride as Warner Bros. Home Entertainment releases Longmire: The Sixth and Final Season on DVD. All 10 episodes of the Western crime drama’s riveting final season will be available on November 20, 2018 for $24.98 SRP. All six seasons will also be available for fans to own in one complete set. Longmire: The Complete Series will retail for $99.99 SRP on November 20th. In addition, Longmire: The Sixth and Final Season is available on Blu-rayTM courtesy of Warner Archive Collection. The Blu-rayTM release includes all 10 one-hour episodes, and is also arriving November 20, 2018. Warner Archive Blu-ray releases are found at wb.com/warnerarchive and your favorite online retailer.

Longmire: The Sixth and Final Season will be available to own November 20, 2018 on Digital via purchase from digital retailers. 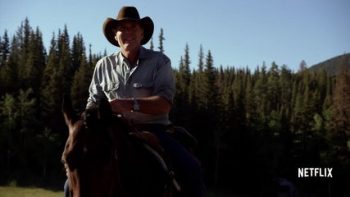 Season Six of Longmire finds Wyoming Sheriff Walt Longmire (Robert Taylor), his deputies Vic Moretti (Katee Sackhoff) and The Ferg (Adam Bartley), his best friend Henry Standing Bear (Lou Diamond Phillips), and daughter Cady (Cassidy Freeman) facing the biggest personal and professional crises of their lives. Walt’s job and home are under threat by a powerful, unscrupulous lawyer. Vic must decide what to do about her secret pregnancy. Ferg struggles to balance a new relationship with his commitment to his job. Cady is torn between her loyalties to her father and Jacob Nighthorse (A Martinez). 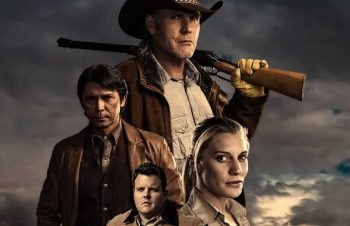 Henry’s life is in danger with an old nemesis bent on revenge. With their world in turmoil, Walt and everyone he cares about must ultimately face the most difficult decision of their lives: Is it time to pack it in? Or will they fight to the end?

“We are thrilled to bring one of the most devoted fanbases the final episodes of the beloved Longmire series,” said Rosemary Markson, WBHE Senior Vice President, Television Marketing. “The release of Longmire: The Sixth and Final Season will complete the collection for fans who have been devoted to this Western suspense-thriller and ensure that they receive a proper ending to the drama.” 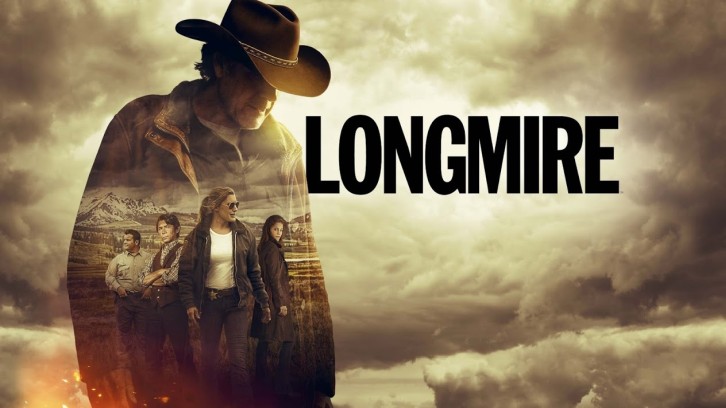 The sixth and final season of Longmire will also be available to own on Digital on November 20, 2018. Digital purchase allows consumers to instantly stream and download all episodes to watch anywhere and anytime on their favorite devices. Digital movies and TV shows are available from various digital retailers including Amazon Video, iTunes, Google Play, Vudu and others.

Warner Bros. Home Entertainment (WBHE) brings together Warner Bros. Entertainment’s home video, digital distribution and interactive entertainment businesses in order to maximize current and next-generation distribution scenarios. An industry leader since its inception, WBHE oversees the global distribution of content through packaged goods (Blu-ray Disc™ and DVD) and digital media in the form of electronic sell-through and video-on-demand via cable, satellite, online and mobile channels, and is a significant developer and publisher for console and online video game titles worldwide. WBHE distributes its product through third party retail partners and licensees.

Warner Archive Collection (WAC) continues to serve as host to some of the most beloved films, television series and animated entertainment in history – and many are now available on Blu-ray. WAC’s canon runs the gamut from restored and remastered Blu-ray classics such as The Americanization of Emily, The Big Sleep, The Great Race, She Wore a Yellow Ribbon, Victor/Victoria and Yankee Doodle Dandy to adored TV offerings such as Longmire (on Blu-ray), Alice and Family Matters (on DVD) to feature-length animated films, including the recent Blu-ray release of Batman: Mask of the Phantasm, to animated TV series headed by recent Blu-ray releases such as Justice League Unlimited, Teen Titans, Batman: The Brave and the Bold and Young Justice, as well as a wealth of classic animated series on DVD including dozens of Hanna-Barbera classics. WAC offerings can be found via wb.com/warnerarchive and your favorite online retailer.