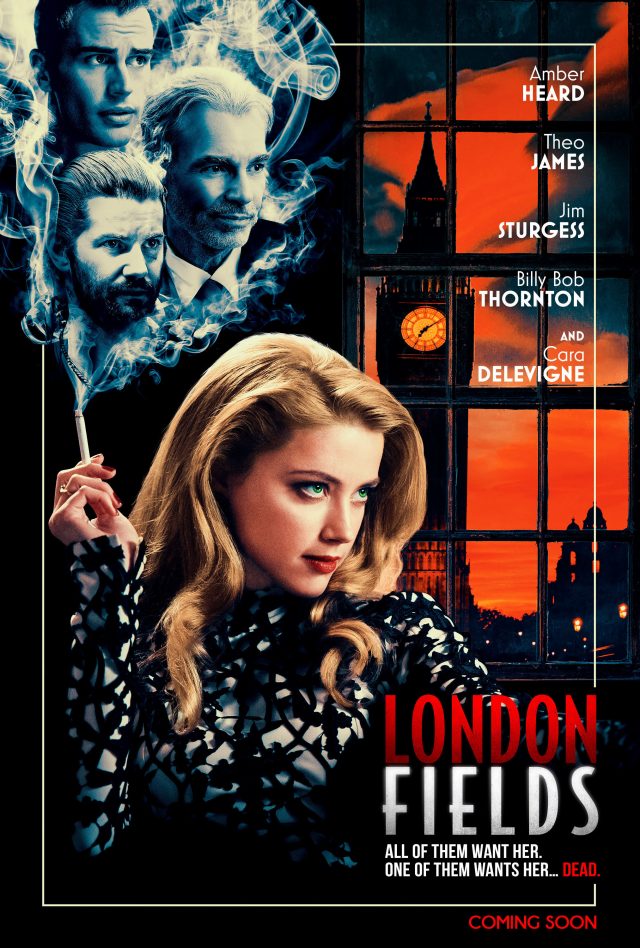 Hollywood, CA (The Hollywood Times) 10/28/2018 – London Fields, directed by Mathew Cullen is an adaptation (with Roberta Hanley) of the successful Martin Amis novel – a black comic murder mystery that was published in 1989 and it probably seemed like a good idea. The noir crime thriller is set in 1999 London and has a star-studded cast – Billy Bob Thornton, Johnny Depp, Amber Heard, Jim Sturgess and Theo James – that can’t save the fiasco that unfolds. 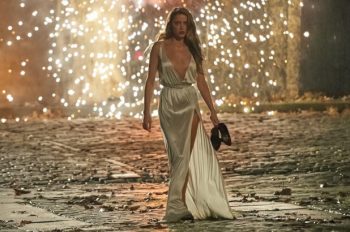 Sturgess is simply unbelievable and all the men are badly cast around the psychic Nicola (Heard) who awaits her birthday and her present – death. Heard is a gorgeous, yet predictably boring femme fatale.

Wasted are the talents of cinematographer Guillermo Navarro (Pan’s Labyrinth) and production designer Jeremy Reed (Factory Girl) in a film that never brings the audience in to care if Nicola lives or dies.

A dying New York novelist, Samson Young (Thornton) arrives and has switched flats with a successful author which rests under Nicola’s (Heard). She becomes his upstairs inspiration for his last book. Samson is the narrator (overly so) in a long winded tale of… who cares?

There is nothing enlightening or entertaining in this production. In a society that is depicted as lustful and wild – what is left out is invigorating or sexy. The dueling lovers and throwing in Johnny Depp as Chick the smarmy, scarred loan shark never lures or hooks us in.

Rated: R, for sexual content/nudity, language throughout, some violence and drug use