‘LIVE’S AFTER OSCAR® SHOW’ RETURNS FOR A NINTH YEAR TO CELEBRATE HOLLYWOOD’S BIGGEST EVENT ON MONDAY, FEB. 10, AT 9:00 A.M. EST

On Feb. 10, Kelly Ripa and Ryan Seacrest will bring daytime TV’s No. 1 entertainment talk show back to the Dolby Theatre® at Hollywood & Highland Center® for “Live’s After Oscar® Show” in their salute to Hollywood’s biggest night. The exciting annual broadcast will air live – from the very same stage as the Oscars® – in national syndication on Monday, Feb. 10, at 9:00 a.m. EST (check KellyandRyan.com or local listings for time and station). The special will include the TV debut of GRAMMY®-nominated pop superstar Kesha’s new song, “Tonight,” off of her acclaimed latest album “High Road.” 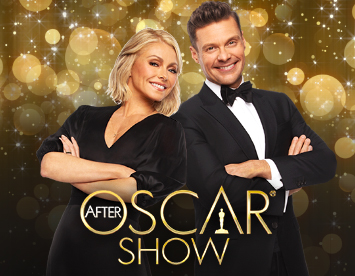 Now in its ninth year, “Live’s After Oscar Show” telecast celebrates the night’s biggest stars and moments. The special is a ratings winner for the nationally syndicated program, ranking as its top-rated telecast of last season. In 2019, “Live” was daytime’s highest-rated entertainment talk show across all key measures.

“The success of ‘Live’ is a testament to the partnership of Kelly Ripa and Ryan Seacrest,” said Wendy McMahon, president of ABC Owned Television Stations. “Their hard work, professionalism and infectious chemistry drive the show’s performance, making their connection to millions of people every day look effortless.”

“As we head into the ninth year of ‘Live’s After Oscar Show,’ Kelly and Ryan will once again bring our fans into the heart and excitement of the Oscars experience,” said Debra O’Connell, president and general manager of WABC. “Every single member of the ‘Live’ cast and crew has put forth a herculean effort to broadcast this live special, and being able to share this moment with millions of viewers and seeing the positive ratings makes all the time and energy worth it.”

On the heels of last year’s iconic show open with Kelly and Ryan’s salute to “A Star Is Born,” this year they are raising the bar with a loving and hilarious pre-taped homage to the 2020 Oscar-nominated motion pictures.

In addition, entertainment reporter, author and TV host MARIA MENOUNOS is on board to host a special Facebook Live pre-show, as Kelly and Ryan countdown to the live broadcast. She’ll also team up with “Queer Eye” star JONATHAN VAN NESS to break down the fashions and style trends for Ripa, Seacrest and the “Live” audience. 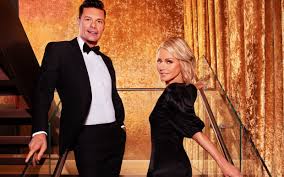 All of this is in addition to Kelly and Ryan highlighting the standout moments from the night before, with exclusive backstage interviews that capture the winners’ emotions minutes after they accept their Oscar statuettes. “Live” also showcases the iconic Oscars red carpet, capturing the glamorous looks of Hollywood’s A-list celebrities as they make their way toward the Dolby Theatre.

For the 2020 edition of “Live’s After Oscar Show,” the program has teamed up with Mercedes-Benz USA and the all-new 2020 Mercedes-Benz GLS, the pinnacle of luxury SUVs.

Mercedes-Benz USA (MBUSA), headquartered in Atlanta, is responsible for the distribution, marketing and customer service for all Mercedes-Benz products in the United States. MBUSA offers drivers the most diverse lineup in the luxury segment with 15 model lines ranging from the sporty A-Class sedan to the flagship S-Class and the Mercedes-AMG GT R. MBUSA is also responsible for Mercedes-Benz products in the U.S. More information on MBUSA and its products can be found at www.mbusa.com and www.mbvans.com. Accredited journalists can visit our media site at www.media.mbusa.com.

About “Live with Kelly and Ryan”

“Live with Kelly and Ryan” is distributed in national syndication by Walt Disney Direct-to-Consumer and International, the global content sales and distribution segment of The Walt Disney Company.  The show is produced by WABC-TV in New York and executive produced by Michael Gelman, Kelly Ripa and Ryan Seacrest.  Visit “Live” on the web (KellyandRyan.com), Facebook,