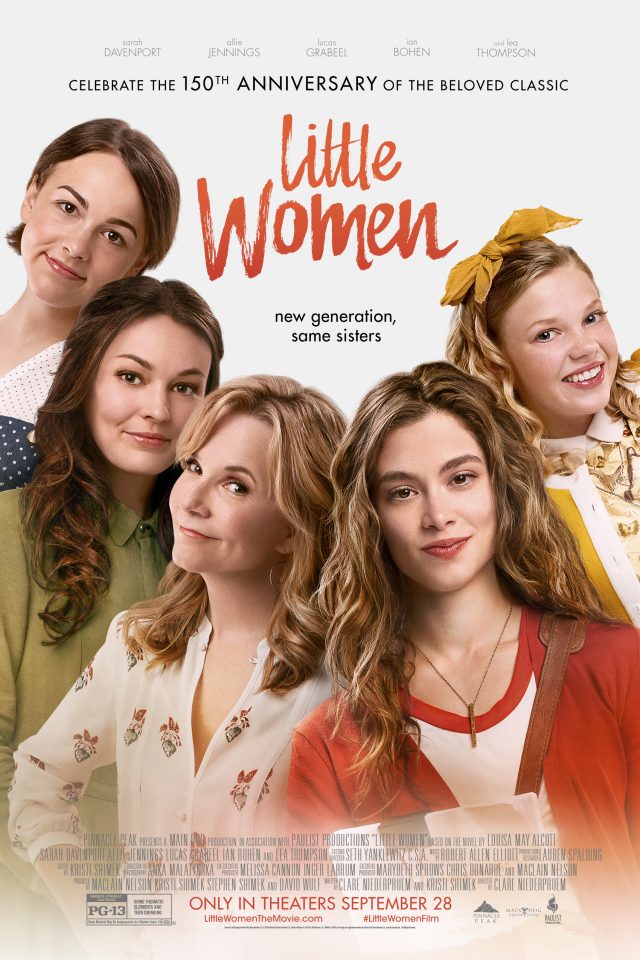 Hollywood, CA (The Hollywood Times) 9/28/18 – Clare Niederpruem didn’t plan for her modern adaptation of the classic feminist novel  “Little Women” to coincide so perfectly with the current wave of feminism.  At her Monday night premiere, (attended by every recognizable face out of Utah that actually belongs in Hollywood) the glowing young director said it just happened to work out that way.

“We actually wrote it and filmed it before the ‘Metoo” movement happened,” Niederpruem told THT.  “The ‘Metoo’ movement was the conclusion of this long process, all this has been going on for a long time.  ‘Metoo’ was just kind of our wake up call.”

Prior to the movement that shook the very foundations of the industry with public disclosures concerning Hollywood magnate Harvey Weinstein, Niederpruem said she was “inspired” by Alcott’s tender exploration of the March sisters attempting to carve their own identities into a firmly patriarchal, mid and post-Civil-War world.

“(Co-writer) Kristi Shimek and I were really inspired by Louisa May Alcott’s words,” she said.  “She was really a pioneer in the feminist movement.  She was all about women supporting other women, and we felt like that was a story that we needed to tell.”

Niederpruem has deftly, gracefully, brought the time-honored story into a modern setting and made it accessible to the current generation with humor, warmth, and strength.  Not the least of her accomplishments was bringing on Lea Thompson as beloved March matriarch Marmee.

Niederpruem had relayed the script to Thompson through a friend, and Thompson had “really related to the script” and wanted to meet Niederpruem.  “I was terrified!” she laughed.  “But she was so warm, and she’s an advocate for women, and she wants to support female directors.  It’s really hard for a first time director to get a name signed on.  So for an actor of her caliber to agree to do it was amazing.”

The two worked well together, which isn’t always possible for two leading personalities.  “She just really trusted me,” said Niederpruem.  “I told her tonight, ‘I’m just really grateful for you, because none of this would have happened if you wouldn’t have said ‘I’m just going to give this girl a chance.’”

Thompson, as grounded and accessible an actor as exists in Hollywood, mingled casually with guests in the lobby during the pre-screening reception.  “What’s really great about this book, is it’s the OG of feminist women writing about women,” Thompson told THT.  “My perception of it when I first read it, in the 70’s, was that it’s not!  At that time, I didn’t get to see it through the eye of the historical lens.  But it’s the OG women’s story written by a woman, and it’s very gentle, and very loving, but very revolutionary.  Like women are.”

The film itself is just as Thompson described.  Gentle, loving, and even today, revolutionary in its relentless celebration of the minds and hearts of women.  Niederpruem, who resides in West Hollywood and can currently be seen on rotation in a starring role as, fittingly enough, “Jo,”  in “Nocturne” on Showtime, has clearly “made it.”  Monday she was surrounded by industry insiders, and interestingly, her colleagues from the world of Utah film who have migrated to a larger landscape—Kirby Heyborne, the Johnson brothers, Jaclyn Hales, and others.  This talented director is owning the West Coast landscape by doing exactly what she so admires in her star, Lea Thompson. 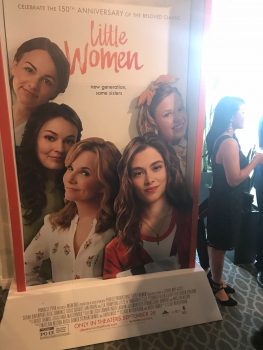 “She’s really true to her word about being a feminist, and about supporting women,” she said.